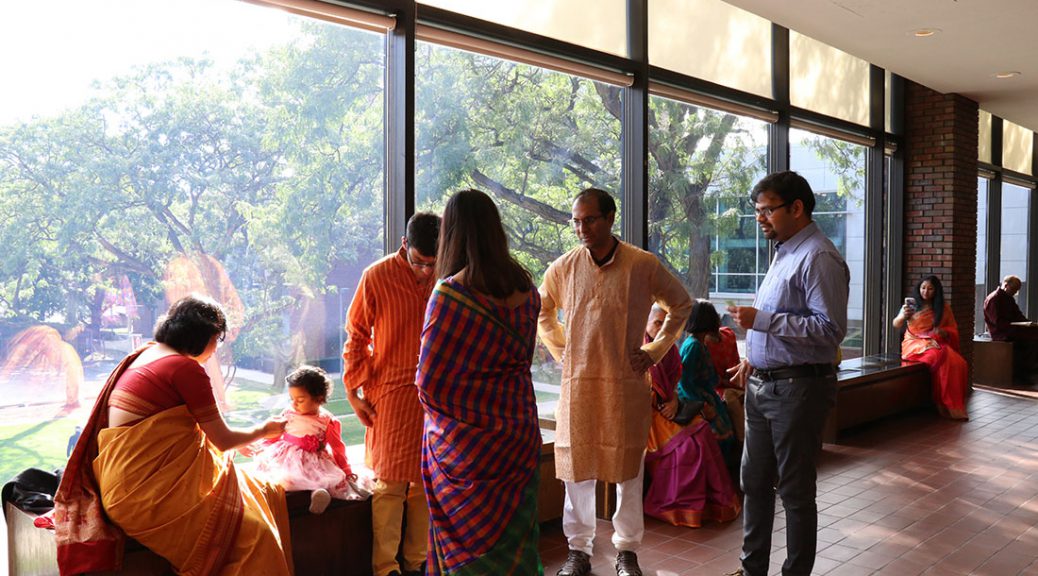 Students and professionals belonging to the Bengali community in Chicago came together for a recent religious and cultural celebration.

Started at the University of Illinois at Chicago (UIC) campus by a group of students in 2007, the celebration is centered around Durga, a Hindu Goddess.

It, however, has turned into “a huge picnic” and “a version of Christmas for Bengalis in Chicago”, according to 26-year-old Indrani Banerjee who is completing her Ph.D. in chemistry at UIC.