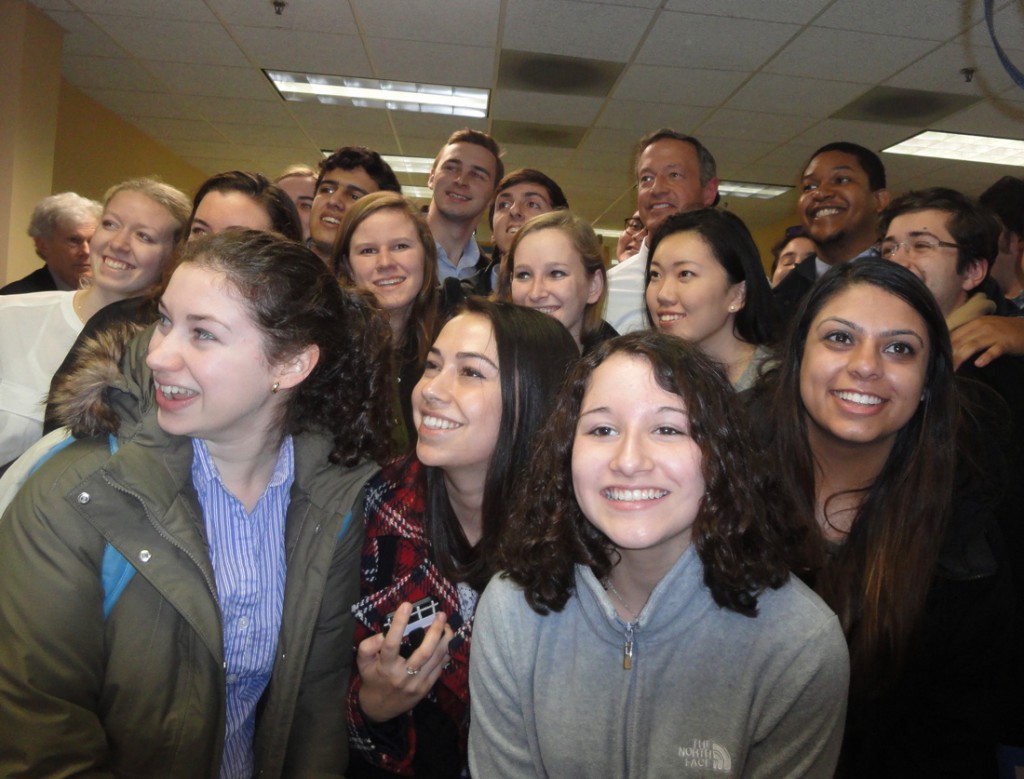 By Enrica Nicoli Aldini IOWA CITY, Iowa – With Hillary Clinton and Bernie Sanders neck and neck in the Iowa polls, not much is being said or heard about the third Democratic candidate, Martin O’Malley. The Des Moines Register’s final poll Saturday night put his support as a meager 3 percent. Worse, 41 percent of […]

Bill and Chelsea get out for Hillary in Cedar Rapids 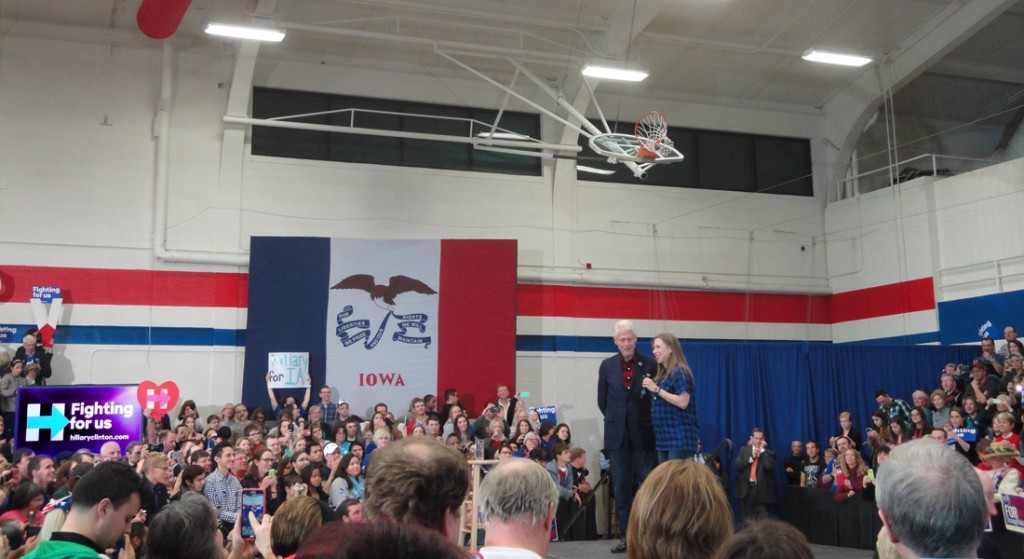 By Enrica Nicoli Aldini CEDAR RAPIDS, Iowa – The Clinton family made a fashionably late appearance Saturday night at Washington High School, in the state’s second-largest city. A mere hour after the Des Moines Register gave Hillary Clinton a slight lead over Bernie Sanders in the polls and 45 minutes after the scheduled time, she […]

Amid aspirations and inspirations, young Iowa Democrats gear up for the caucuses 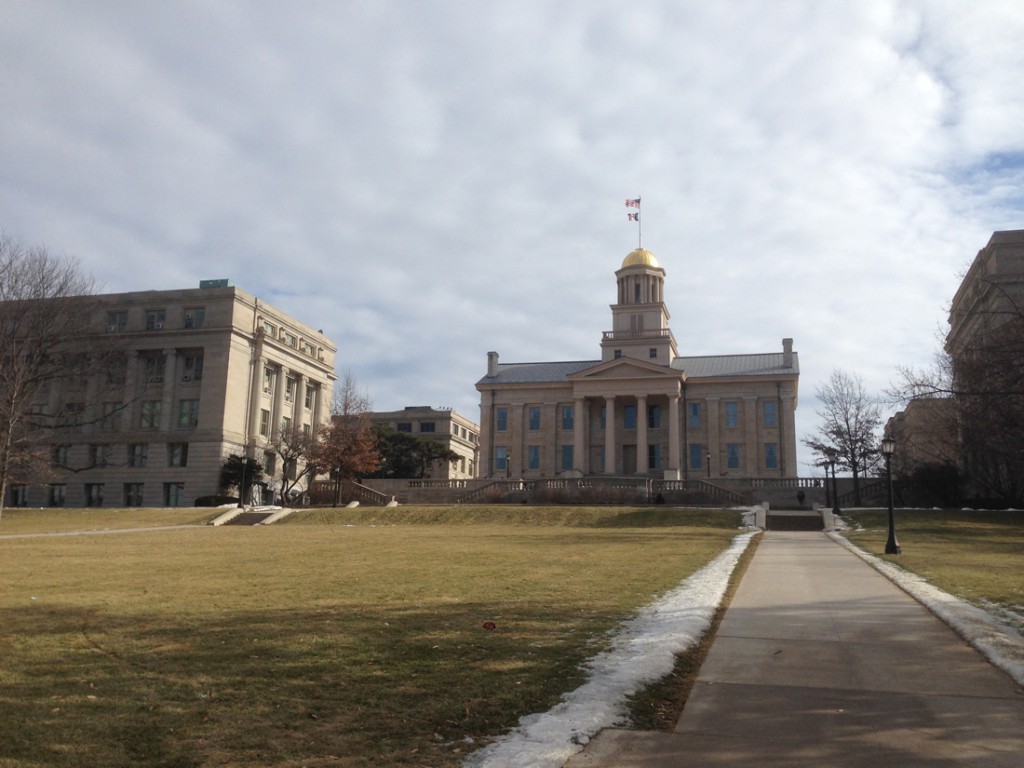 By Enrica Nicoli Aldini IOWA CITY, Iowa – When Hillary Clinton visited Grinnell College in  November, sophomore Anna Schierenbeck told her that when she was just eight years old, her dad suffered a stroke. It left him disabled. The family has been caring for him since. Not even a month later, Clinton announced a plan […] 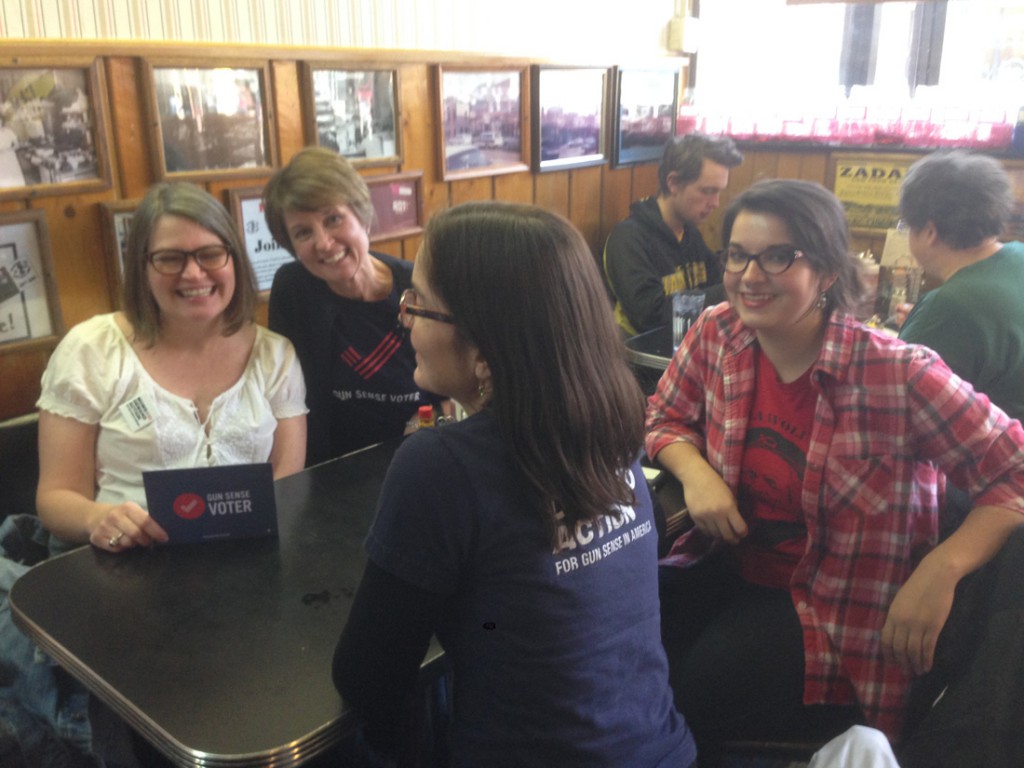 By Enrica Nicoli Aldini IOWA CITY, Iowa – Lunch break at Hamburg Inn, an iconic Iowa City diner that’s an obligatory stop for many presidential hopefuls campaigning out here. We noticed the four women at the table beside ours were sporting t-shirt and pins saying “Moms Demand Action for Gun Sense in America.” The smell […] 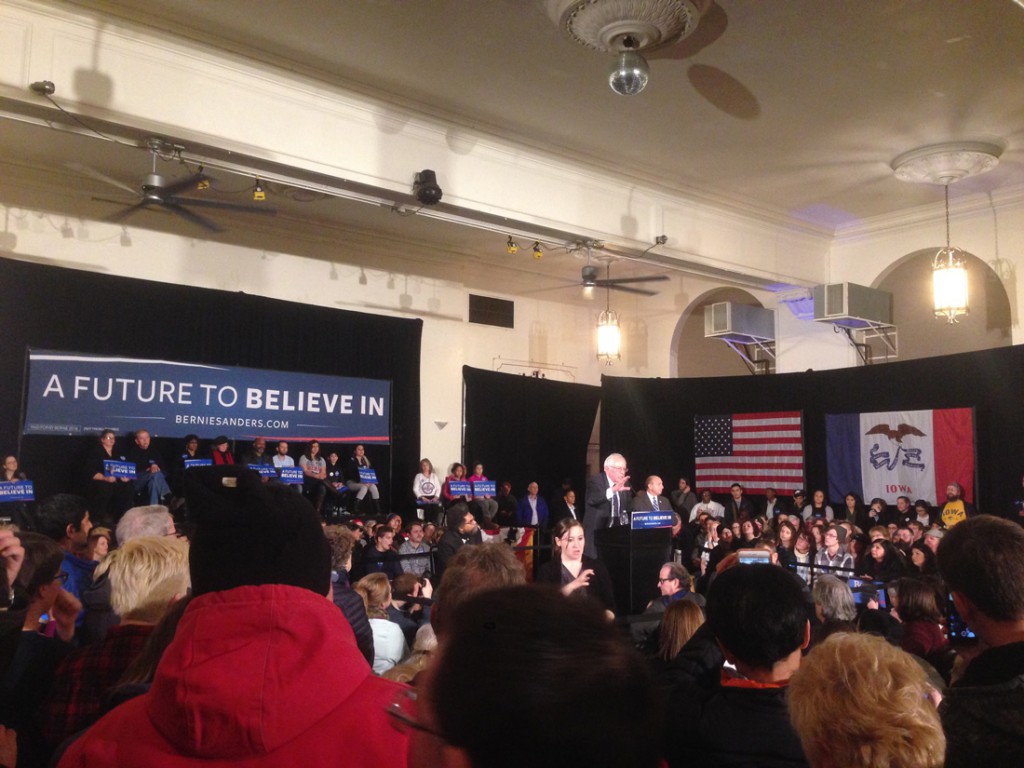 By Enrica Nicoli Aldini DAVENPORT, Iowa – Bernie Sanders is tailgating Hillary Clinton in Iowa. With only four points separating the Democratic frontrunners,  the Vermont senator is working to overtake the former secretary of state in the final days before the Iowa caucuses. Tapping into his ambitions for a political revolution in America, he is […] 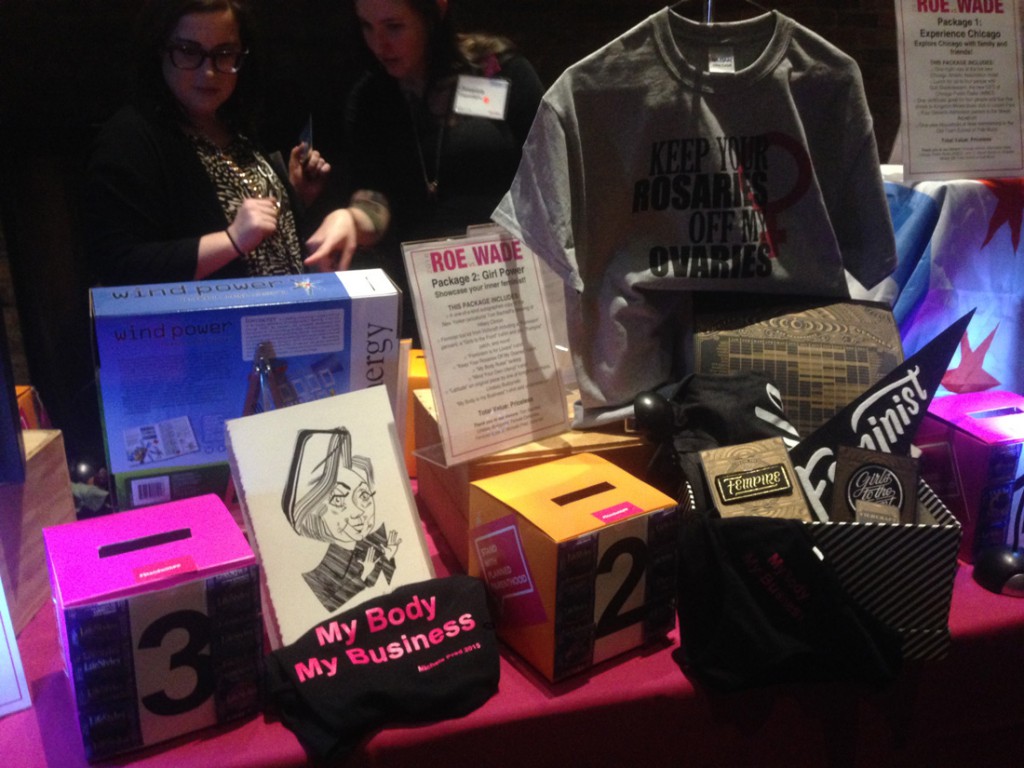 By Enrica Nicoli Aldini It’s been a rough year for Planned Parenthood. Not only have Republicans in Congress repeatedly tried to pass bills to suspend federal funding to the reproductive health services organization, but a Planned Parenthood clinic was also the object of a gunman attack in Colorado Springs, Colo. last November. However, the mood […] 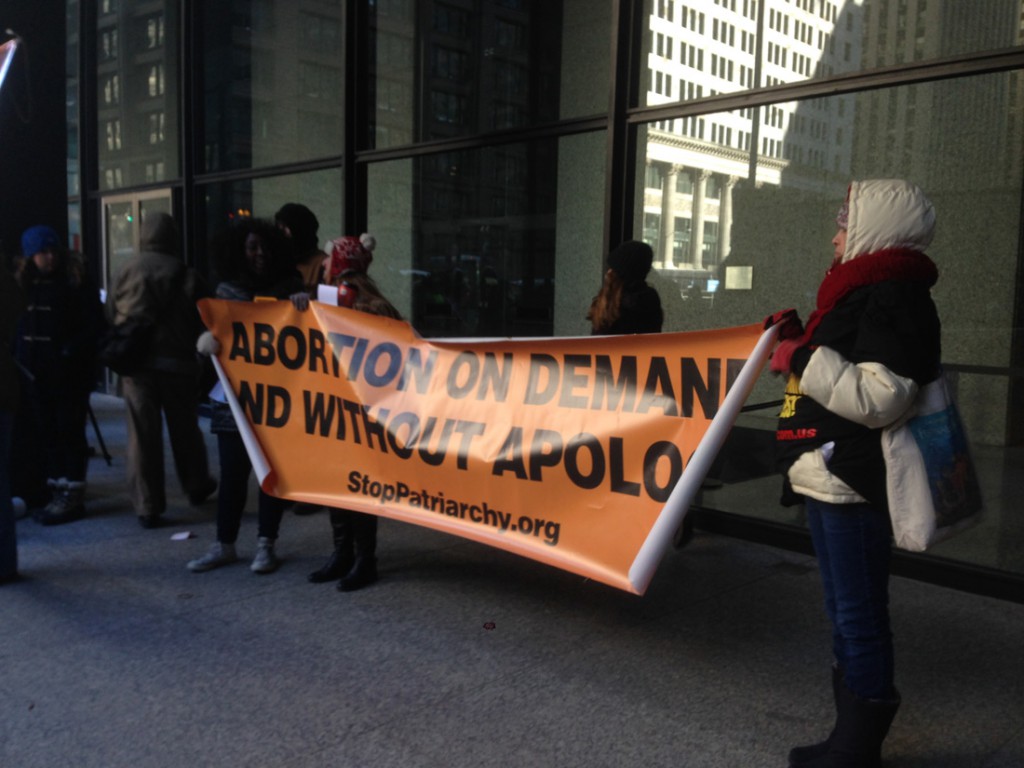 Demonstrators take over Loop to march for women’s reproductive rights 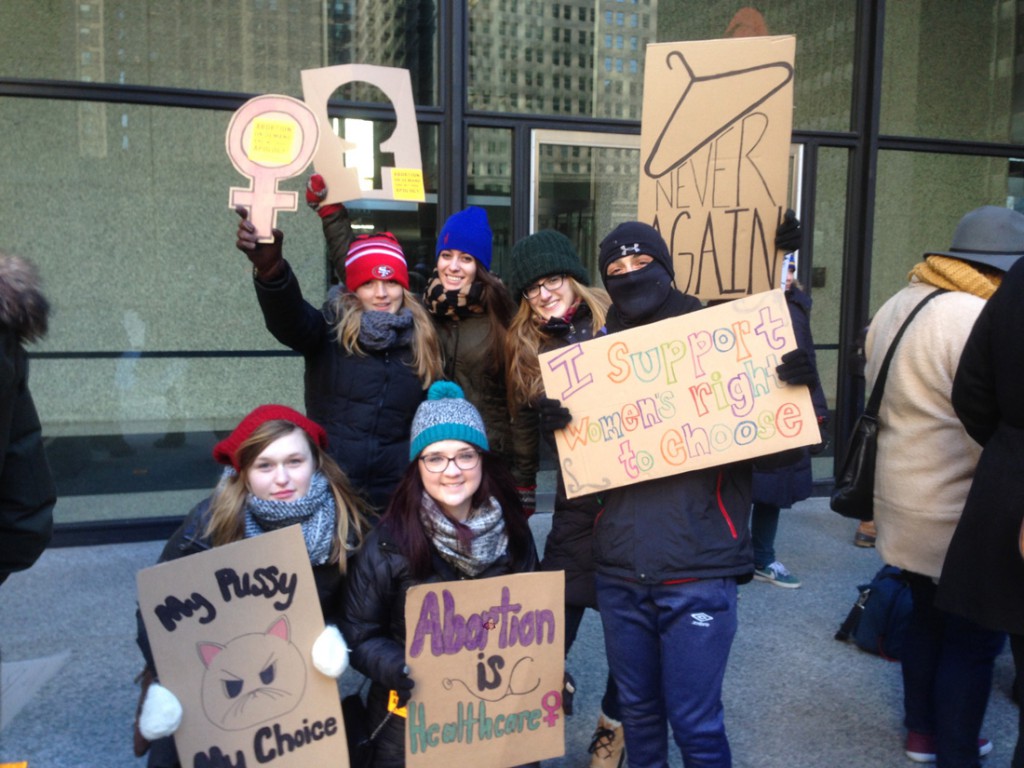 By Enrica Nicoli Aldini Frigid temperatures Sunday caused an expanding crowd of pro-choice marchers to bundle up more than usual on an otherwise clear afternoon at Federal Plaza. Abortion activists with Feminist Uprising to Resist Inequality and Exploitation, a local group also called FURIE, braved below-zero wind chills to march through the Loop, and protest […]

A chance for a change for Cook County Jail women 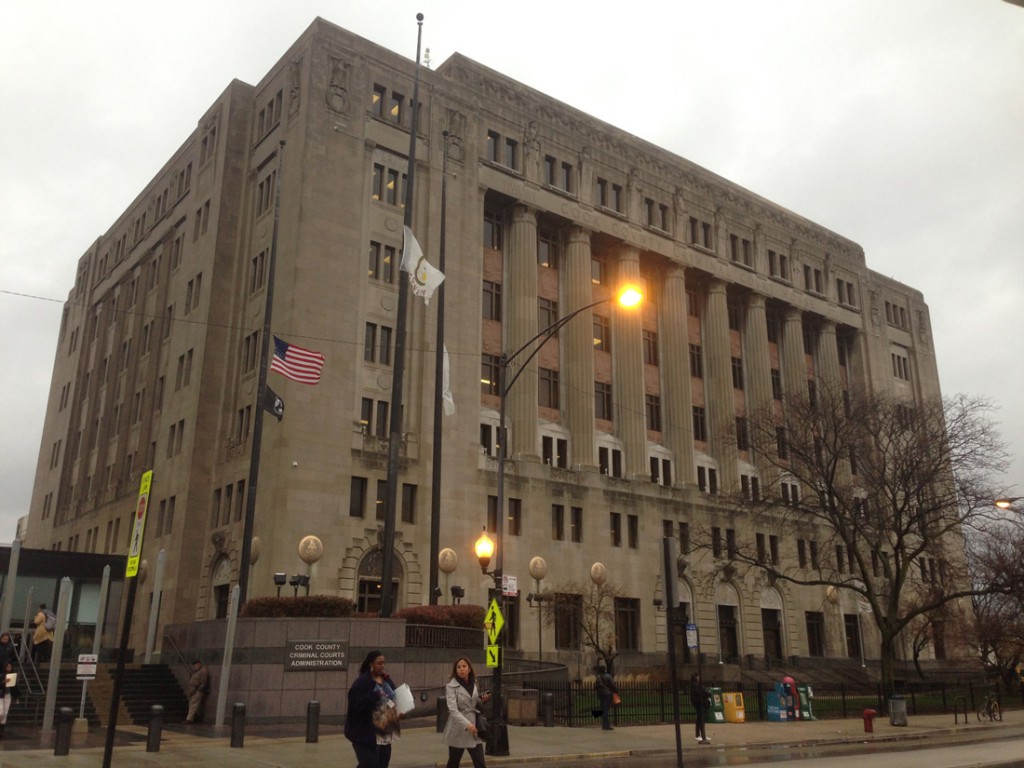 By Enrica Nicoli-Aldini Several colored posters decorate the walls of Division 17 at Cook County Jail, motivating its women residents with words of encouragement such as “Together we can make it.” Light blue walls lead the way up to the Pink Salon, a beauty shop where women can work or get their hair and nails […]