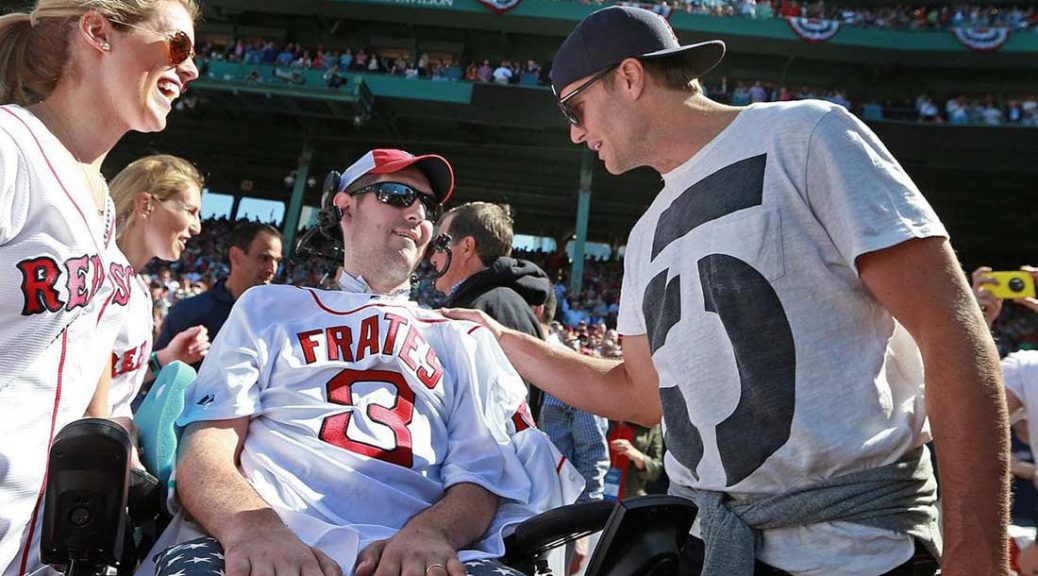 As the Boston College players perch on the top step of the dugout, their arms touch the red flag with a white ribbon that looks like a baseball and has the words “Strike Out ALS” inscribed in blue lettering. No matter where or when they play, the Eagles support and raise awareness for ALS, in honor of their very own Pete Frates who was diagnosed with the disease in 2012. Frates inspired the Ice Bucket Challenge that swept the world for an eight week period in the summer of 2014 and has raised $115 million in the United States and $220 million globally for ALS research.

Amyotrophic lateral sclerosis is known more popularly as Lou Gehrig’s disease. It is a neurodegenerative illness that affects nerve cells in the brain and the spinal cord and causes a progressive degeneration of motor neurons, eventually leading to the demise of muscle function. When these motor neurons die, the ability of the brain to initiate and control muscle movement is lost.

“Pete is the captain of a team that nobody wants to be on,” said Pete’s father, John Frates.

END_OF_DOCUMENT_TOKEN_TO_BE_REPLACED 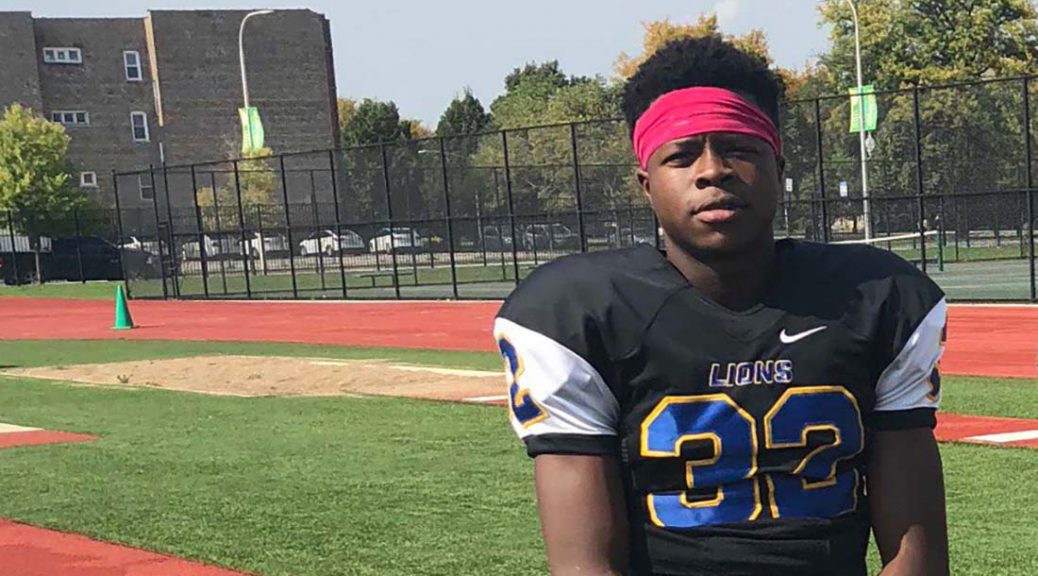 Gunshots sometimes wake Awudu “Dee” Habib in the middle of the night. They can sound as if they’re going off in the bedroom of his fifth-floor apartment. On nights like that, Habib takes cover beneath his bed.

Growing up in Uptown, on the North Side of Chicago, Habib is no stranger to violence. The lure of gang activity lurks outside his door. He’s watched countless friends pulled into that life. People close to Habib have spent time behind bars as a result of gang-related shootings. But Habib has found refuge in the halls of Lincoln Park High School and as a star on the football team under head coach Vincent DeFrancesco.

END_OF_DOCUMENT_TOKEN_TO_BE_REPLACED 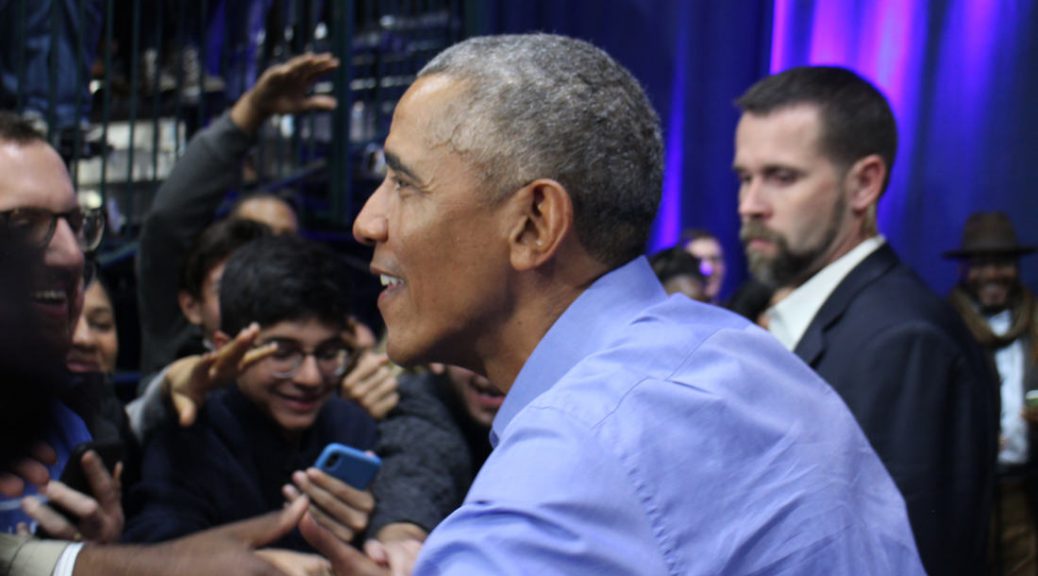 Obama (D) stumped for Illinois Democrats up and down the ballot Sunday evening at the University of Illinois at Chicago, rallying votes for candidates trying to win the governorship and flip the U.S. House.

The entire stadium, packed with people working on campaigns or simply Obama fans in the state where he began his political career, hung on his every word.

The traditional “Yes, we can!” chant echoed through UIC Pavilion as Obama smiled, 10 years after his victorious presidential campaign.
“The victory didn’t belong to me,” he said. “It belonged to you.”

President Obama stumped for candidates up and down the Illinois ballot, including Lauren Underwood and Sean Casten, candidates looking to flip seats in districts that voted for Hillary Clinton in 2016. Both young, dynamic candidates, they looked to ride the wave that Obama’s endorsement would hold for liberal voters.
END_OF_DOCUMENT_TOKEN_TO_BE_REPLACED 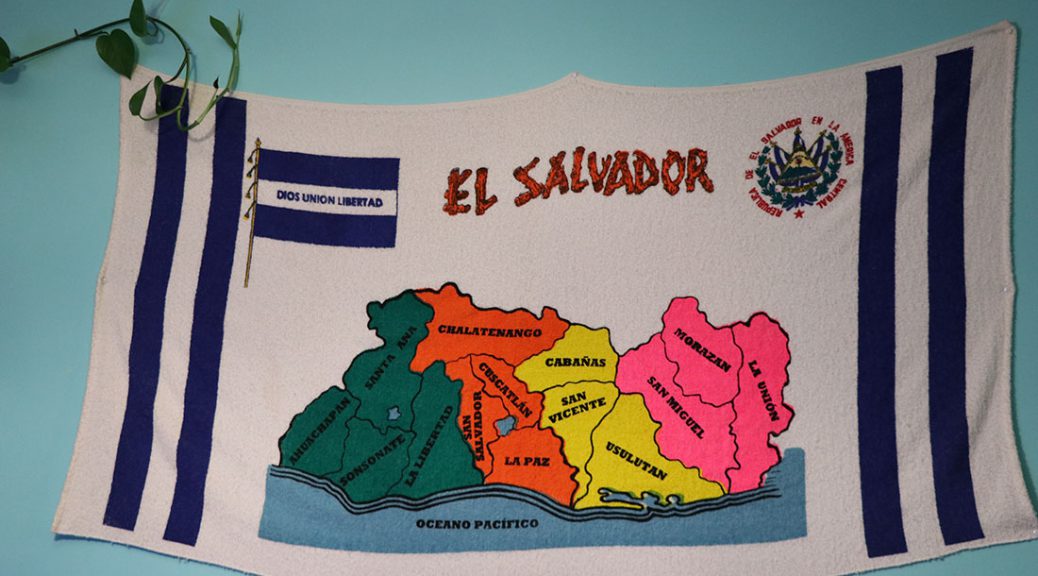 The sounds of chirping birds and fluttering wings punctuate the conversation at Adilio’s house. His daughters rescued the smooth white dove and the small green parakeet from the street, he says. Some of the children are grown now, and some are still in school. He always wanted them to grow up speaking both English and Spanish, to get an education, and to love their new country as their own. And he wanted them to all be together.

When Adilio (not his real name) left El Salvador the first time in 1993, a veteran of his country’s civil war, his wife was pregnant with their first daughter. As their family grew, Adilio was away for years at a time working construction in Chicago. After years of separation, he saved enough money to bring his family to join him in the U.S. But now, as President Donald Trump’s administration attempts to terminate Temporary Protected Status for immigrants, Adilio worries he will be forced to leave them again.

“That would take years off my life, to separate from my family,” Adilio said in Spanish, his voice breaking.

END_OF_DOCUMENT_TOKEN_TO_BE_REPLACED 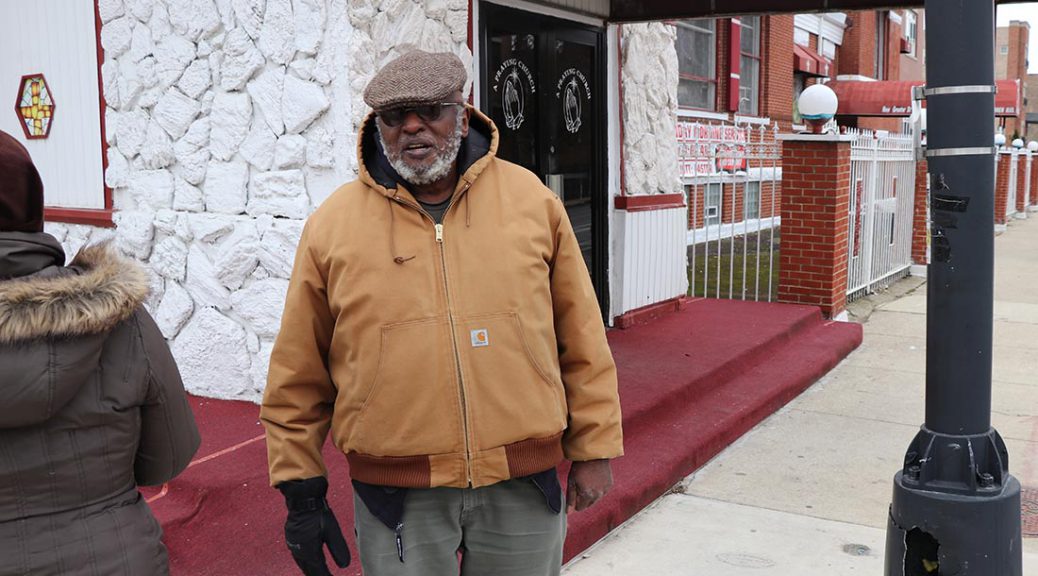 No one knew the building of Warren Avenue Congregational Church better than Rozell “Prexy” Nesbitt, whose first encounter with the church came as a 4-year-old in 1948 after his parents rolled him into the Sunday  school with a broken leg.

“In fact, the truth be told, I was the first black person in the building,” said Nesbitt, now 74, whose parents would join the church soon after Nesbitt’s inauspicious first visit.

Nearly two decades later,  the same church welcomed the Rev. Martin Luther King Jr. and the Southern Christian Leadership Conference in 1966 as the organization made the church its headquarters in their campaign to end slum housing. END_OF_DOCUMENT_TOKEN_TO_BE_REPLACED 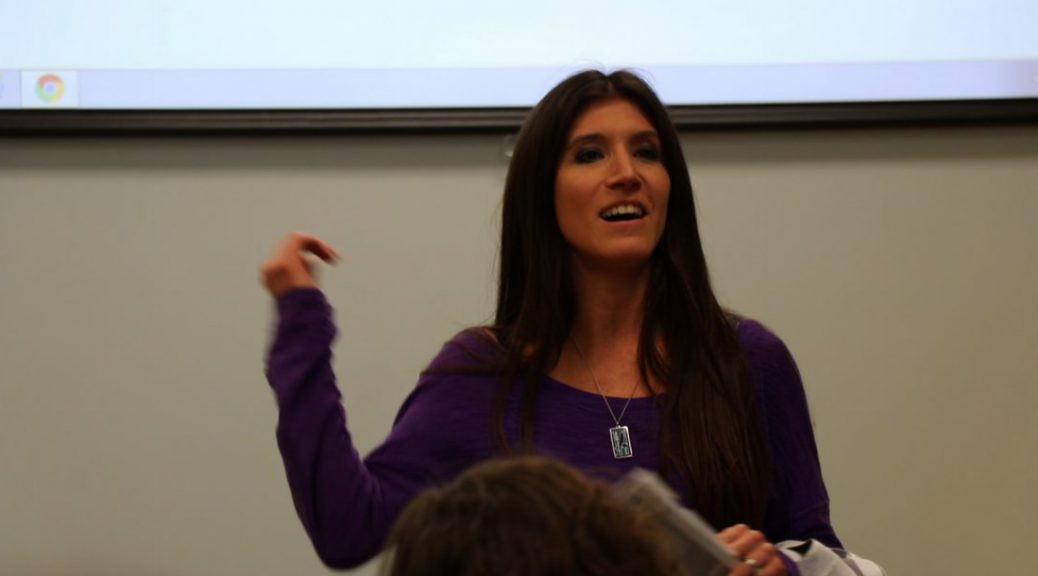 Evanston  became the first Chicago-area city in almost a decade to adopt a formal climate action plan with an effective transition to renewable energy and resiliency to climate change.

The Climate Action and Resiliency Plan, approved unanimously by the City Council last week, calls for the city to meet 100 percent of electricity needs from renewable energy by 2030, to reduce waste by 75 percent by 2035, and to reduce vehicle miles that cars travel in town by 35 percent that same year.

The plan was the culmination of over a year’s worth of discussion and coordination between the city government and the working group of 17 local residents who had been tasked with putting the document together. Kumar Jensen, Evanston’s sustainability coordinator, helped serve as liaison between them and the municipal government.

The plan passed the Human Services Committee 5-0 the week before.

“From our residents, to our businesses, to our schools and hospitals, Evanston is united in its efforts to mitigate the far-reaching effects of climate change through bold and immediate action,” said Mayor Stephen Hagerty in a press release. “While Evanston will likely undergo many changes on the way to 2050, this plan ensures that our longstanding commitment to climate action will remain.”

END_OF_DOCUMENT_TOKEN_TO_BE_REPLACED 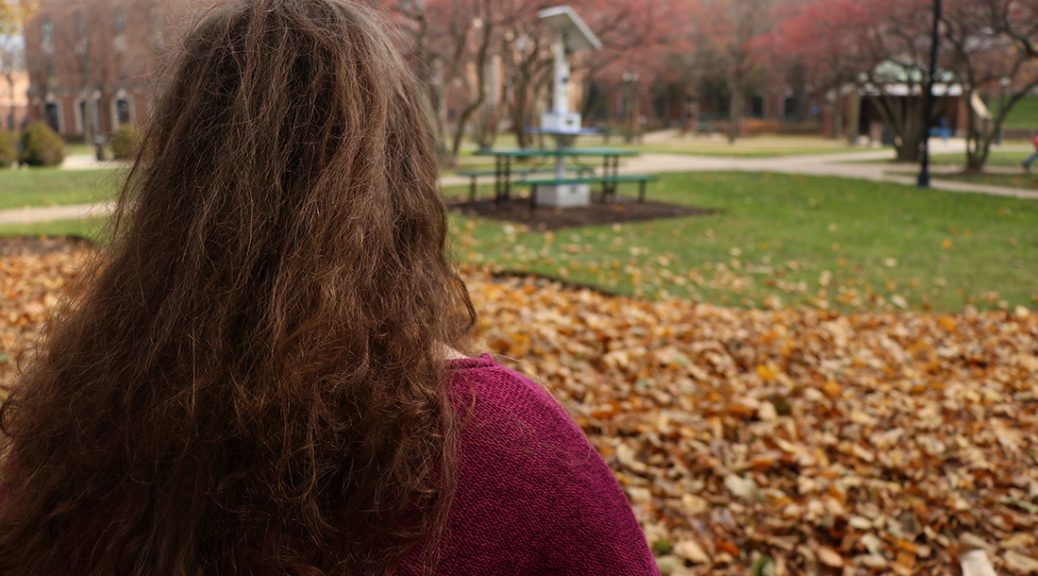 Jennifer, an upper-level student at DePaul University in Chicago, has lived on campus for her entire university career. She was fairly happy with housing on campus until a minor change in her academic record nearly forced her to move dorm rooms.

Jennifer, who is using a pseudonym to protect her identity, is a transgender woman. Though she’s been out to family and close friends for a couple years, she started medically transitioning four months ago. Recently, to mark another milestone in her transition, she decided to change her preferred gender in the university’s academic portal — used to access information such as tuition, classes and grades — to female. A few weeks later, she got an email from the housing department saying the university would have to move her to a room with a female roommate.

This email came while Jennifer was busy preparing for an end-of-semester project and exam crunch at DePaul, so she wouldn’t have had time to move even if she could have. Besides, moving to a room with a roommate who identified as female since birth presented other issues.
END_OF_DOCUMENT_TOKEN_TO_BE_REPLACED 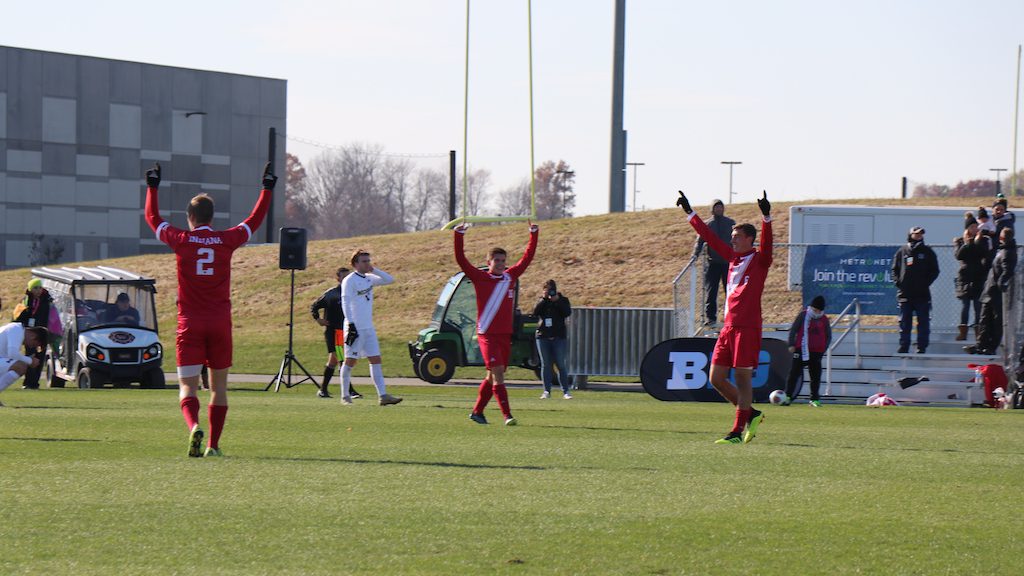 It wasn’t the ending the Hoosiers hoped for to finish the 2018 men’s soccer season.

The Hoosiers fell to Maryland 2-0 in the NCAA Tournament semifinals, failing to reach the third and final goal of an NCAA title.

The loss followed a very successful season overall. The team picked up both a Big Ten regular season and tournament title and was the first Big Ten team to go undefeated in Big Ten play since 2005.

The timeline below chronicles the entirety of the Hoosiers’ season through the NCAA tournament. 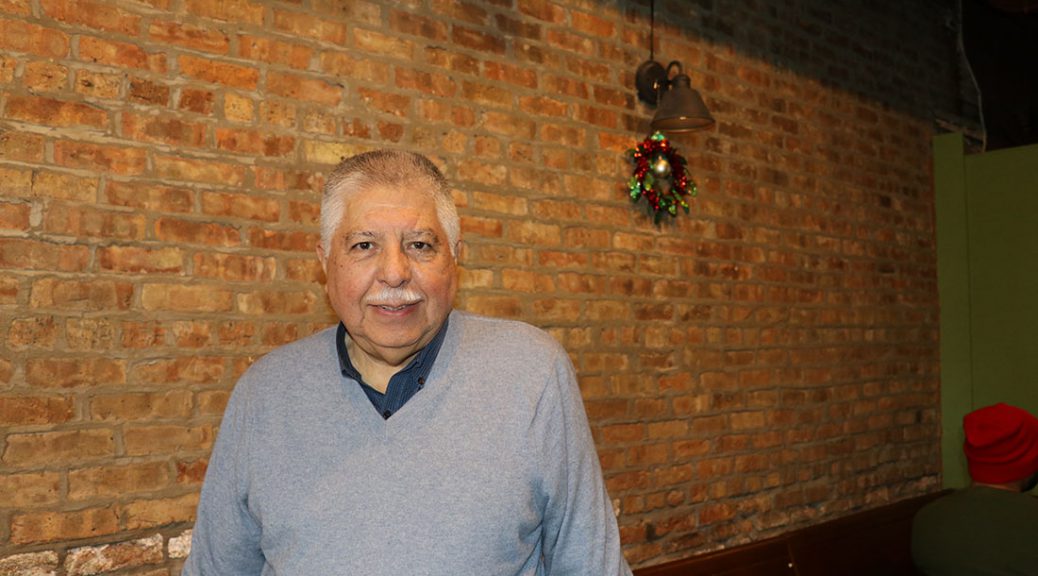 Mario Venegas knew the regime deemed him a danger to the state when he was detained, without trial, due to his role in the Movement of the Revolutionary Left, or MIR – a Chilean political organization. During dictator Augusto Pinochet’s regime in Chile more than 40 years ago, Venegas spent more than two years in four different concentration camps where he faced torture – both emotionally and physically.

His country ultimately expelled him and he fled to the United Kingdom. But he couldn’t find work in the U.K., and he was rejected from countless opportunities because he was marked as a “communist,” he said. He moved to the U.S in the hope of getting a better job and starting life over.

Mario Venegas never gave up – he completed his Ph.D. in chemistry at the University of London, and worked as a chemist in the U.S. while fighting with various organizations to end human rights abuses such as politically sanctioned torture. He is a long-standing member of organizations such as Amnesty International, a non-governmental organization focused on human rights, and the Chicago Torture Justice Center, or CTJC, a community center for Chicago police torture survivors, among others.

END_OF_DOCUMENT_TOKEN_TO_BE_REPLACED 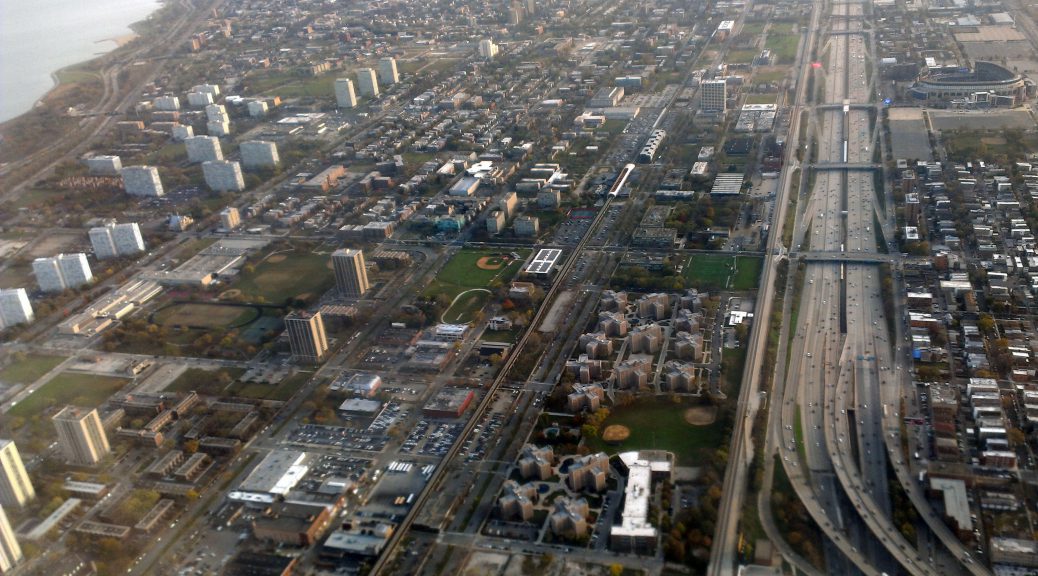 Bronzeville, the South Side home of Chicago’s Black Renaissance and the birthplace of Black History Month, hopes to launch its next Golden Age with support from a smart microgrid being installed by utility ComEd. The microgrid will tap green energy to help power the community.

Once completed in 2019, the grid will have a load, or active consumption capacity of 7 megawatts, installed over two phases with the energy generated from its own resources including solar panels.

That’s enough generating capacity for the grid to serve approximately 1,060 residential, commercial, and industrial customers. Previous microgrids have served military bases or hospitals and the Illinois Institute of Technology operates on one as well. But the Bronzeville and IIT microgrid cluster will be the first of its kind to serve a community within a metropolitan area, giving the community a more resilient power grid to help withstand outages.