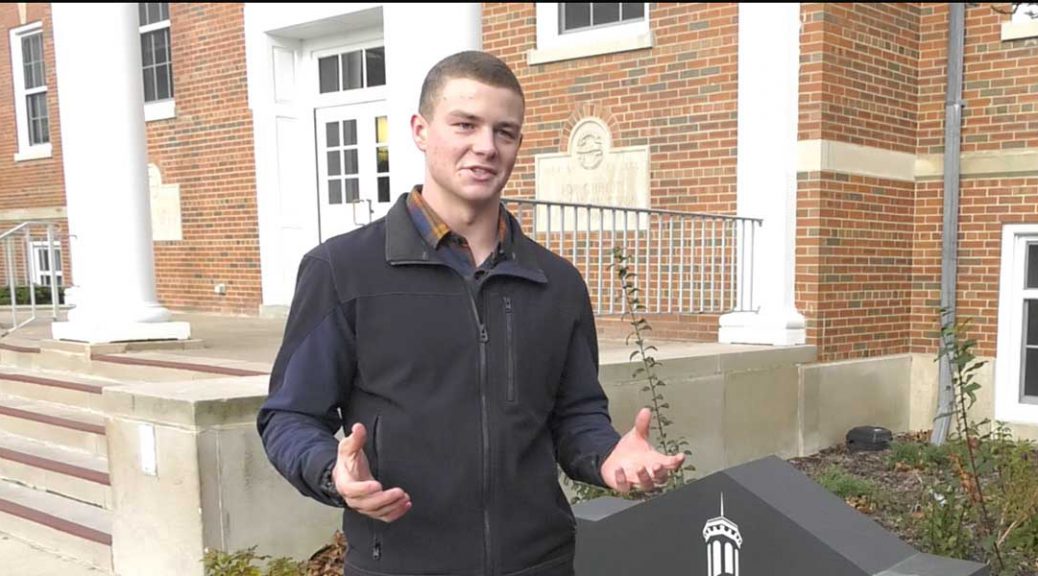 In the 2016 presidential election, young people supported Hillary Clinton over Donald Trump by a margin of 55% to 37%. In 2012, President Obama won an even larger margin, with 60% of the youth vote.

As a reliably blue state, Illinois had similar numbers of young voters in favor of Secretary Clinton. But that does not hold true everywhere in the state.

In and around Chicago, one likely place to look for Donald Trump young supporters is Wheaton College—an evangelical haven in one of the city’s western suburbs—which prides itself on teaching through a Christian lens.

In the video below, Wheaton students shared their perspectives as their fall term came to a close.

Photo at top: Justus Hanson, an International Relations student at Wheaton College, explains why he voted for Donald Trump.(Katanga Johnson/MEDILL) 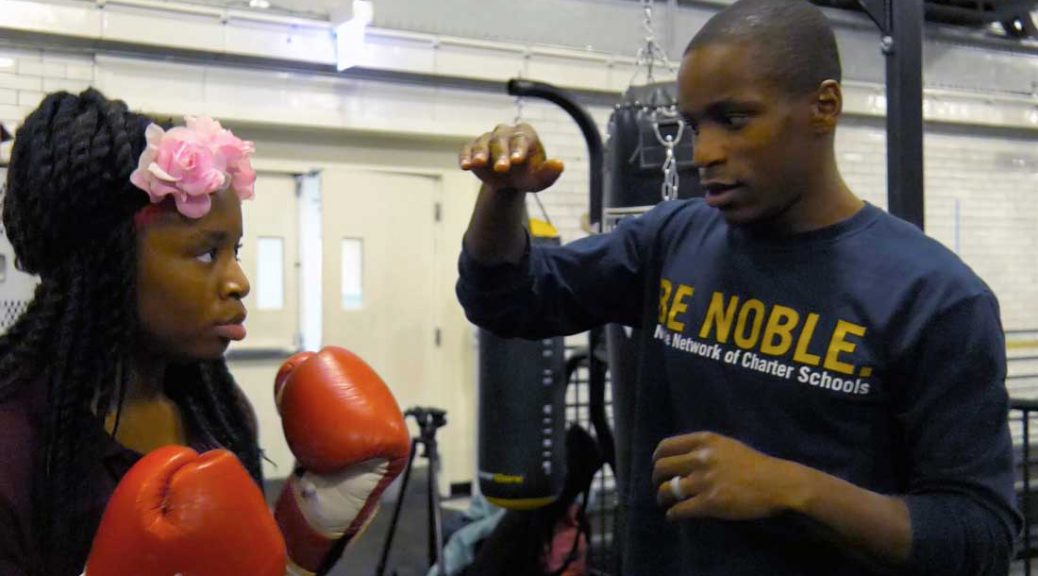 Jamyle Cannon and his young boxing students don’t play by the idea of keeping busy to stay alive.

“I have no interest in giving our kids busy work to keep them safe,” Cannon said. “What I want to do is give them opportunities.”

North Lawndale – where Cannon started the DRW Boxing Club and now, a new non-profit called The Bloc – is the kind of place where kids know the difference between fireworks and gunshots. It is home to families that have faced generation after generation of violence, a lack of resources, and little chance at upward mobility. Cannon helped found DRW College Prep, a charter school the Daily Beast named the 4th most change-making high school in the U.S.

END_OF_DOCUMENT_TOKEN_TO_BE_REPLACED 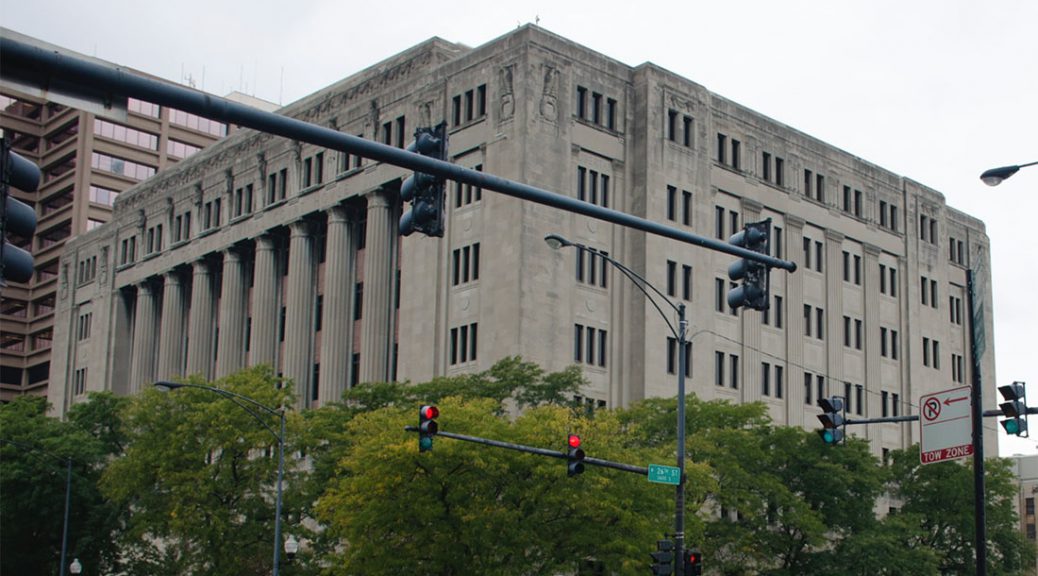 South Shore resident Lavette Mayes says she never thought much about the criminal justice system before her arrest in 2013.

“I only ever went down there for jury duty,” Mayes said during an interview in her Aunt’s home on South Chappel Avenue. A 42-year-old single mother of two, Mayes says she was completely unprepared for the reality of pretrial detention when she received a $250,000 D-Bond for a charge of aggravated battery.

Unable to pay the $25,000 required by her bond, Lavette spent 14 months in Cook County Jail. Eventually her bond fee was reduced to $9,500, and she was able to get out with the assistance of the Chicago Community Bond Fund, a non-profit legal organization that covers bond costs for people who cannot afford them, advocates for cash bond reform and attempts to humanize defendants by publishing their stories online.

END_OF_DOCUMENT_TOKEN_TO_BE_REPLACED 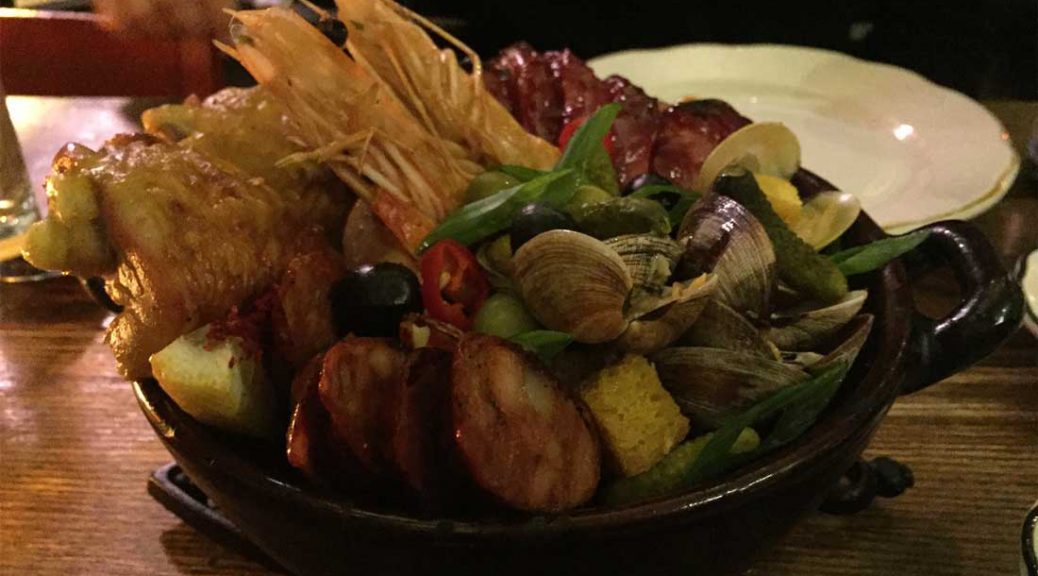 She is Chinese-American, from Chicago. He is Portuguese- American, born in Lowell, Massachusetts, an area with a large Southeast Asian population.

But their creation is a perfect merger of their two cultures. It’s also a reflection of their quest to show how cuisines evolve globally.

END_OF_DOCUMENT_TOKEN_TO_BE_REPLACED 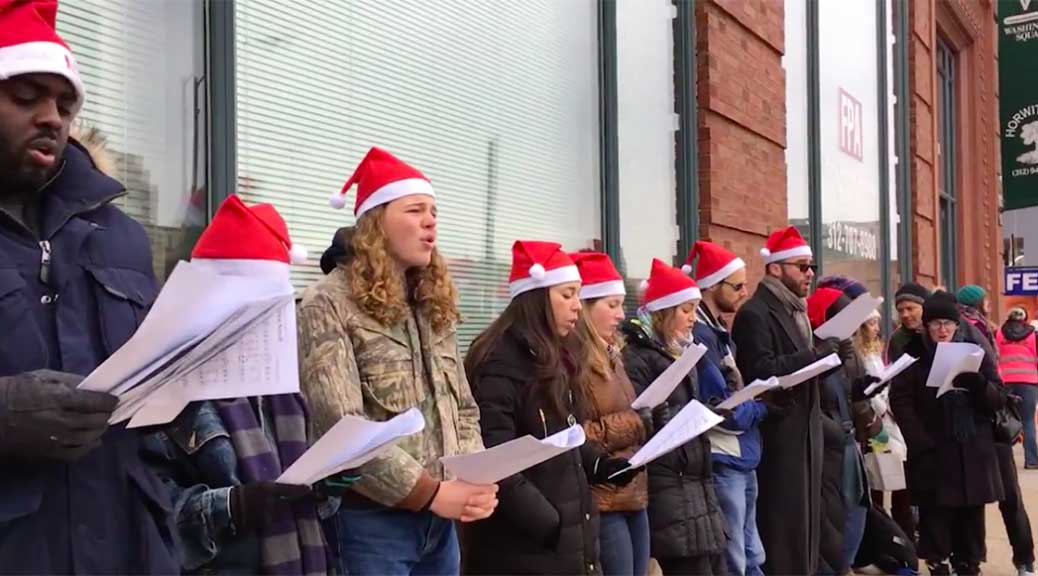 It’s 9 a.m. on a Saturday. Most young adults would be sleeping in, enjoying their weekend. Not the members of Pro-Life Future, who gathered outside Family Planning Associates Medical Group to protest abortion through song.

Decked in Santa hats, the dozen or so anti-abortion activists sang popular holiday songs as a “reminder to abortion-bound mothers that the salvation of the world came through an unplanned pregnancy.”

“Why Christmas caroling? Cause it’s beautiful, it’s just happy and joyous,” says protester Meghan Meehan. “This is no one’s favorite place to be on a Saturday whether you’re in the clinic seeking treatment for an abortion or whether you’re an escort. But we bring joy.”

END_OF_DOCUMENT_TOKEN_TO_BE_REPLACED 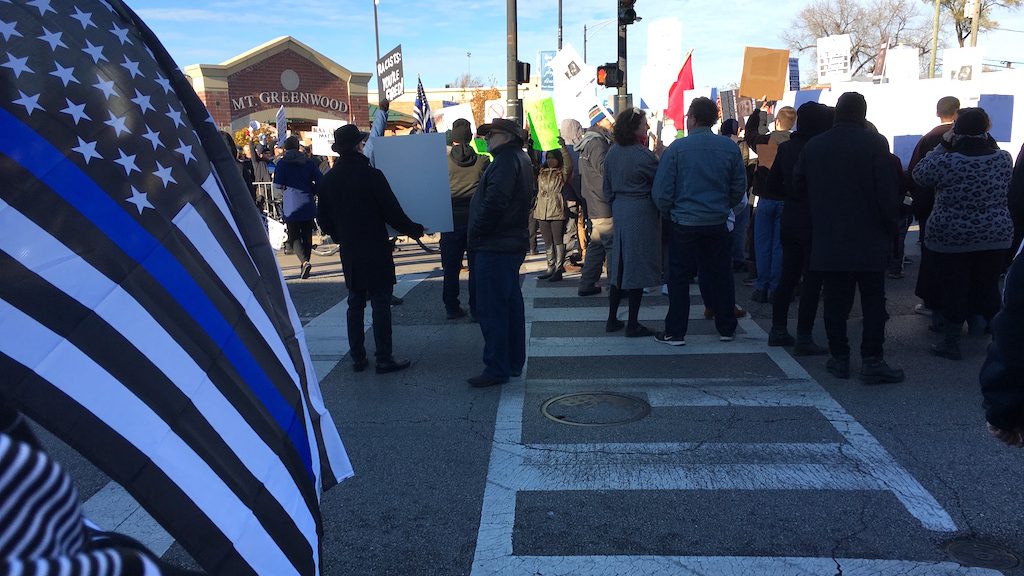 During the afternoon of Nov. 20, a group of some 15 protesters walked down a closed off streets at Kedzie Avenue and 111th Street in Mount Greenwood on the city’s far southwestern edge. It was a cool but clear day — perfect  for a large demonstration. Residents looked on while standing on their front lawns. Many had confused faces, while others shook their heads disapprovingly. END_OF_DOCUMENT_TOKEN_TO_BE_REPLACED 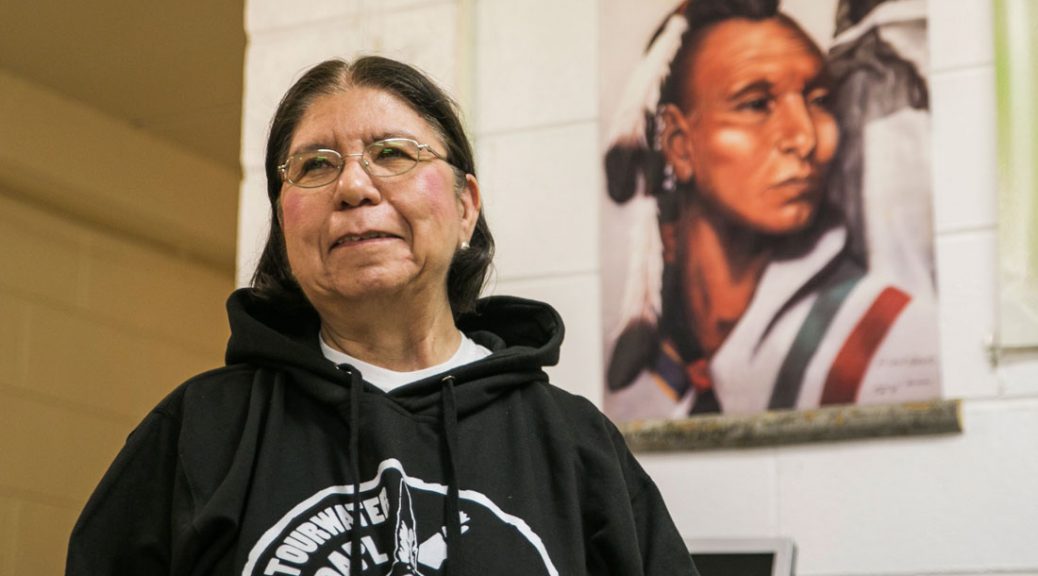 As Native American-led protests against the Dakota Access pipeline continue, major national unions that represent pipeline workers in Illinois have come out in support of the pipeline, despite environmental concerns about the potential for rupture in and around water resources, and the impact to farmland quality.

In Illinois, the Dakota Access pipeline crosses through 12 counties and under 56 rivers, potentially affecting community water supplies for the towns of Carlinville, Carlyle, Greenville, Hamilton, Modesto, Nauvoo, Patoka, Palmyra, Sorento, Warsaw and surrounding communities. A burst or malfunction in the pipeline could impact 27,382 people’s water supply in Illinois, according to an estimate by Andrew Rehn, a Water Resources Engineer at the Prairie Rivers Network, an organization that advocates for Illinois’ clean water and healthy rivers.

“Pipelines break every day. We don’t know if this pipeline is going to burst. The reality is that these are the communities that would be threatened if something happens,” said Rehn.

END_OF_DOCUMENT_TOKEN_TO_BE_REPLACED 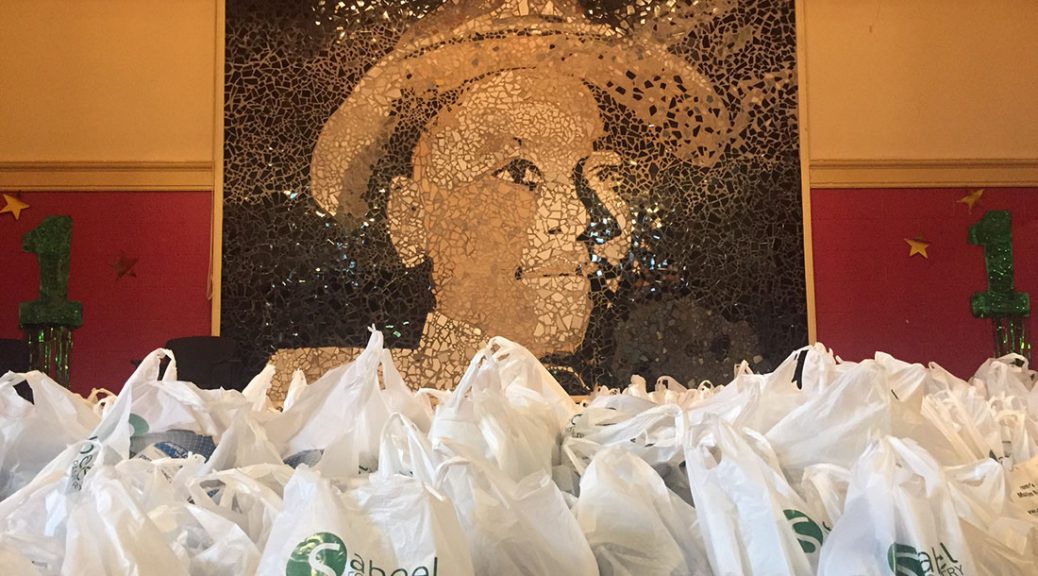 On a chilly Wednesday morning at least a dozen people wait outside of Emmett Till Math and Science Academy in the Woodlawn neighborhood on Chicago’s South Side. They are volunteers with the Muslim Turkey Drive who have come to distribute turkeys to low-income families in Woodlawn and surrounding communities.

END_OF_DOCUMENT_TOKEN_TO_BE_REPLACED 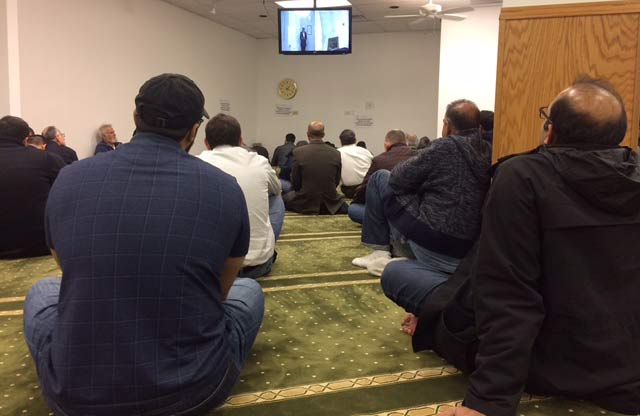 By Muna Khan and Shahzeb Ahmed

The third floor of the Downtown Islamic Center in Chicago fills quickly with men of all races and ethnicities—Arabs sit next to South Asians who sit next to African Americans. They have come for the obligatory Friday congregational prayer.

Most sit cross-legged with their heads bowed in silence, listening to the Imam’s lecture. Some stare intently at the television monitor suspended from the ceiling in the front of the room. The frame is fixed on a small man delivering the lecture. A sign taped to the wall proclaims the man is speaking from the fifth floor of the building.

Mohammed Kaiseruddin, chairman of the Council of Islamic Organizations of Greater Chicago, which has 60 groups under its stewardship, delivers a powerful sermon allaying the fears of his congregation gathered on the first Friday after Donald Trump’s victory.

“Muslims are extremely anxious about what the future will hold for us because of the anti-Muslim rhetoric Mr. Trump expressed, also his campaign,” he begins. “The rhetoric included not letting Muslims into the country, requiring Muslims here to register.”

END_OF_DOCUMENT_TOKEN_TO_BE_REPLACED 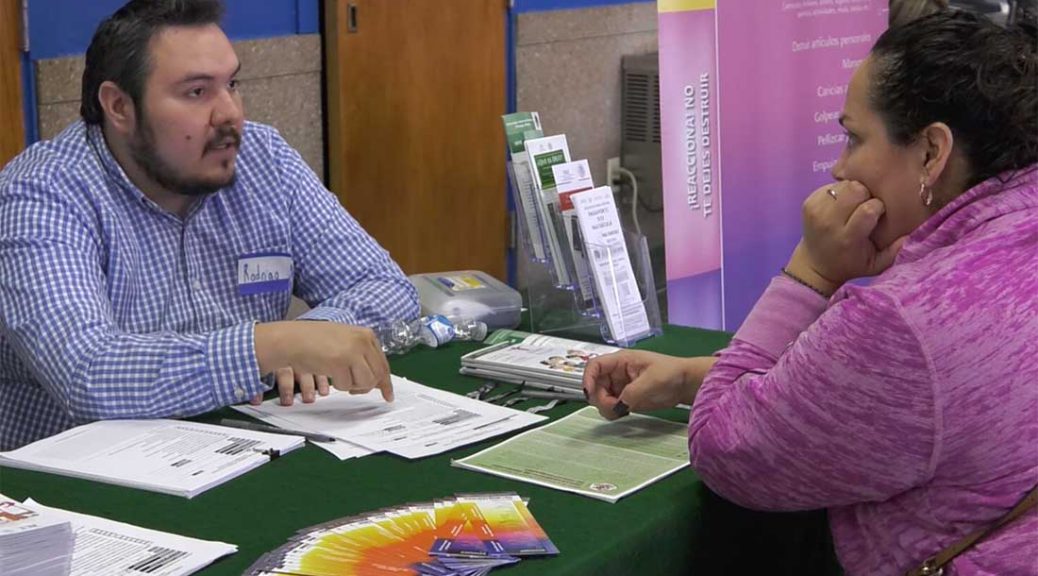 [An earlier version of this story ran election night on Medill Reports.]

As more than one hundred million Americans cast their ballots on Nov. 8, thousands of hopefuls prepared themselves for the next election. But first they need to become American citizens.