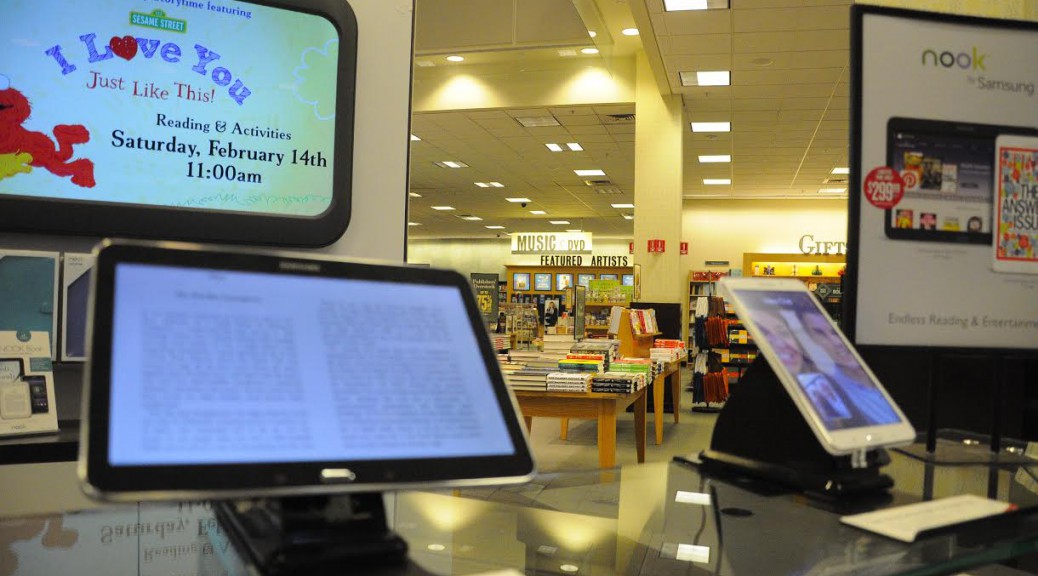 There’s something about holding a book – cracking the spine, thumbing through the pages, feeling the weight of it in one’s hands – that is essential to the act of reading itself.

Or maybe there isn’t.

The sale of electronic books skyrocketed after Amazon introduced the Kindle in 2007. E-books went from accounting for .05 percent of adult trade sales in the early 2000s to 27 percent last year. The struggling publishing world was rejuvenated, with independent publishers especially benefiting from what became a simple, low-cost way to expand their market reach.

END_OF_DOCUMENT_TOKEN_TO_BE_REPLACED 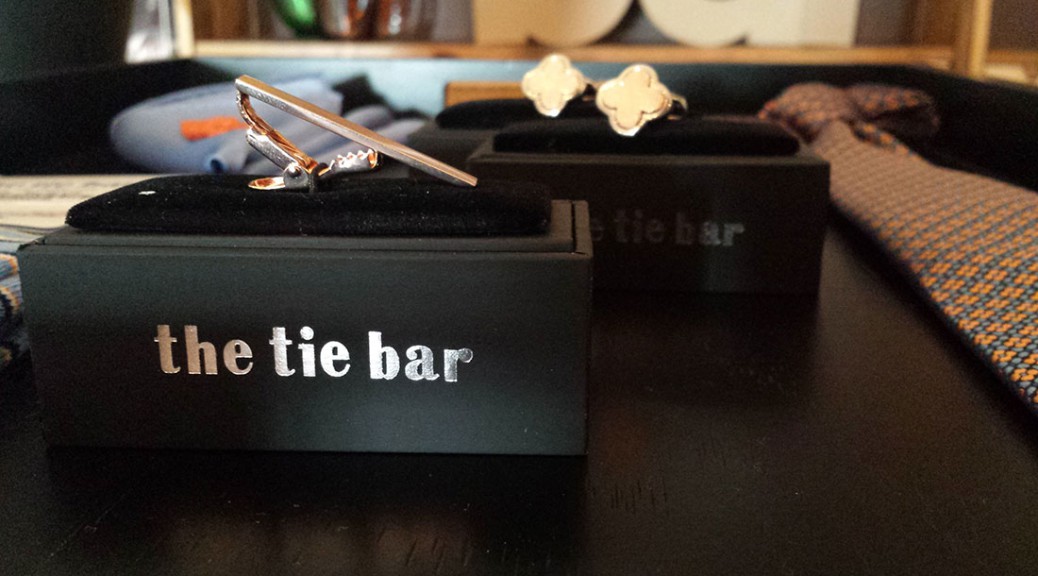 All of those empty storefronts that plague the city of Chicago will be no more. That’s the goal at least, as pop-up shops spring up in neighborhood after neighborhood.

Storefront, a San Francisco-based company that launched in Chicago in July, specializes in helping retailers, designers and artists nail down short-term leases in prime shopping spots.

The business has been the gateway for about 100 pop-ups in the Chicago area and more than 1,000 in New York City, Los Angeles and San Francisco.

“Pop-ups are a way to test the market, different neighborhoods in a city, and a chance to get offline,” said Bryan Steel, a member of the Storefront marketing team. END_OF_DOCUMENT_TOKEN_TO_BE_REPLACED 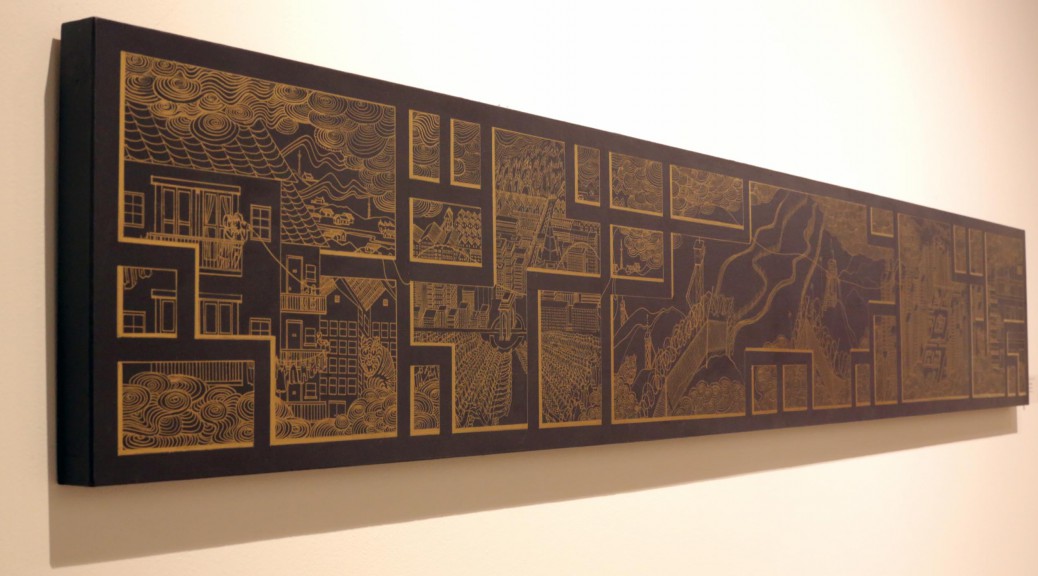 As the doors of the Andrew Bae Gallery opened, the crisp sound of bells disturbed the loud ambiance of the city outside.

Located in the busy gallery district on West Superior Street, this gallery carries a surprisingly comforting vibe. A soft, yet very pervasive scent of herbal tea whirled as the entrance door shut close. The light walls are pale, typical of art galleries but the room’s scattered oak pillars echo the look of a traditional Korean household.

“This gallery is 25 years exactly” said Andrew Bae, founder, owner and namesake of the Andrew Bae Gallery, gesturing fondly at the art work.

END_OF_DOCUMENT_TOKEN_TO_BE_REPLACED 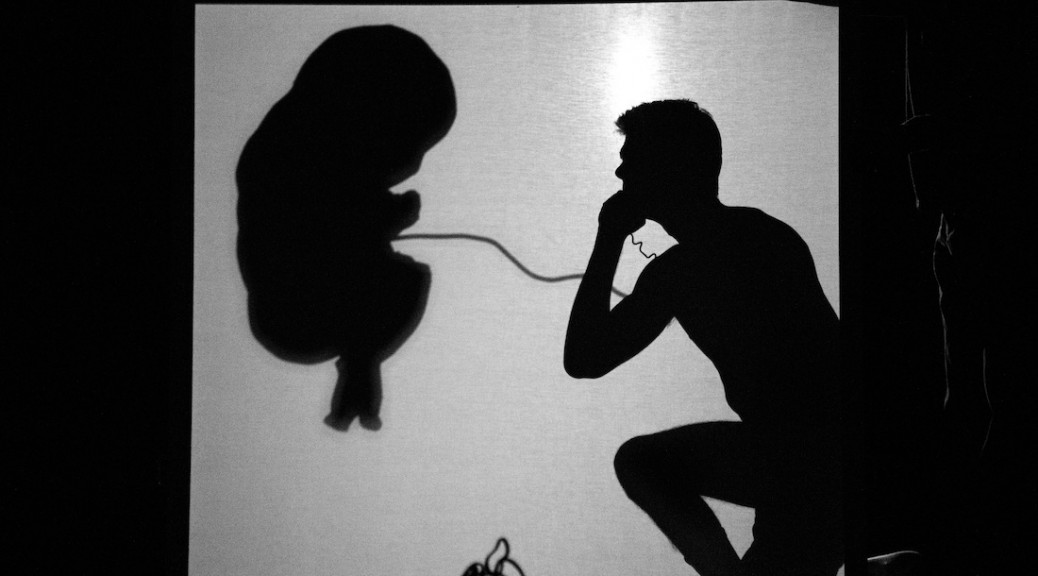 On Jan. 22, a crowd descended on a small, intimate theater in Links Hall, a shabby studio caught halfway between Lakeview and Logan Square. They encountered a tiny bar complete with worn wooden countertops and rickety stools inviting them to indulge in a libation before the performance. And when the lights rose in this warm and fuzzy atmosphere, the definition of puppetry was challenged and expanded.

Poduced by Nasty, Brutish and Short, a puppetry company born of and bred for Chicago, “A Puppet Cabaret Program B” took the audience on a somewhat dreamy, psychedelic ride through various worlds. In this case, however, as in many productions that were part of the Chicago International Puppet Theater Festival which ran Jan. 14-25, the term “puppet” is applied liberally.

“The definition of puppetry is way broader than anybody gives it credit for,” Mike Oleon, the show’s co-curator, said. “It’s not just marionettes, it’s not just Muppets, I mean there was supposed to be a dude stacking rocks. Like, the whole performance was stacking rocks. I don’t know what that means, but it’s puppetry.”

This year marked the first installation of the biennial Chicago International Puppet Theater Festival, which offered puppeteers from nearly 50 companies the chance to sample each other’s work in a concentrated, festival format. They also connected with the puppetry community in Chicago and those who traveled from outside the city to perform.

“As far as puppetry communities go, it’s huge,” Oleon said, laughing. “As far as any other community goes, it’s very intimate. It’s my hope that this festival will raise awareness that there’s phenomenal puppet work happening in Chicago and that there are several incredibly talented potential collaborators who are already doing great puppetry.”

The idea for the festival came to its artistic director, Blair Thomas, because there was no major puppet theater festival in the U.S., let alone Chicago, despite the city’s distinguished history in puppetry. In the early days of TV, Chicago’s “Kukla, Fran and Ollie” show featuring a full cast of puppets drew huge audiences. Thomas had been a fixture in the Chicago puppetry community for three decades, and he founded his own puppetry company, Blair Thomas & Co. in 2002. With the Chicago Puppet Fest, Thomas said he hoped to capture the atmosphere of the Chicago International Theater Festival, which began in 1988 and ended in 1998. According to Thomas, it “changed the face of Chicago theater.”

Similarly, Thomas hoped the festival’s various performances and symposiums would expand the horizons of not just the audience, but also the puppeteers, themselves.

“There’s a language of the puppet that is the connection from shadow puppetry to performance with a mask to traditional hand puppetry. The language is reliant on objects,” Thomas said. “It’s an object-centered world rather than a human-centered world.”

In Nasty, Brutish and Short’s production, those objects included extra limbs for the puppeteers, projected images and screens lit from behind to create shadows. Performers not only controlled their puppets, but they also interacted with them as actors. It was far from children’s puppet theater, and definitely a far cry from the Muppets. But, for Oleon, the techniques are nothing new.

“It’s the same thing,” he said. “It’s been the same thing since forever, which is exciting because it’s such a relatively small thing. When people discover it, it feels like they’re discovering something completely new.”

The festival ran from Jan. 14-25 and featured nearly 50 performances across Chicago.

Photo at Top: In a scene from A Puppet Cabaret, screens are used alongside human actors and puppets. (PHOTO: Chicago International Puppet Theater Festival.) 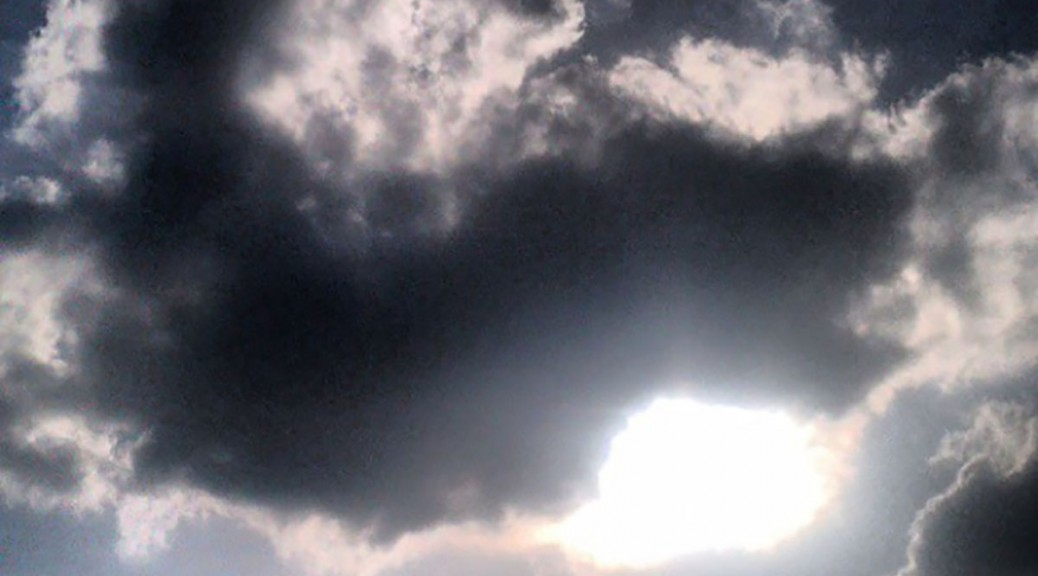 When Minnie Wilson, 64, was a child growing up in Bassfield, Miss., she grew accustomed to seeing things she considered supernatural.

The retired factory worker who now lives in LaGrange usually kept quiet about her otherworldly experiences, fearful that no one would believe her.

END_OF_DOCUMENT_TOKEN_TO_BE_REPLACED 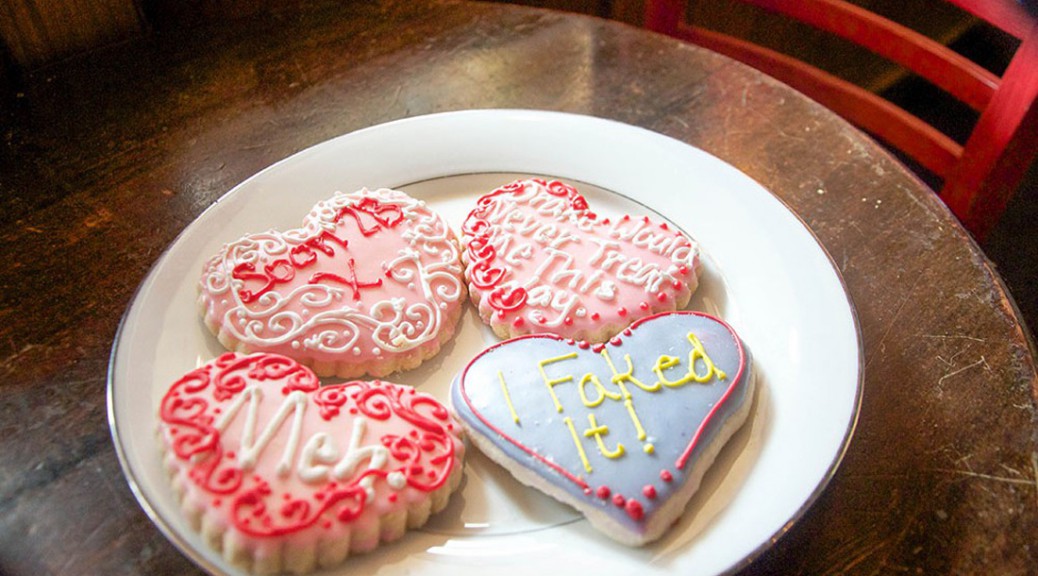 Whether you’re a lover scorned or just looking for a laugh, Alliance Bakery in Wicker Park has the antidote to excessive amounts of Hallmark-induced Love Potion No. 9.

Eight years ago owner Peter Rios and his decorators were tired of making the traditional Valentine’s Day cookies. “We were just sick of the whole idea, of the overexposure of Valentine’s Day,” Rios said, “so we decided to have some fun with it.”

END_OF_DOCUMENT_TOKEN_TO_BE_REPLACED 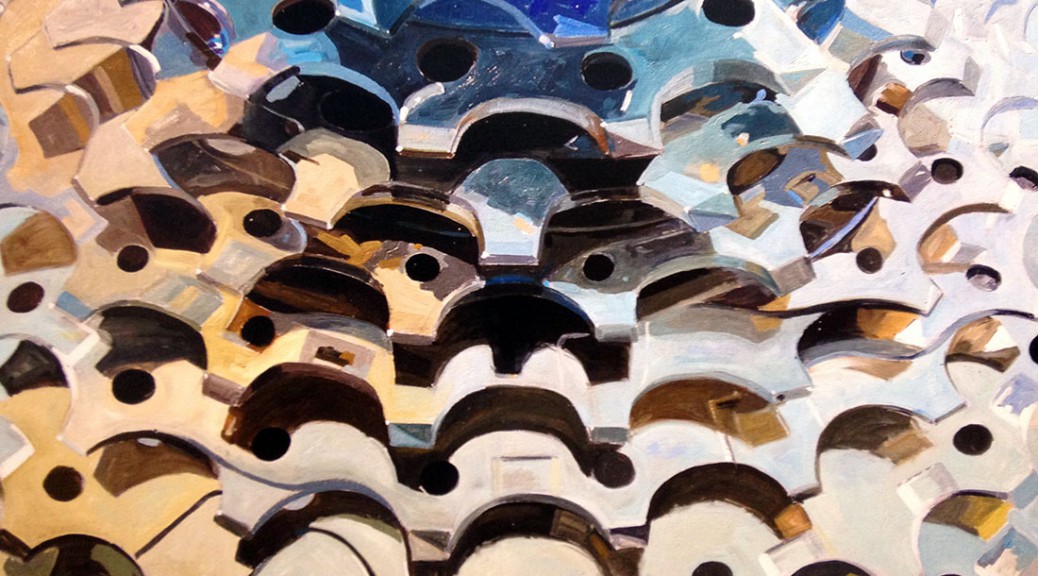 Members of the Rat Patrol Bike Club, a pro-bike and anti-consumerism organization, uses recycled parts and scrap metal to hand-weld unique bikes.  The club showcases some of their offbeat creations that are guaranteed to entertain, such as their “tall bikes,” choppers, and the “can crusher,” an inventive mechanical apparatus composed of interconnected bike pieces that crushes cans as you pedal. END_OF_DOCUMENT_TOKEN_TO_BE_REPLACED 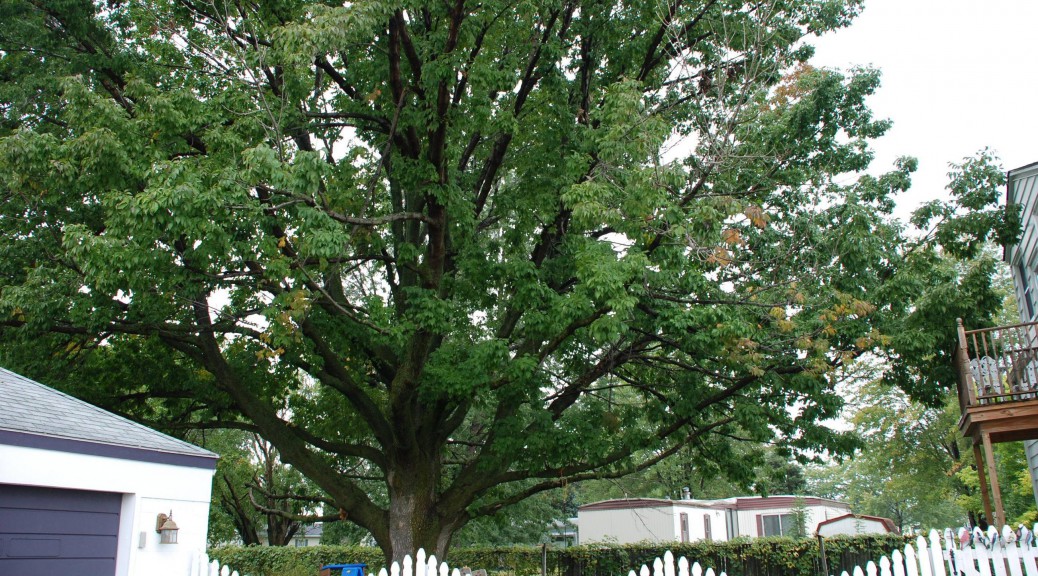 “Treecycling” is giving a second life to tens of millions of ash trees attacked by one small but powerful beetle.

Instead of chipping fallen ash trees into mulch or chopping them into firewood, groups such as the Illinois Wood Utilization team are promoting a practical approach – “even when you can’t save your tree, you can save its wood.” END_OF_DOCUMENT_TOKEN_TO_BE_REPLACED

When Netflix users experienced outages Tuesday evening they turned to Twitter to make their own live stream drama.

END_OF_DOCUMENT_TOKEN_TO_BE_REPLACED 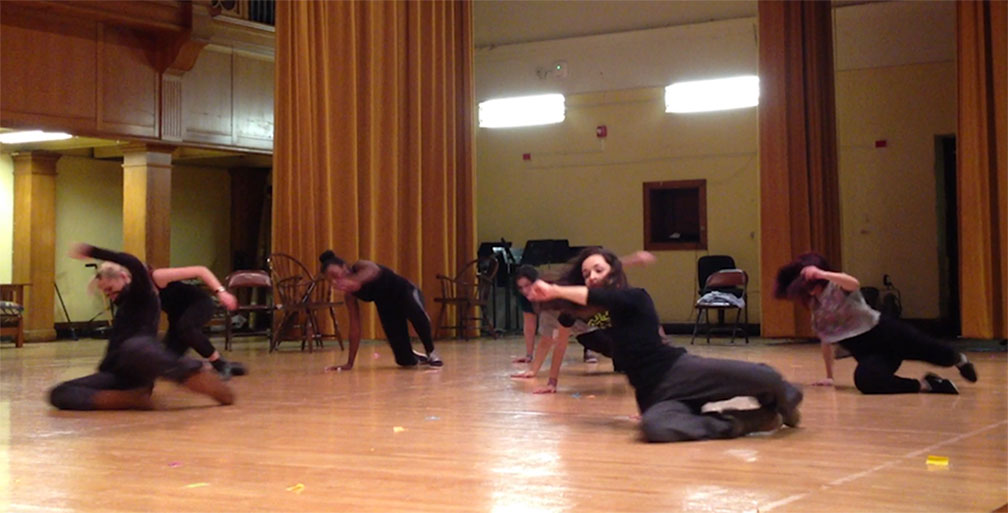 By Taylor Mullaney and Phoebe Tollefson

When Jim Duignan began the Stockyard Institute in Chicago’s Back of the Yards neighborhood in 1995, he realized that the arts could enable kids to actually solve problems in their own communities.