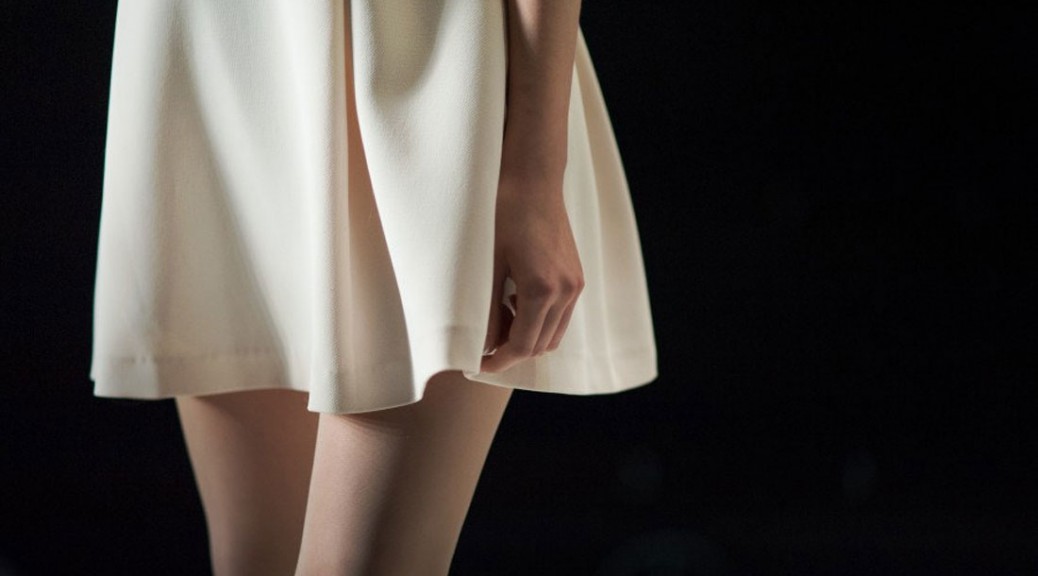 “This is the end of fashion!”

Teri Agins, veteran fashion columnist for The Wall Street Journal and author of two books about the business of fashion, said this in 1999 after Giorgio Armani produced the first collection of men’s suits without lining to make them more comfortable.

In October, roughly 16 years later, Agins, The Wall Street Journal’s first fashion reporter, published her latest book, “Hijacking the Runway: How Celebrities Are Stealing the Spotlight from Fashion Designers” (Penguin Random House, $28). In it she explains how celebrities have simultaneously revolutionized and marginalized the art of style.

END_OF_DOCUMENT_TOKEN_TO_BE_REPLACED 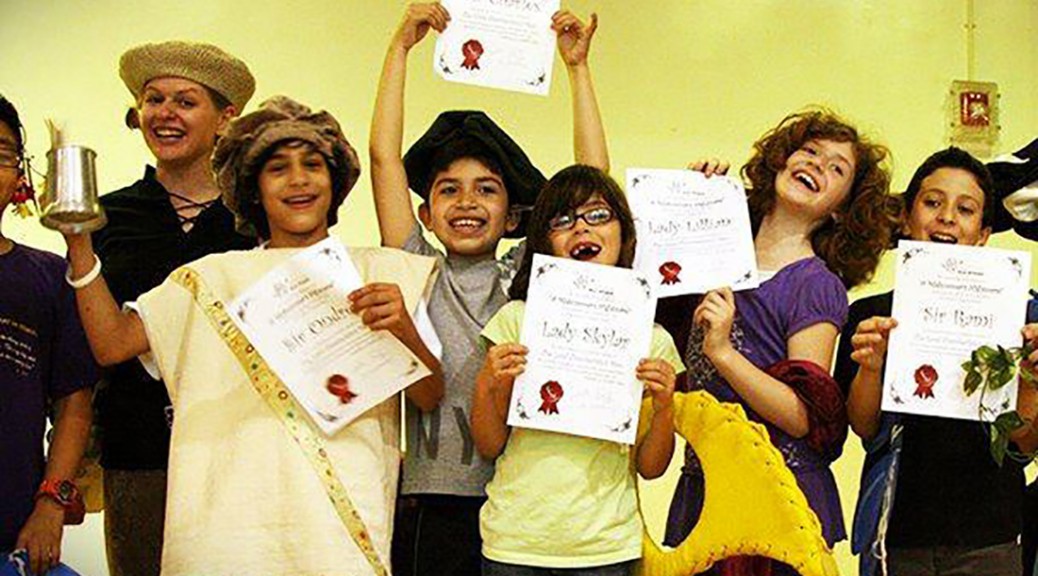 Ever since Arin Mulvaney first performed Shakespeare with a high school troupe for elementary and middle school students, her dream has been to bring her beloved Bard and his work to younger children.

Today, she is the Artistic Director of Shakespeare All-Stars, a group of professional actors who travel around Chicago schools to present Shakespearean plays or scenes to a captive audience of students. They give about 15-18 performances a year.

“A lot of kids don’t have any experience with Shakespeare before high school,” Mulvaney said. “So for some people, especially elementary schoolers, they’ve never heard of this guy Shakespeare.”

END_OF_DOCUMENT_TOKEN_TO_BE_REPLACED 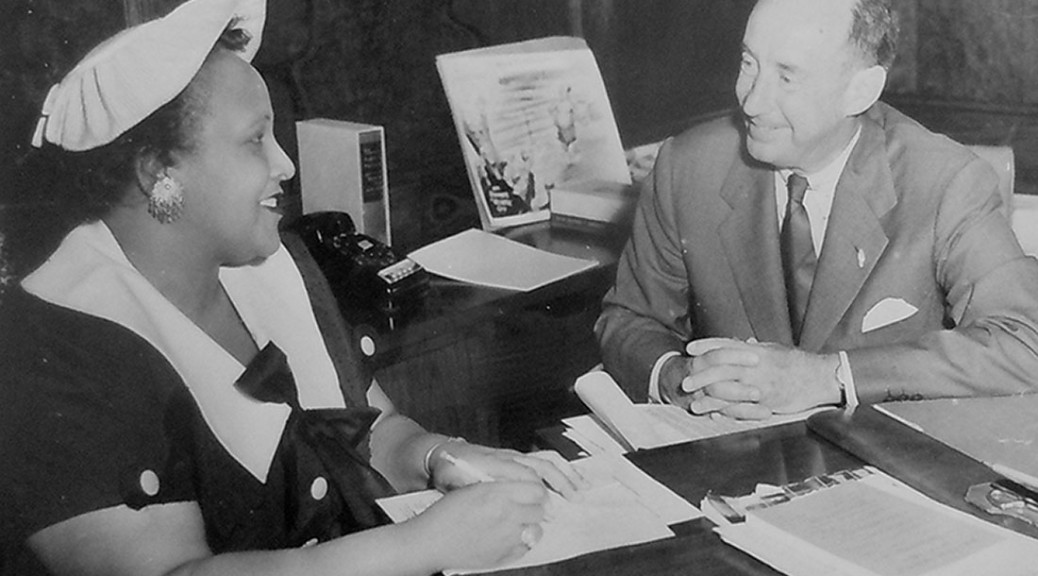 When Ethel Payne was a student at Lindblom High School in West Englewood nearly a century ago, she published exactly one article for her school’s newspaper. But, according to biographer James McGrath Morris, Payne was never allowed on the newspaper’s staff.

As a black student during a time when Chicago was deeply segregated, Payne was prohibited from regularly writing articles for the student newspaper. Years later, Payne would become a pioneering journalist of the civil rights era. She reported for the Chicago Defender and earned a title as the “First Lady of the Black Press.”

Thursday evening, her alma mater, Lindblom Math and Science Academy, will dedicate its new journalism classroom to Payne, who attended the school from 1926 to 1930. The dedication is scheduled for 5:30 p.m. at Lindblom’s Keeler Hall, located at 6130 S. Wolcott Ave., followed by James McGrath Morris’ reading from his new biography about Payne at 6 p.m. END_OF_DOCUMENT_TOKEN_TO_BE_REPLACED

U.S. District Judge John W. Darrah Thursday morning denied a motion by the city of Chicago and the Chicago Park District to dismiss a lawsuit against a proposal to locate the Lucas Museum of Narrative Art on Chicago’s Museum Campus.

“We felt that in the state court system, it might be less likely that the case would be determined because of the legal aspects.”

– Cassandra Frances, Friends of the Parks

“While we are disappointed that the court did not resolve the case today, we look forward to the next phase of the public process to determine the best way to make the Lucas Museum of Narrative Art a great new addition to Chicago’s Museum Campus,” the city of Chicago’s Law Department said in a statement.

Friends of the Parks filed the lawsuit against the city in November 2014 in federal court in order to avoid state courts, which the group considers more susceptible to political pressure.
END_OF_DOCUMENT_TOKEN_TO_BE_REPLACED 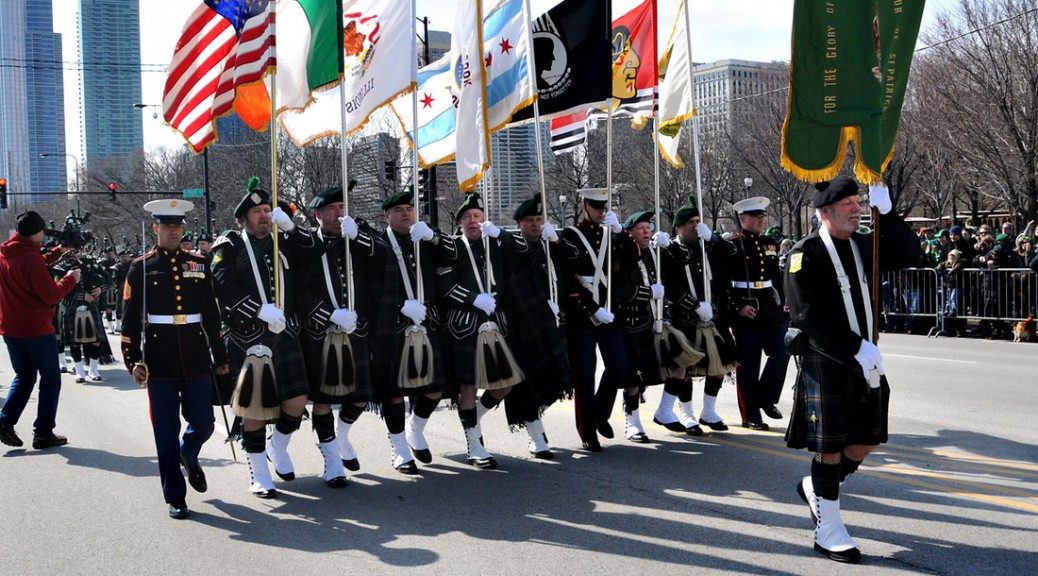 Dust off your greenest attire, lads and lassies. St. Patrick’s Day is upon us once again.

With the holiday under a week away, Chicago prepares to go Irish for the day when it hosts its 60th annual St. Patrick’s Day parade this Saturday. END_OF_DOCUMENT_TOKEN_TO_BE_REPLACED

If you walked by room 613 at the School of The Art Institute of Chicago’s Flaxman Library on Saturday, you heard the sounds of furious typing and laughter as a diverse group of students and Chicago residents discussed feminism and the internet. END_OF_DOCUMENT_TOKEN_TO_BE_REPLACED 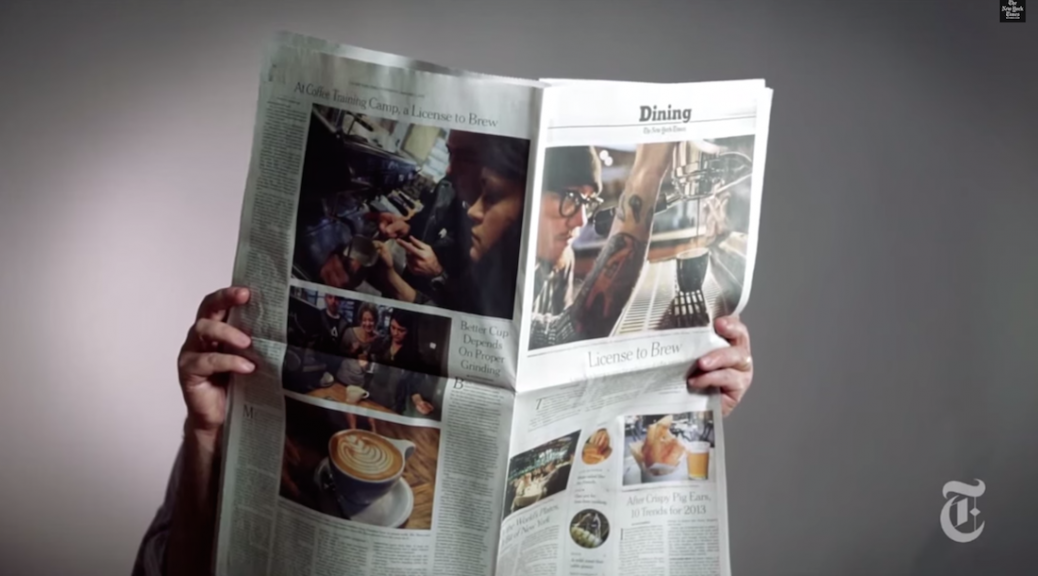 In January, Jonathan Gold of the LA Times became the latest restaurant critic to make headlines by revealing his long-protected persona to the public.

END_OF_DOCUMENT_TOKEN_TO_BE_REPLACED 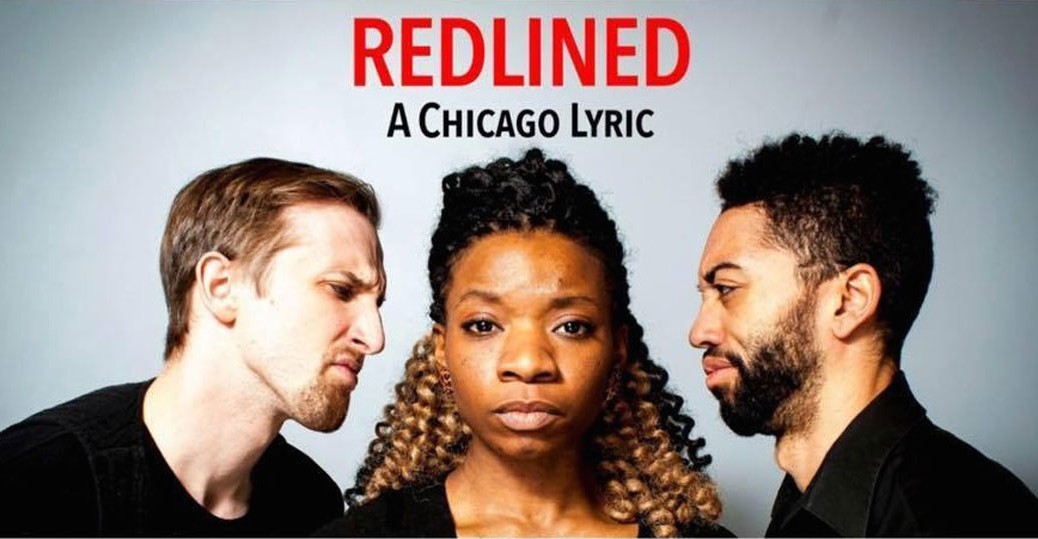 Chicago Slam Works House Ensemble brings the nooks and crannies of Chicago to light through literary theater. “Redlined: A Chicago Lyric” uses poetry and movement to paint brutally honest portraits of why many have a love/hate relationship with the city. Directed by J.W. Basilio, the cast of J. Evelyn, Rashaad Hall, Shelley Elaine Geiszler, Frankiem Mitchell, Dru Smith and Teagan Walsh-Davis put faces to the names of what makes up the city through the CTA Red Line and the characters that ride it.

END_OF_DOCUMENT_TOKEN_TO_BE_REPLACED 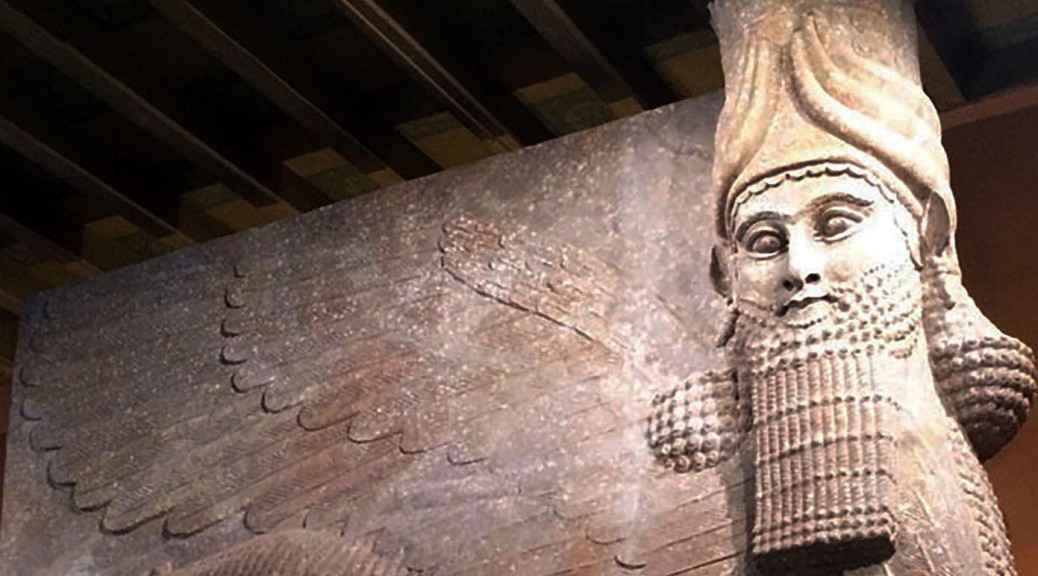 The Islamic State, or ISIS, is using everything from sledgehammers to bulldozers to rewrite Iraq’s cultural history, a priceless legacy of art and archaeology that they consider inappropriate according to their interpretation of the Quran.

A recent video released by ISIS showcases their destruction of historical objects in Mosul’s museum, some dating back to as early as the 7th century B.C. According to Iraq’s Ministry of Tourism and Antiquities, ISIS bulldozed the ancient site of Nimrud, a capital of the Assyrian Empire in the 800s B.C.

END_OF_DOCUMENT_TOKEN_TO_BE_REPLACED 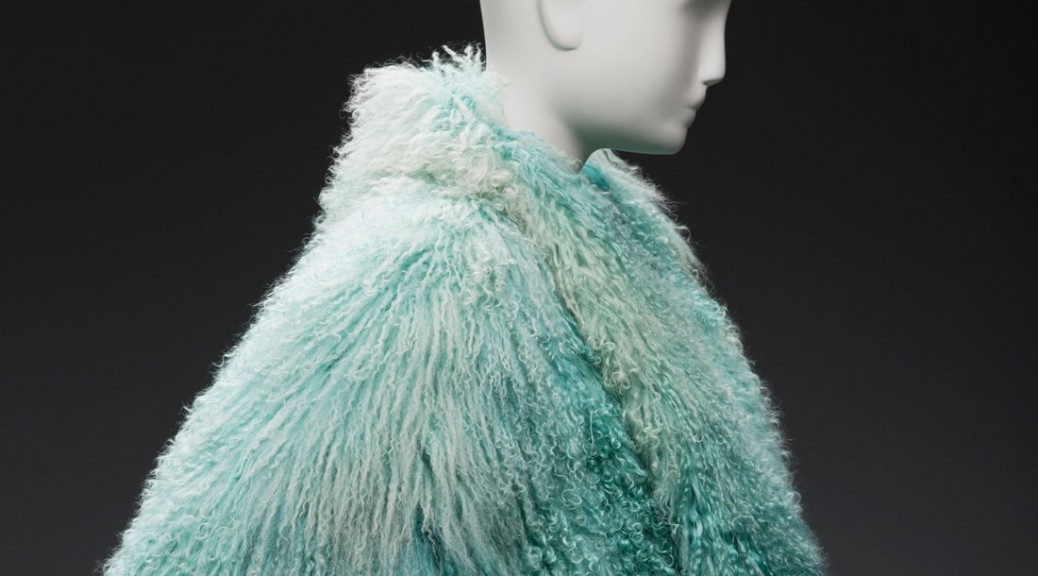 “Upper Michigan [Avenue] will be properly designed for magnificence, dignity and character, and will be like no other
commercial thoroughfare in the world.”

Imagine a time in Chicago when North Michigan Avenue, now unofficially known as the Magnificent Mile, wasn’t lined with vertical shopping malls and skyscrapers. Imagine a time, instead, when Michigan Avenue between Ontario and Oak streets was just an understated thoroughfare, linking Chicago’s bustling downtown centered at State and Madison to the residential Near North Side.