CHARLOTTE, N.C. – No-looks, alley-oop, bounce, between the legs, over the head — there are so many ways to pass a basketball. While dunks and threes dominate the NBA highlights, most start the same way; with an assist.

Though times have changed and the younger generations may not remember how Jason Williams used his elbow to bounce the ball to his center while looking in another direction, the young NBA stars have not forgotten.

“Either Jason Williams or Steve Nash for sure,” Atlanta Hawks rookie Trae Young said about his favorite passer of all time.
END_OF_DOCUMENT_TOKEN_TO_BE_REPLACED 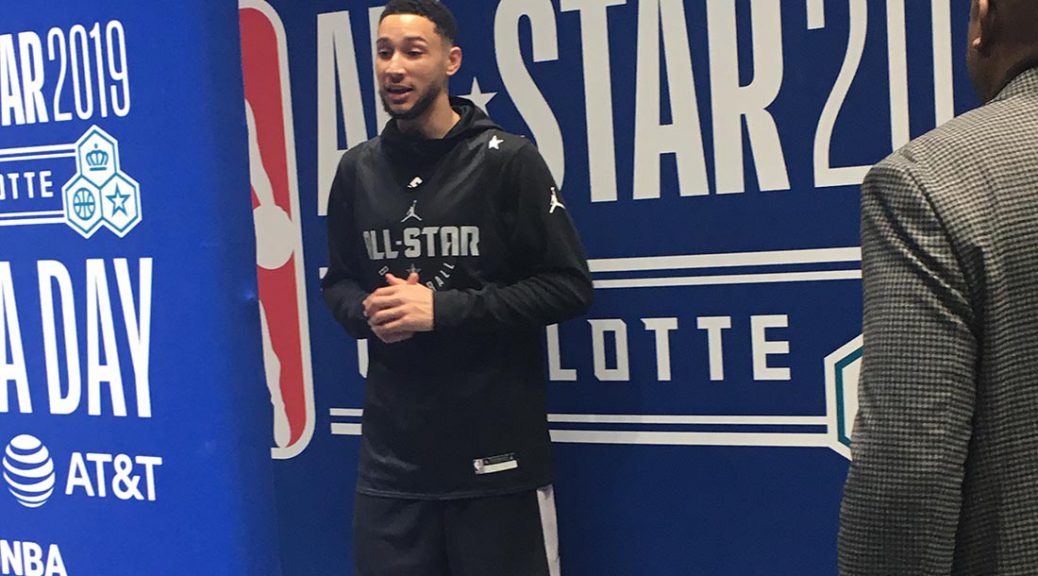 CHARLOTTE, N.C.– Ben Simmons had no issues with fitting in when it came to the scrum of reporters around him on Friday morning.

The second-year Rising Star and first-time All-Star looked like he belonged, joking with some of the reporters who threw some off-the-wall questions at him, and thoughtfully responding to the questions about basketball, his brand, and his hopes to use the Rising Stars Challenge stage to influence the league.

“It’s just another platform and opportunity for us to come out here and show what we can do.” Simmons said. “I love being a part of the World team. I love coming to an event like this and playing with guys from all over.”
END_OF_DOCUMENT_TOKEN_TO_BE_REPLACED 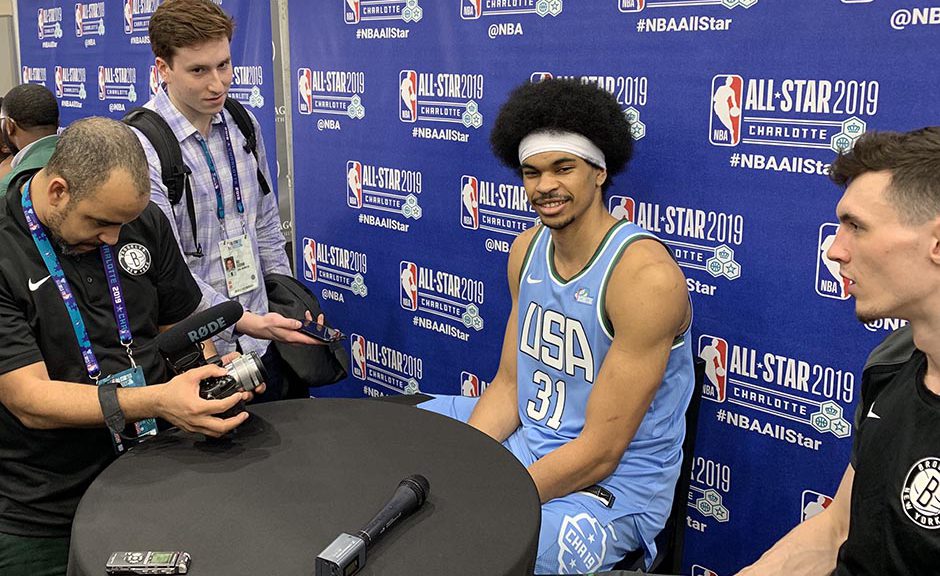 CHARLOTTE, N.C. – On a night full of high-flying slams, no-look passes and deep three-pointers, the two most memorable plays of Friday’s Rising Stars game came from someone who scored just two points.

Jarrett Allen of the Brooklyn Nets did what he does best — blocking two dunks less than one minute apart — proving that defense still lives on at All-Star Weekend. Even in a game that featured 305 total points.

“That’s just me playing my game,” Allen said. “I’m here for the defense. We had to make stops on the defensive end and that’s just me making a play for my team.”
END_OF_DOCUMENT_TOKEN_TO_BE_REPLACED 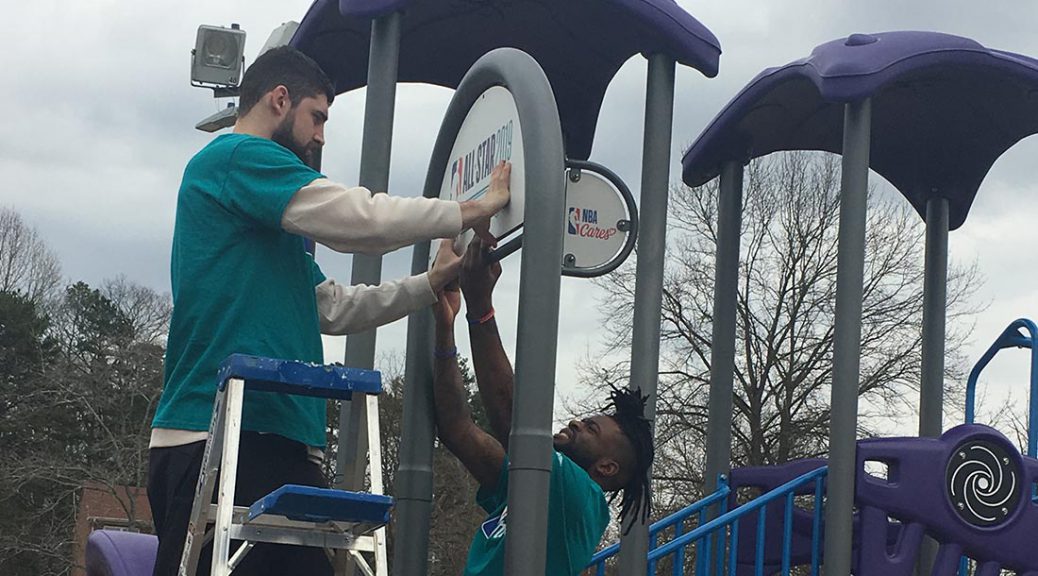 CHARLOTTE, N.C.– Reggie Bullock did not make an All-Star team nor is he participating in any of Saturday night’s competitions. He’s here in his native North Carolina for a greater purpose. After Bullock’s transgender sister, Mia Henderson, was murdered in 2014, the Lakers wing has become a powerful ally for the LGBTQ community.

“Obviously it’s something close to home for me,” Bullock said. “The [LGBTQ] community was something that she believed in and was a strong part of. I feel like it’s a duty of mine to be able to stand up for my sister. I’m definitely an ambassador and advocate.”
END_OF_DOCUMENT_TOKEN_TO_BE_REPLACED 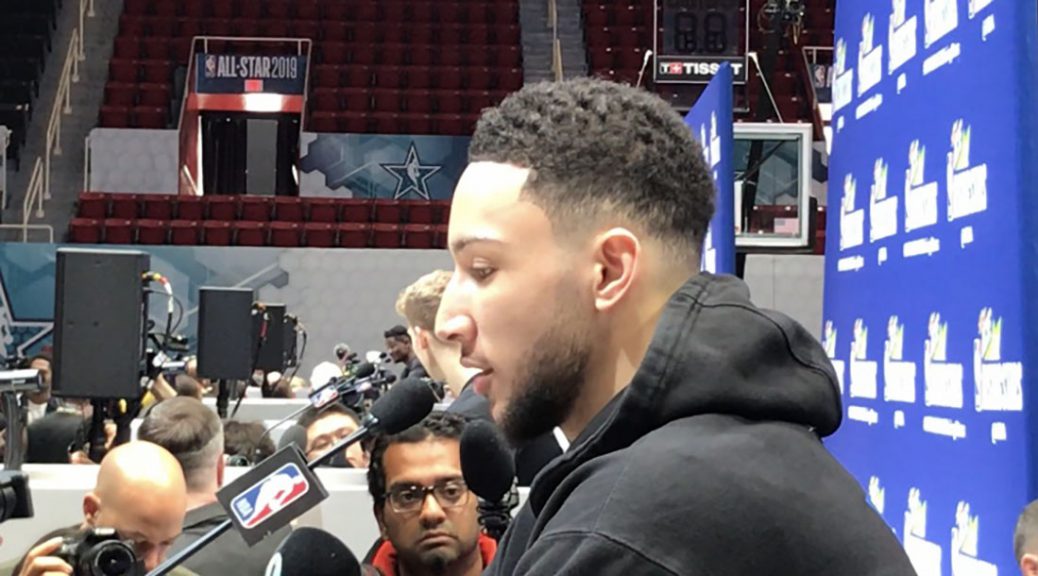 CHARLOTTE, N.C.– Members of Team World in the 25th Rising Stars game are embracing the opportunity to team up and represent their native countries, an NBA experience that only comes once a year during the All-Star weekend festivities.

Coached by Wes Unseld Jr. and Dirk Nowitzki, Team World has 10 players representing 10 countries across four continents at the Spectrum Center in Charlotte.

“It’s an honor,” said Shai Gilgeous-Alexander, who is from Toronto. “Obviously, not a lot of guys from Canada make it, even though we are on the rise. But it’s an honor. It’s a goal that I set out for myself a long time ago, and I was able to achieve it.”
END_OF_DOCUMENT_TOKEN_TO_BE_REPLACED 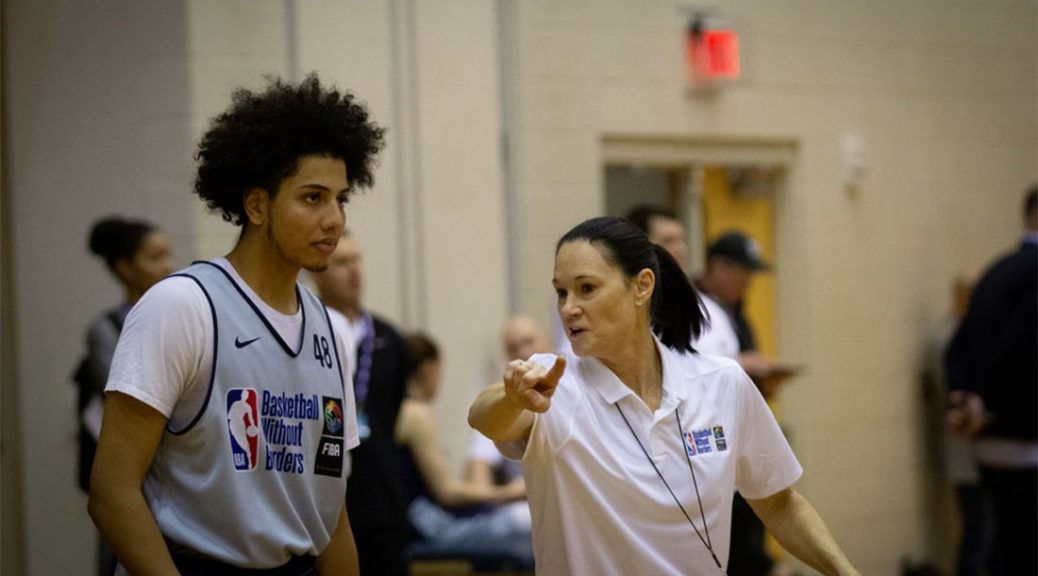 CHARLOTTE, N.C.– While the streets of Charlotte are slowly getting more crowded during All-Star weekend, the Levine Center at Queens University is the center of attention for NBA scouts.

The Basketball Without Border camp opened its door on Friday morning, gathering the most talented teenagers from all across the globe to compete and showcase their skills. This year, 63 kids stepped on the court for the first day of camp.
END_OF_DOCUMENT_TOKEN_TO_BE_REPLACED 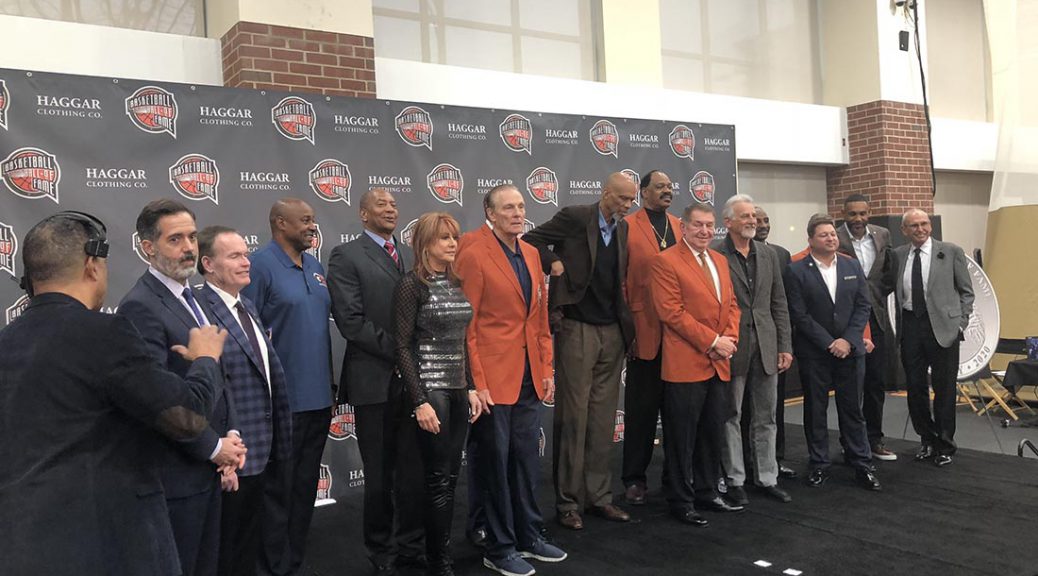 For added measure, Moncrief’s college coach at the University of Arkansas, Eddie Sutton, was also announced as a finalist.
END_OF_DOCUMENT_TOKEN_TO_BE_REPLACED