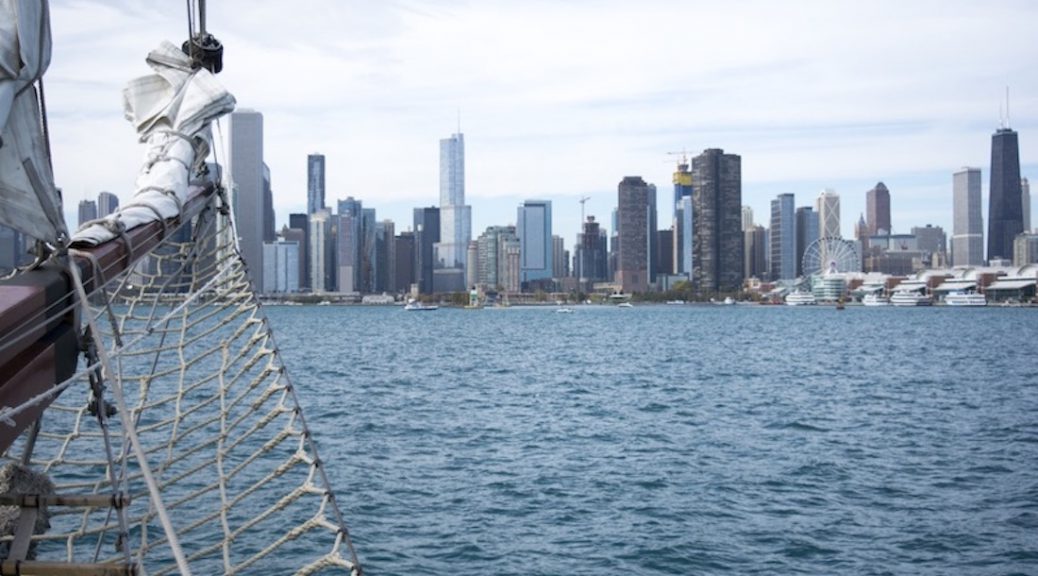 Although tall ships were exclusively the province of men when they were used to ship lumber after the 1871 Chicago fire, the replica ships that sail Lake Michigan these days more often than not feature a few women on their crews.

END_OF_DOCUMENT_TOKEN_TO_BE_REPLACED 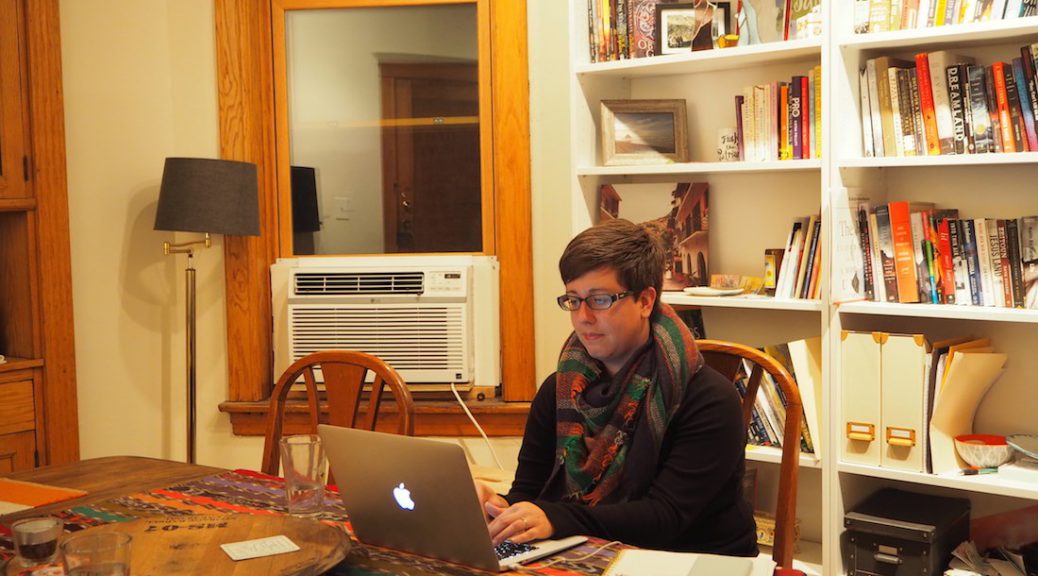 A blue state among red states in the Midwest, Illinois is often considered an “oasis” for reproductive health care when it comes to access to abortion. But even with less-restrictive abortion policies, clinics in the state are concentrated in Chicago, leaving gaps in access for women statewide, particularly in southern parts of the state.

For the women who travel from all parts of the Midwest to Chicago for easy abortion access, paying for an abortion can be expensive. According to the Guttmacher Institute, 75 percent of abortion patients in the United States are low-income.

But a Chicago nonprofit aims to make abortions more affordable for those who trek long distances to get one in the city. 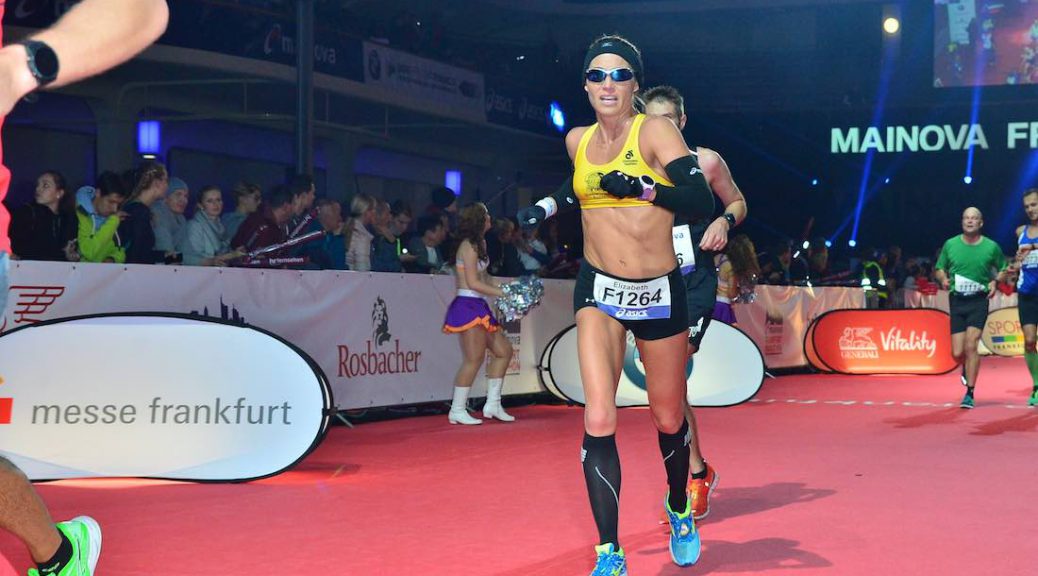 “If you can put one foot in front of the other faster than you walk, then you’re a runner,” says New York City running coach and triathlete Corinne Fitzgerald.

Fitzgerald uses this mantra to guide marathon runners as a coach at Mile High Run Club (MHRC), a studio that trains runners through treadmill workouts in New York.

“If you would have told me in middle school or even college then that I was going to be a run coach, I would have told you there’s no way in hell that’s happening,” said Fitzgerald, who has been coaching for five years.

END_OF_DOCUMENT_TOKEN_TO_BE_REPLACED

Researchers are still perplexed as to the effects of concussions on female athletes. But a Northwestern duo believes accounting for the menstrual cycle could be the key.

For rugby player Brittany O’Dell, it took a Will Smith movie to scare her into taking sports injuries seriously.

The 2015 true-life film “Concussion” chronicled the discovery of the degenerative brain disease Chronic Traumatic Encephalopathy, or CTE, and starred Smith as Dr. Bennet Omalu, the physician who discovered the condition. O’Dell, who plays for Chicago North Shore Women’s Rugby, says watching the film opened her eyes to the potential long-term effects brain injuries in her sport could have for athletes who didn’t take them seriously. “That made me scared a little bit,” she says. “That made me want to enforce recovery to everyone.”
END_OF_DOCUMENT_TOKEN_TO_BE_REPLACED 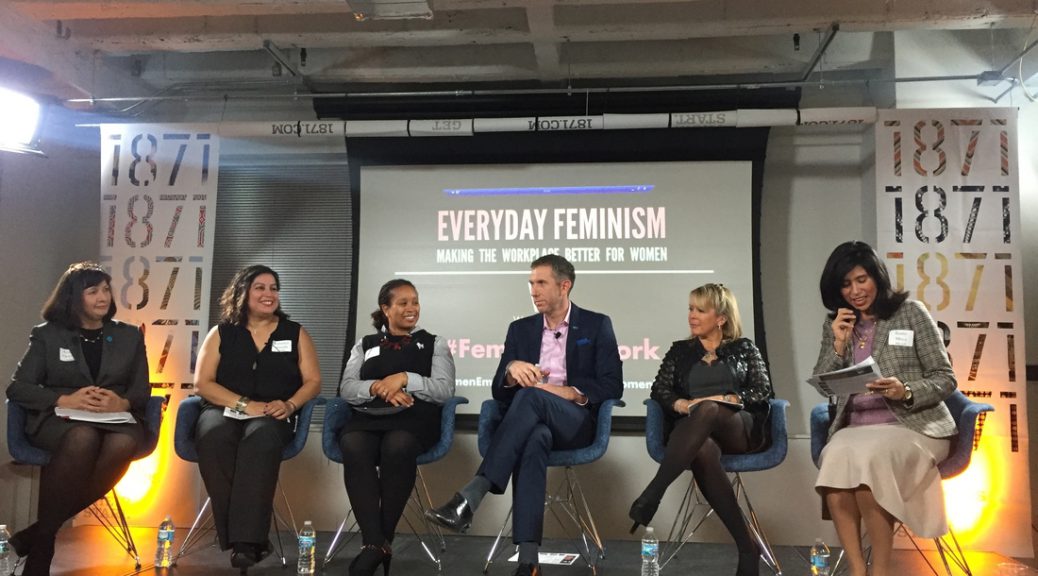 “Me Too” — it’s a short but powerful phrase that has taken social media, politics, workplaces and dinner tables by storm…at least for white women.

The viral social media campaign has been tweeted more than 1.7 million times and is credited with creating a unified platform for women to share sexual harassment stories. But reporting and sharing stories of sexual harassment remains more difficult for women of color compared to white women, according to Veronica Arreola, the director of Latin@s Gaining Access to Networks for Advancement in Science. And while actress Alyssa Milano is widely credited with the tweet that launched the “Me Too” hashtag, others point out that a black woman, Tarana Burke, started the movement 10 years ago to provide support for women of color who are survivors of sexual assault.

END_OF_DOCUMENT_TOKEN_TO_BE_REPLACED 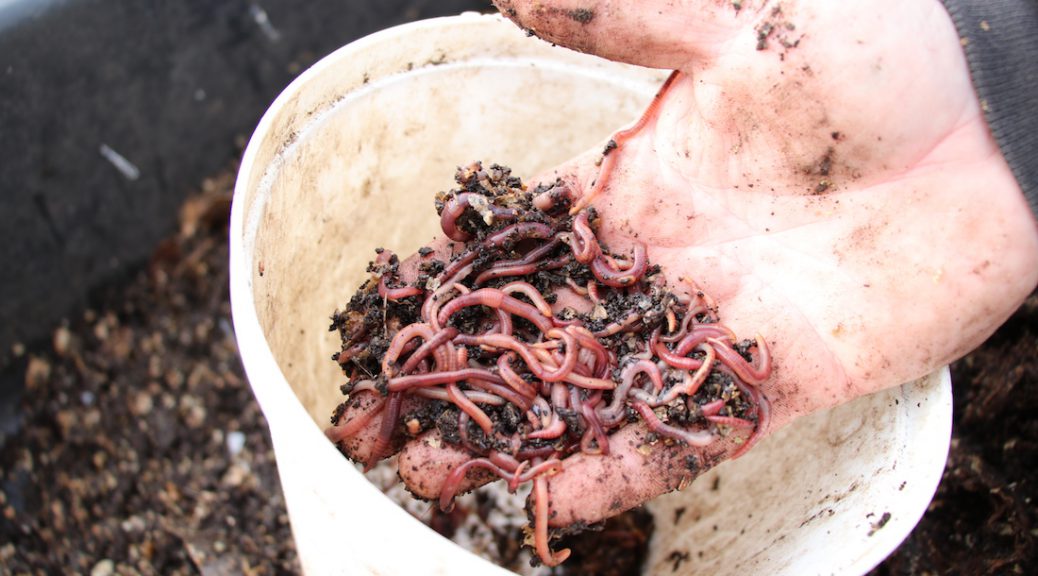 Ed Hubbard has been dreaming up worm businesses since before he could drive. Now the 54-year-old has turned that passion into a business, transforming Chicago’s food waste into valuable soil one crawler at a time.

END_OF_DOCUMENT_TOKEN_TO_BE_REPLACED 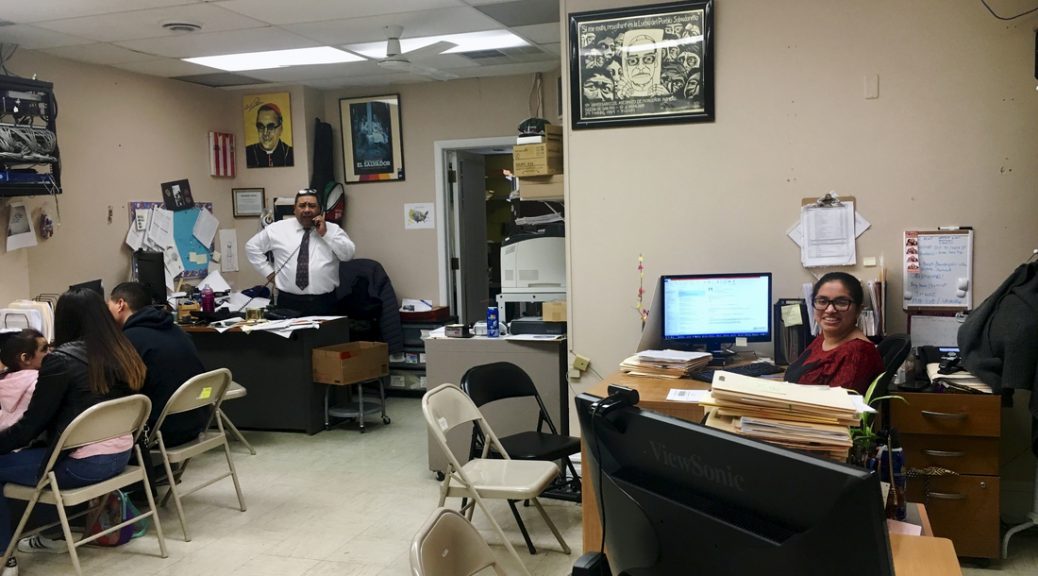 The Salvadoran consulate in Chicago is tucked away in a small office above a Chick-Fil-A and a mattress store, in a building next to the State and Lake train stop in the heart of the Loop. On a wintry morning, the consulate’s waiting room was packed, as usual, with Salvadorans — young, old, men and women dressed in their Sunday best, although it was Tuesday, Nov. 14 — waiting for appointments with their country’s representatives.

This time around, though, there was an added pressure in the air.

On Nov. 3, the United States was set to begin removing protections from immigrants under the Temporary Protective Status program — removing deportation protections from nearly 300,000 Haitians and Central Americans. Nearly two thirds of these immigrants are Salvadoran.

The administration has already removed TPS protections from Nicaraguan and Haitian immigrants. However, the White House announced it would take more time to decide the fate of 57,000 Honduran immigrants living in the U.S. under these protections, and has yet to make an announcement regarding the fate of Salvadoran TPS recipients.

END_OF_DOCUMENT_TOKEN_TO_BE_REPLACED 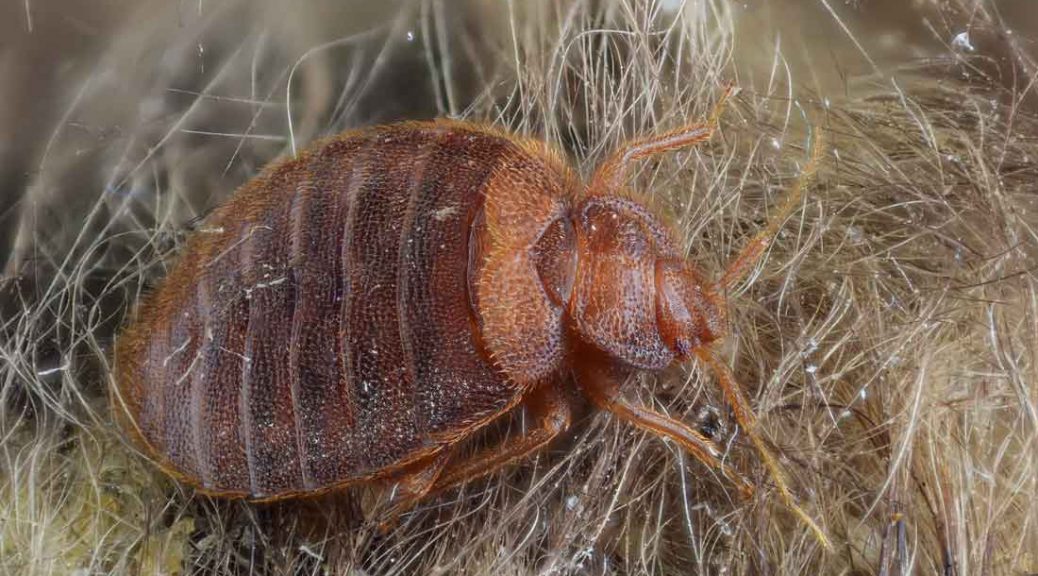 Andrea Sturm was teetering on the edge of homelessness in Chicago’s Uptown neighborhood when the bed bugs came. Too itchy to focus, furious at her landlord for allegedly neglecting the problem, Sturm sprayed her apartment with alcohol to kill the pests. Then she lit a cigarette.

The burn marks covered her thighs in mottled purple knots.

She must have spilled alcohol on her clothes in her frenzy.
END_OF_DOCUMENT_TOKEN_TO_BE_REPLACED 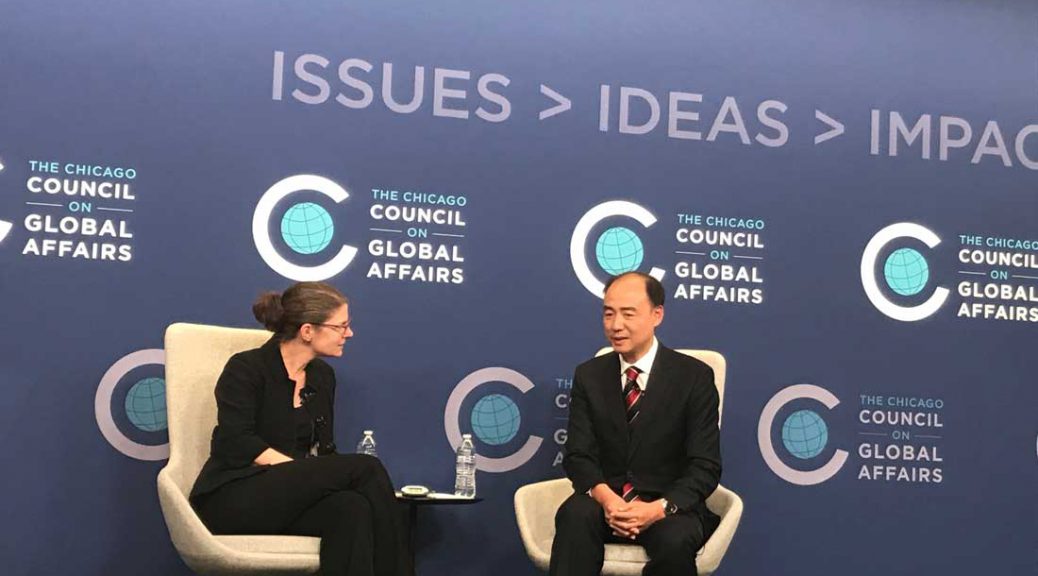 a Jun, a prominent Chinese environmentalist and former journalist, achieved the unimaginable in 2013.

He, along with 25 other NGO partners, convinced the Chinese government to release real-time online monitoring data on the 12,000 largest factories operating in China. This was the first time this information had been made accessible outside of the government.

END_OF_DOCUMENT_TOKEN_TO_BE_REPLACED 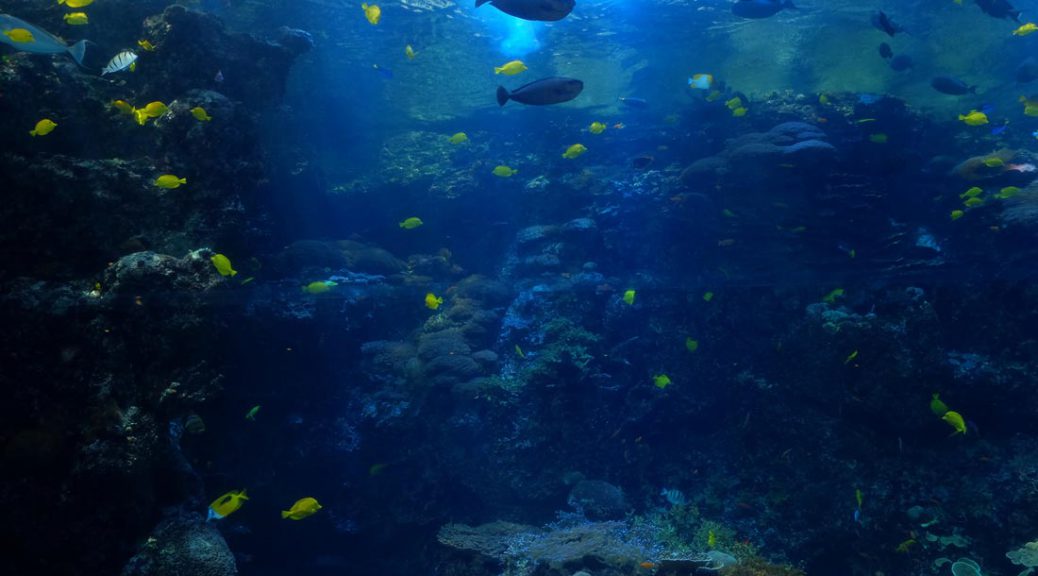 What mysteries lurk in the blue water that covers more than 70 percent of the earth’s surface? No one truly knows, not even scientists. But many suspect the next miracle cure could be swimming in vast oceans amongst tiger sharks and stingrays.