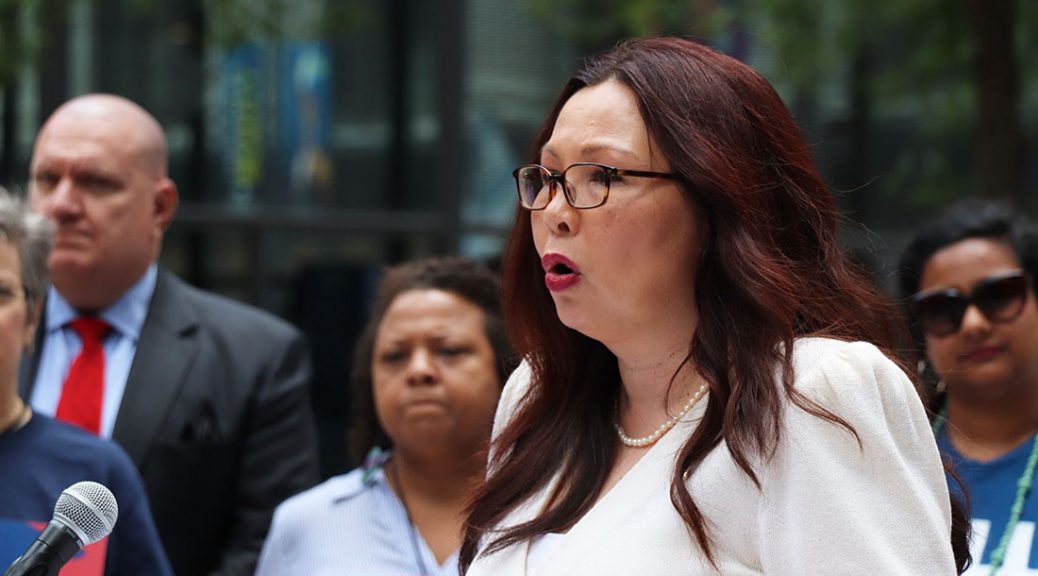 U.S. Sen. Tammy Duckworth (D-Illinois) said Friday that the federal government is “stonewalling” her attempts to visit a Des Plaines facility that houses immigrant children taken from their families at the U.S. border.

Most of the 2,500 children separated from their parents have been reunited, the administration reported Thursday.

“We fully intend to reunite all children with eligible parents within [Immigration and Customs Enforcement] custody by the court’s deadline,” said Chris Meekins, the Health and Human Services Department’s deputy assistant secretary for preparedness and response, in a statement Thursday.

But Duckworth said Friday that hundreds of immigrant children were still stranded in Illinois and across the U.S.

She explained that some of the children taken into U.S. custody are often too young to talk or to remember the names or phone numbers of family members.

“This is a moral failure on a scale that would have been unfathomable just a few years ago,” she said.

Ed Yohnka, communications director for the ACLU of Illinois, said he feared that there are children who may never be reunited with their families.

“We are not going to rest until every single child is reunited with their parents who can be, but given the mess that this administration has made of it, that job gets harder every single day,” Yohnka said.

Duckworth said the Department of Health and Human Services would not respond to her request to visit the Casa Guadalupe facility in Des Plaines, operated by Heartland Alliance, a nonprofit group that runs several shelters for unaccompanied minors.

She said she had seen reports of abuses at the Des Plaines facility and that she wanted to see for herself at what was going on.

“What are they hiding? Are things actually worse than what we know?” she asked.

On Friday morning, ProPublica Illinois reported that an investigation into facilities housing unaccompanied minors in the state — including Casa Guadalupe — uncovered reports of abuse by staff and sexual activity among children in those facilities’ care.

ProPublica reported that Heartland declined to comment on specific allegations against it.

When asked Friday for updated figures on the stranded immigrant children, the Health and Human Services Department provided the same numerical breakdown it released Thursday.

ProPublica reported Friday that by Thursday, 17 children who had been separated from their families at the border remained in Illinois shelters, according to the organizations that house them.

“With every day that goes by, separated parents and children suffer even more trauma. It’s long past time for Trump to reunite these families and end the crisis he created,” Duckworth wrote Thursday on Twitter, using the hashtag FamiliesBelongTogether.