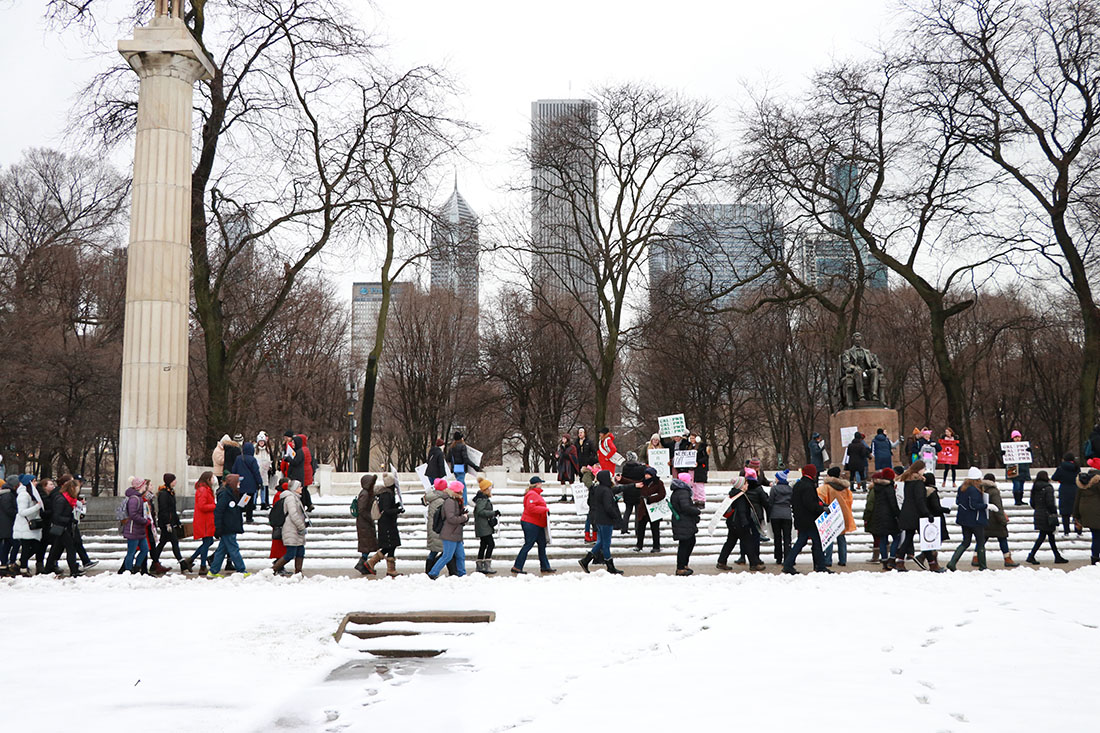 About 10,000 people gathered in Grant Park for the fourth annual Women’s March on Jan. 18, the anniversary of the first march held in 2017 to protest the election of Donald Trump as president. The march signifies an effort to bring awareness to important issues such as immigration, voting rights and health care as well as reproductive rights.