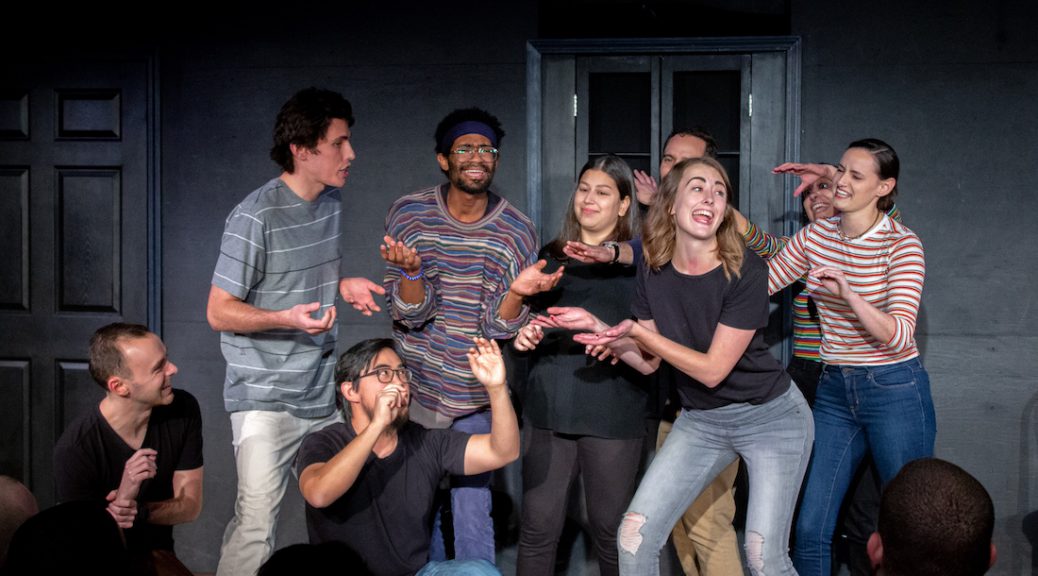 Six brand new performance teams took the stage in iO Theater’s two-night New Team Smell Season 2 premiere on Oct. 29 and Nov. 5. These new groups of students are selected by audition, and earn a spot performing at iO on Tuesday nights throughout the eight-week season.

Chicago has a reputation as a breeding ground for aspiring comedians and has been home to successful artists such as Bill Murray, Stephen Colbert and Aidy Bryant. It is no surprise that so many young performers come to Chicago to perfect their craft.

“We were trying to develop a show that people would want to see,” New Team Smell co-producer Miguel Ridriguez said. “We essentially wanted to find brand new teams that were coached by brand new improvisers.”

Performers use an audience suggestion and create a completely made-from-scratch 15-minute show. The New Team Smell shows are collaborative, supportive and high energy. Neither the audience nor the improvisors know where the show is headed next, creating an exciting, anticipatory atmosphere in the theater.

Rodriguez said he and co-producer Liz Komos created New Team Smell as an opportunity to build a community and get to know fellow performers while also forming an “Indie team.” Indie teams are a common option for getting lots of performance practice outside of the theater and class space and many aspiring improvisers form one or more teams with friends and classmates to continue to perform around the city.

“I wanted to do New Team Smell to get auditioning experience and to challenge myself to work with people I’ve never met before.” Season One performer Najah Bhatty said. “It was important to me to push myself and audition to get out of my comfort zone.”

One challenge new Indie teams often face is finding a coach and rehearsal space and coordinating times when everyone is available. New Team Smell eases this challenge by providing the coaches and rehearsal spaces for free and team members agree to the commitment of at least two rehearsals before the first performance.

“Liz and I always knew we wanted the coaches to represent the diversity that we hoped our teams would represent on stage,” Rodriguez said. “We created a list of some of our favorite improvisers and people we knew who represented different ethnicities, genders, identities.”

Representation and diversity are long-standing nationwide issues in the comedy community since comedy was historically dominated by white men. iO has a “DiOversity” scholarship program to provide opportunities of inclusivity, and New Team Smell hopes to create another opportunity for improvisers to have a safe, supportive and inclusive environment to strengthen their comedy skills.

“As a minority and person of color, I valued that the Season One coaches were minorities,” Bhatty said. “I got to share my experiences with my coach, receive validation and get insight as to what my challenges might be as a POC performer and how to overcome them.”