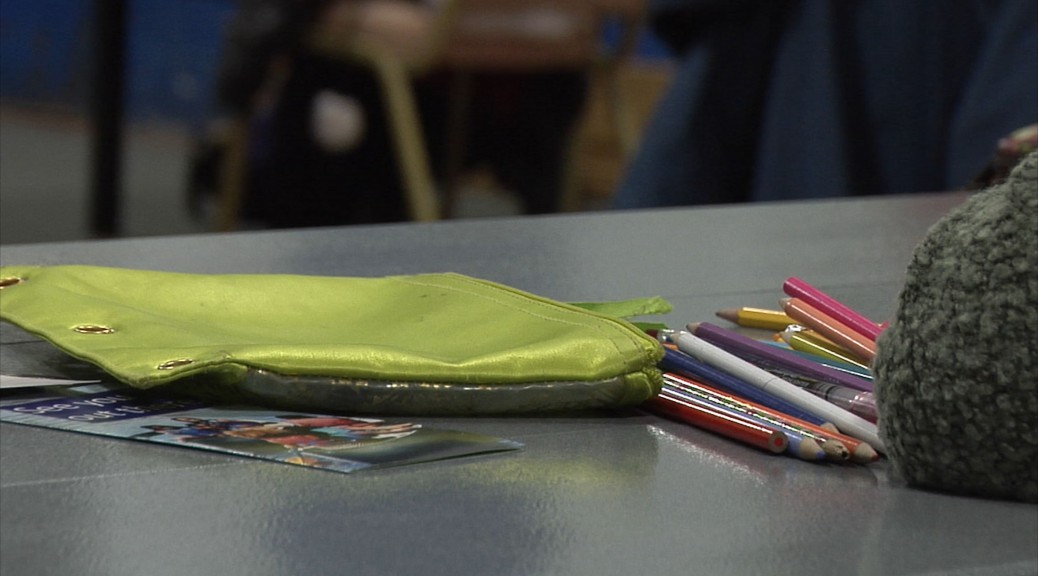 By: Rachel White and Julie Woon

In this edition of Medill Newsmakers, Rachel White and Julie Woon take a look at two different education opportunities in the city. First they talk to an administrator and student at a local charter school, then with a public school teacher to see what he’s doing to help his students become successful.  Later in the program, they profile a local tutoring organization with a unique way of getting its students to graduation.

END_OF_DOCUMENT_TOKEN_TO_BE_REPLACED 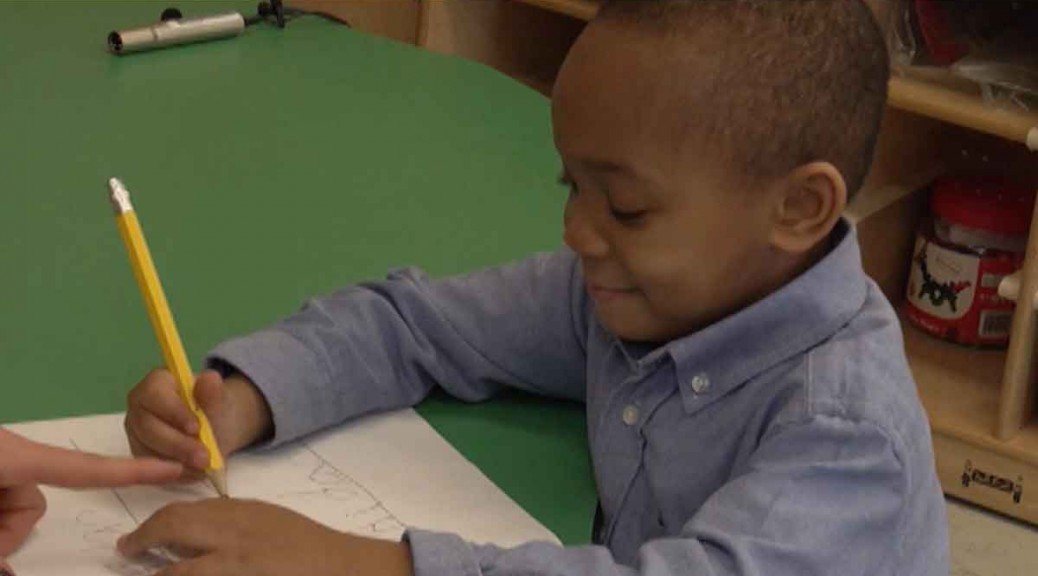 By Beth Lawrence and Meg Rauch

In this edition of Medill Newsmakers, we take a look at two important resources to help Chicagoans and their families. First, we explore the preschool enrollment process. Many preschool spots in Chicago go unfilled every year, and parents and teachers say this is because the process of enrollment can be complicated and tedious. Improving communication from the city about how to better inform parents about enrollment is underway, and we’ll hear from one organization committed to helping all parents, especially those in low-income communities, navigate this process.

Next, we’ll explore a job training program that helps Chicagoans find and keep programs. Graduates of the Cara Program are able to find better permanent jobs with higher wages than others in the job market. We’ll hear from one of the program’s directors about why this is the case and how other struggling Chicagoans can find work through Cara.

END_OF_DOCUMENT_TOKEN_TO_BE_REPLACED 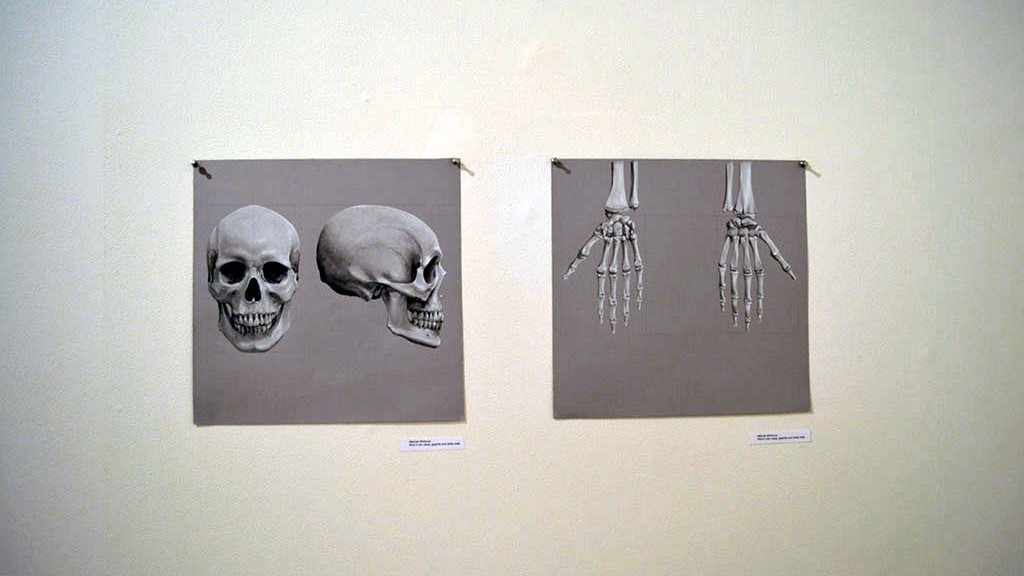 The International Museum of Surgical Science’s new Anatomy in the Gallery exhibit feels more like an immersion into the study of physiology than a walk through a classical art show. This is because the art displayed in Notes on Life: Visual Lectures from the Vitruvian Fine Art Studio, on view until Friday May 22nd, was created originally for classroom learning. END_OF_DOCUMENT_TOKEN_TO_BE_REPLACED 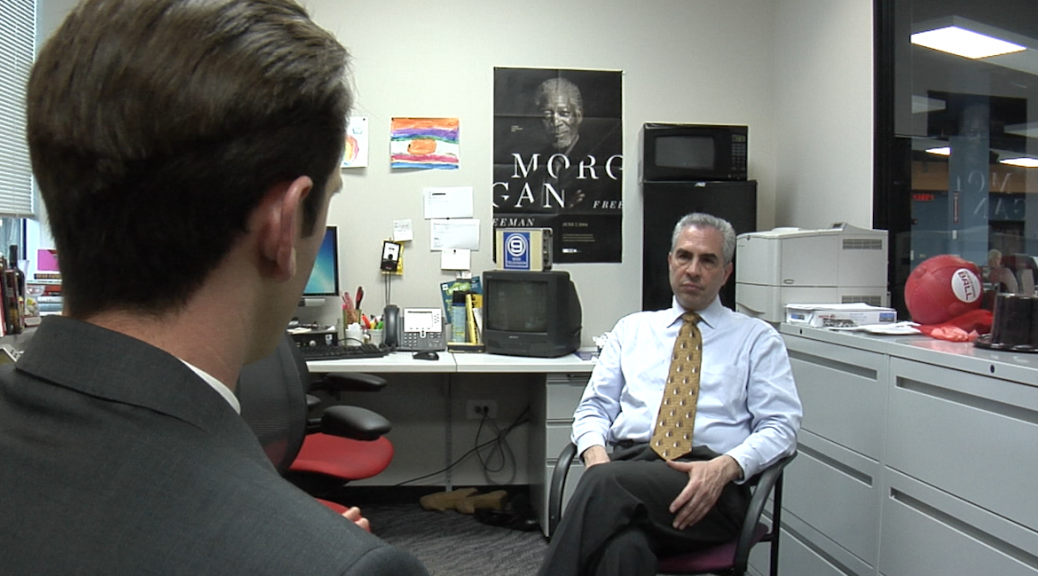 By Andrew Fowler and Matt Yurus

Medill’s Andrew Fowler and Matt Yurus bring you an in-depth conversation with WGN Political Analyst Paul Lisnek.  The TV and raido show host and author shares his perspective on Gov. Bruce Rauner’s plan to close the budget gap and diminish union power, a Supreme Court case that could end the Affordable Care Act and the one thing Chicagoans should ask themselves before voting in the runoff election on April 7.

END_OF_DOCUMENT_TOKEN_TO_BE_REPLACED 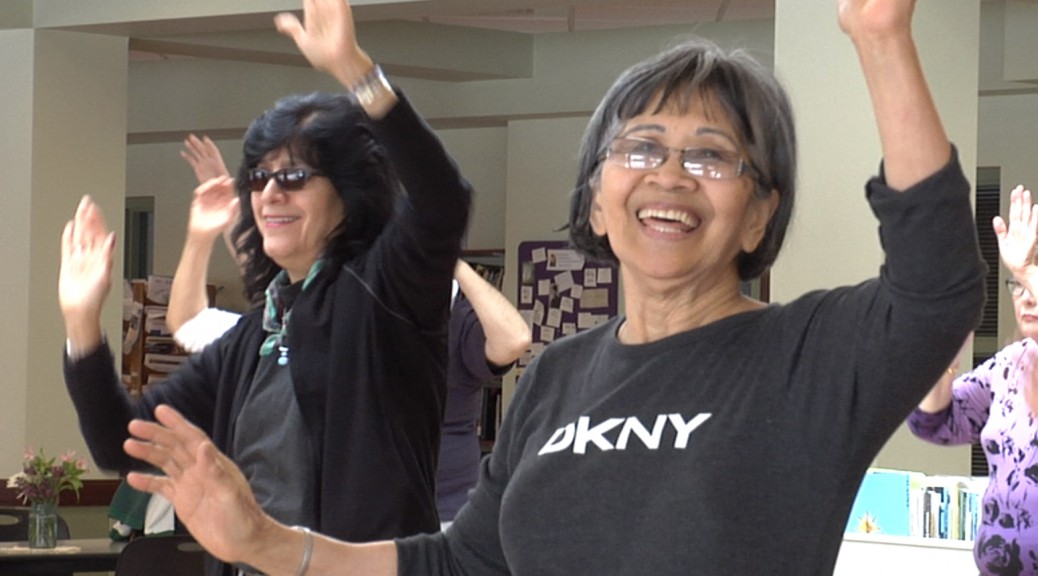 Senior centers are no longer about Bingo for the 80-year-olds.  As more younger seniors in their 60s are coming in, North Center Satellite Senior Center added  Zumba dancing, line dancing and more physical activities to the programs.

Helen Tubog seeks out Zumba rather than Bingo at the senior center.

END_OF_DOCUMENT_TOKEN_TO_BE_REPLACED 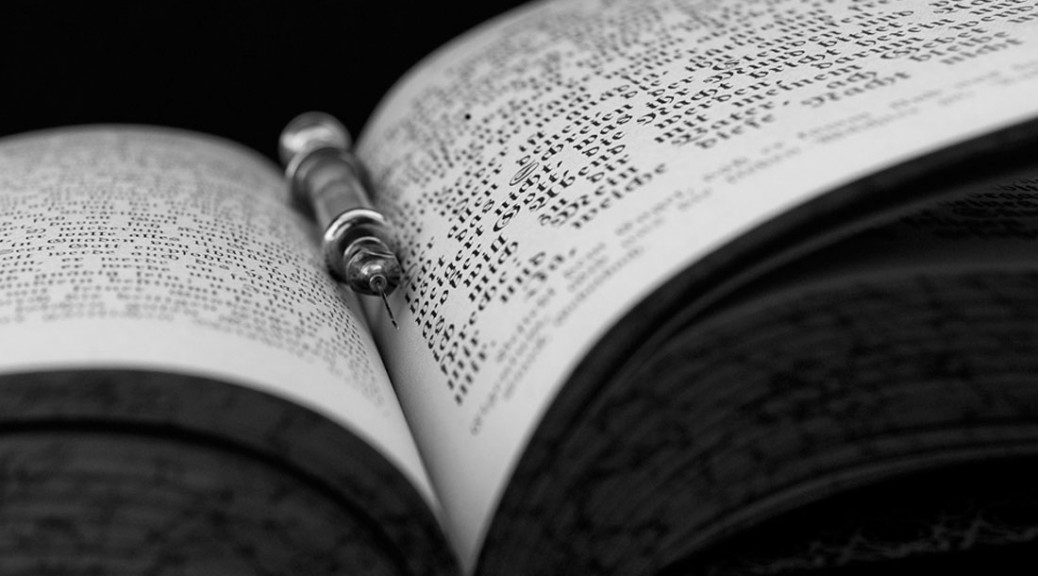 An infectious disease that can affect intravenous drug users is expected to increase as a result of rising rates of heroin use across the United States, according to Sharon Kelley, CEO of Associates in Emergency Medical Education based in Tampa, Florida.

“We’re already seeing increases of Endocarditis from all the increase in IV drug use,” Kelley said of the potentially life-threatening heart infection that affects heart valves by causing them to malfunction.

According to Dr. Robert Sade, a cardiothoracic surgeon at Medical University of South Carolina in Charleston, there is a relationship between the condition and intravenous drug use. END_OF_DOCUMENT_TOKEN_TO_BE_REPLACED 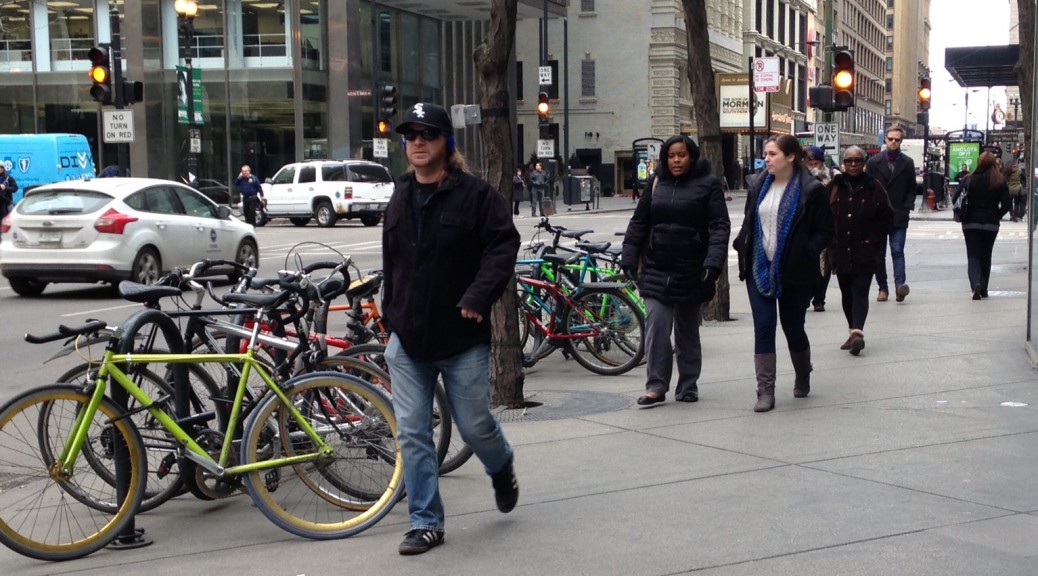 Nationally, the tab is $1.3 trillion and climbing.

With 25 percent of the outstanding student loan debt already in deferment, forbearance or default, policymakers in Washington are wondering: should the federal government forgive it?

END_OF_DOCUMENT_TOKEN_TO_BE_REPLACED 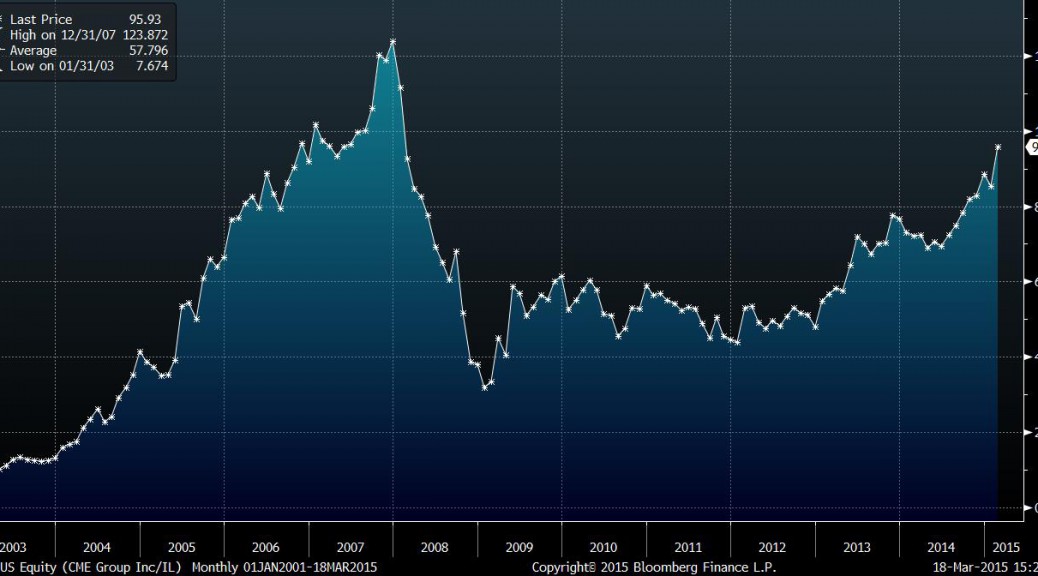 CME group Inc., the world’s largest futures-exchange operator, has been gaining impetus since summer as its contract volume rose due to the high volatility in interest rates and energy markets. Analysts expect a further rise in volume, revenues and earnings, but not in the stock as it’s fully priced.
END_OF_DOCUMENT_TOKEN_TO_BE_REPLACED 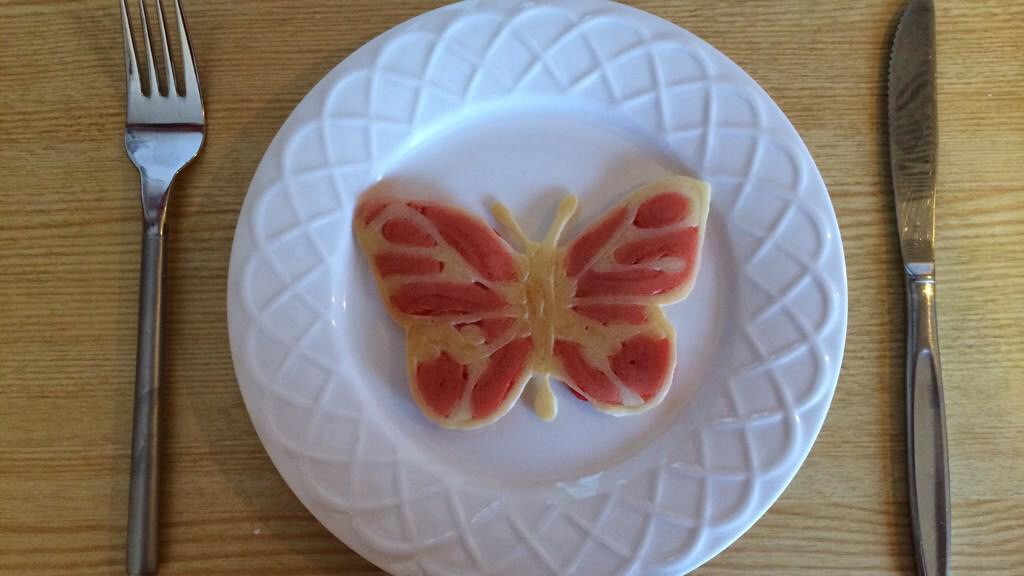 3D printing is more delicious than ever. With more than 1,000 Kickstarter backers, PancakeBot is the world’s first 3D pancake printer.

“It’s a project I did for my kids to get them inspired. It’s a family project,” Miguel Valenzuela said about his invention. Valenzuela is a civil engineer, inventor and father living in Norway.

PancakeBot was first prototyped as a LEGO model before Valenzuela made it into the current machine.

Launched in 2013, PancakeBot won’t hit stores until mid 2015, but Kickstarter backers can get their own for half the anticipated retail price by pledging $149 dollars.

“I’ve always wanted to dabble with 3D printing, especially since it was coming online with Makerbot,” Valenzuela said. “I learned how to program with LEGO code, pretty much spent six months making a pancake machine out of LEGOs. We posted the video on YouTube and then it went viral. It was all made out of LEGOs except for the ketchup bottle”

The idea originated with a question from Valenzuela’s daughter as he was reading an article in Make Magazine about prototyping with LEGO, Valenzuela said.

Valenzeula began bringing his PancakeBot LEGO prototype to Maker Faires including one at The White House. After partnering with StoreBound, he began a Kickstarter campaign in order to reach a wider audience and bring the project to stores later this year.  PancakeBot, which comes with pre-loaded designs and an SD card for custom designs, lets users create pancakes in any pattern they can dream of.

And, yes, then you pour syrup on it and eat it. Valenzeula reveals more secrets about his Bot.

How long does the process take?

It depends on the size of the pancake, of course. For a simple one it can trace something out in 45 seconds to a couple of minutes, the outline of it, and then it needs to come back to fill. You can do the fill by hand, or you can do the fill with PancakeBot. You’re looking at three to four minutes for a decent sized pancake with a custom design and logo on it.

How does PancakeBot work?

The way it works is that you import the image for the background into the software. Then you have a window where you trace over the background. You trace lines. There are no curves, just lines. If you want to draw a circle, you draw a bunch of small lines. Once you draw your dark lines, you go back and you click a [15 second delay] into it. That allows the brown stuff to cook and get browner. Then you come back and do the fill. The fill fills it in with a lighter batter. Then you give it a flip and you have your image revealed to you. Every time you flip the pancake you don’t know exactly what you’re going to get, because you don’t know how long it’s cooked. The cool thing is the reveal. Like ‘ooh look at that, it came out perfect.’

You can print layers, but it’s very limited in the amount of layers it’ll print. The main thing is that pancake batter is in this liquid form, so it’s not like taking an apple and making it into liquid form and squirting it out. So there’s a natal progression of going from pancake batter to pancake. That’s what’s really cool about this. For stuff that has the same viscosity as pancake batter and you can cook it, the sky’s the limit on that. We use 3D printing technology and it uses the idea of food and cooking. It’s the only printer out there that actually cooks food while it’s being made. We went from LEGO to this.

How do you hope people use Pancake Bot?

Number one, I hope people will make pancakes out of it. I don’t want it to end there. I want people to look at what we’ve created here as a tool for learning, a tool for exploration and a tool for inspiring kids to look at technology in a different way. Now what we’re doing is we’re putting a computer system and machine into the kitchen and you can tell it what to do. You’re the artist now. We’re looking into allowing the user to hack it. They can upload their own programs to it, and draw out custom shapes. It would be nice to see it at places like Disney Land, resorts, hotels.

Do you ever get tired of pancakes?

Have your kids been inspired from you invention?

Totally! Now my kids are inventing stuff and making things. They’re playing with robotics and [are] interested in programming. The kids look at things differently now. They say, “Dad, can you build a robot for this?” They’re seeing now that technology can be used on a daily basis.

This project would not have been possible without the Maker community, because this is one of the reasons we decided to do it, is to inspire kids to get involved with technology. The Maker community has been very awesome in helping us out.

Photo at top: A butterfly pancake created by PancakeBot. 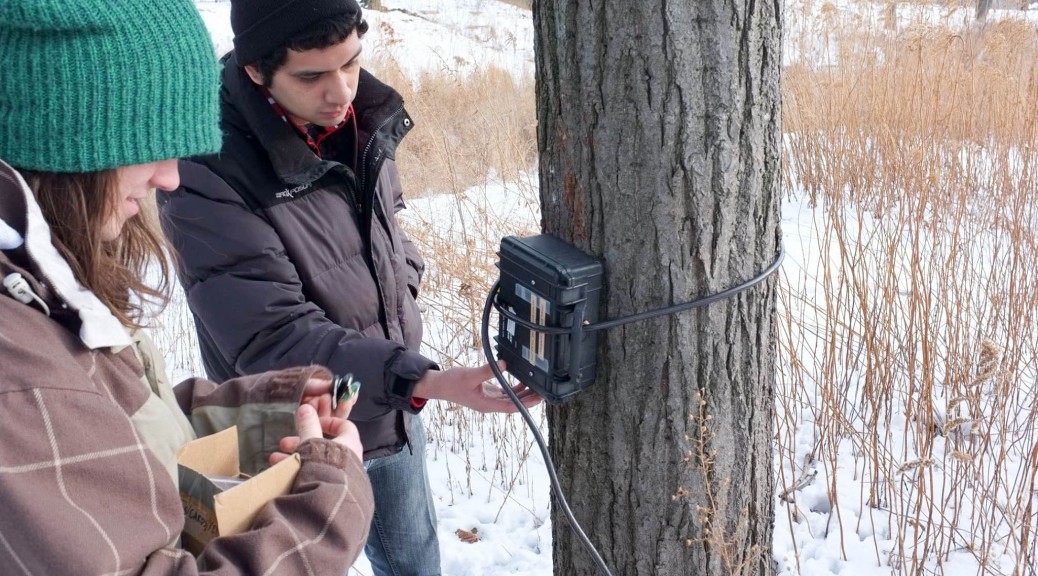 With car horns, truck traffic, and the buzz of jackhammers and construction blaring through every city neighborhood, local decibel levels make Chicago one of the noisiest places in the country.

That’s according to data released recently by the National Park Service’s Division of Natural Sounds and Night Skies. END_OF_DOCUMENT_TOKEN_TO_BE_REPLACED