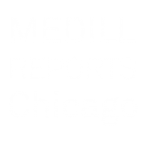 I was very cognizant of the generation that came before me — the Vietnam generation, my parents’ generation — so when I was writing “Dear Mr. President,” I felt that the characters were in conversation with the war literature that belonged to it.

Nobody was thinking about war — this was pre-9-11. There wasn’t all this art. For me to even suggest that the goal was subject-worthy of cultural introspection was strange, unique. I was like an aberration. People were like, “Whoa, the Gulf War. I never even think about that.”

After 9-11, my conviction was that I had to keep that one imaginative space open to let the characters do whatever they want to do in the context of my narrative. At a certain point, the characters become somewhat unhinged, but they’re doing so because they think they’re taking a moral stance. That moral complexity — I had never been able to articulate that kind of truth of my own experience before.

If you look at how much time I’ve spent alone compared to other humans, I’m in a very small percentage. You turn yourself into a strange thing.

It’s odd because the way you’re trying to make a connection with others is by being alone in a room apart from all humans. You’re doing it because you want to have a meaningful connection with whoever the book might bring into your life.

Writing a book is weird. You plant a flag in the ground that no one can see and say, “This is super important,” even though nothing exists. “Dear Mr. President” is a really weird book. Sometimes younger writers say, “I didn’t know that was permissible.” Believe in the truth of what you’re doing and stick with it when the whole world is either uninterested or doesn’t believe in it.

I picked up this little antique bookshelf that I put by my bed and I put 20 books on it. When I woke up every day, I saw that shelf and I knew the book I was working on was an amalgamation of them. It was like a compass.

My parents divorced when I was five, and it wasn’t clean. In “Gork, The Teenage Dragon,” the mother and father are coming to Earth on a spaceship, but they can’t stop. They know they’re going to crash, and the mother creates a video that’s left for Gork who’s currently in an egg. She says, “I want you to be different.” And I felt like that was an odd way where I was addressing my own wounds.

I still wonder if the loneliness was worth it. I think it was. But the loneliness that you feel, and the way that you have to be open to every single idea because it could be the thing that helps you flow into your writing. You have to let your mind settle down. You have to let your spirits settle down. You have to be alone and not be guarded in any way, and recognize that even if you feel like you’re procrastinating, or you’re watering the plant, you’re working. You’re always working.

I have confidence in my ability to be creative and to use language in a particular way. I think everybody is afraid when they’re younger. I was. But I have no fear on that playing field. I think confidence is my talent — I’d put it alongside anybody’s. That’s the kind of feeling that every artist has to have—otherwise they never make the thing.

My dog is the greatest. She’s the best thing that’s happened to me. She totally takes you out of your mind. Her enthusiasm for every moment is infectious, and her delight and sense of play is instantly something that me as a human can just get lost in. So gone are the pressures of worrying about quarantine or worrying about my writing. You’re one hundred percent in the moment.

This interview was conducted on April 18, 2020 and has been edited and condensed.