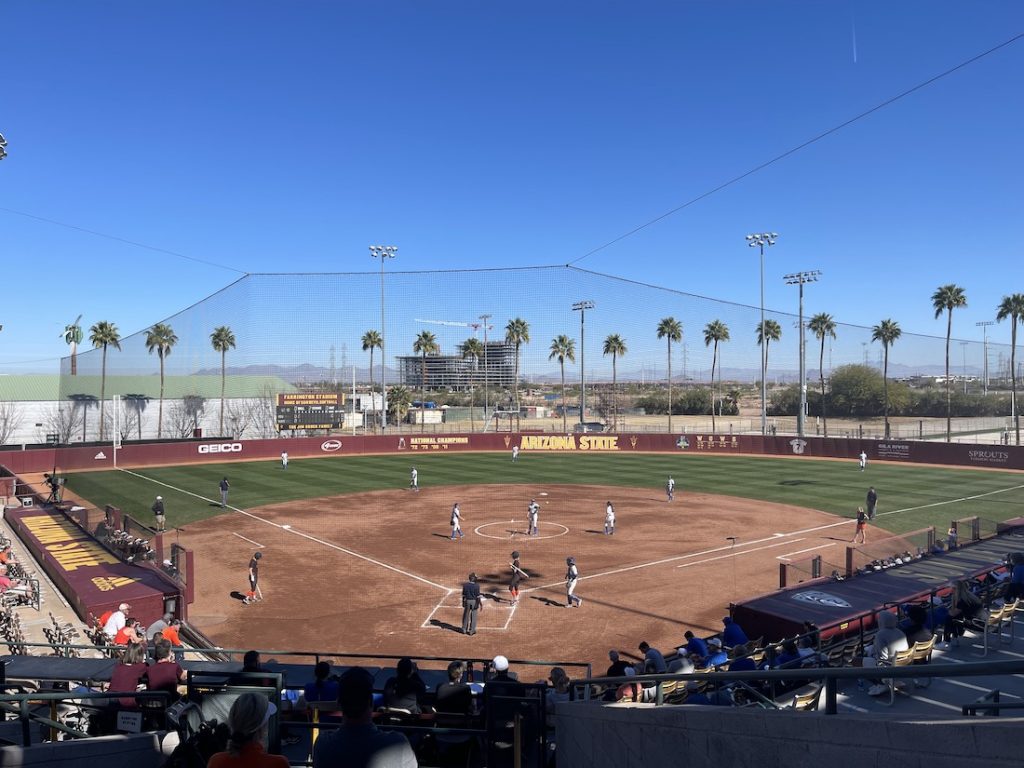 By Molly Keshin Medill Reports TEMPE, Ariz. — The young Duke softball program, in only its fifth year, experienced a lot of firsts last season: its first ACC Championship victory, first NCAA tournament appearance and first All-American in senior infielder Deja Davis. However, with their 4-0 victory over the No. 5-ranked Oklahoma State Cowgirls Friday […] 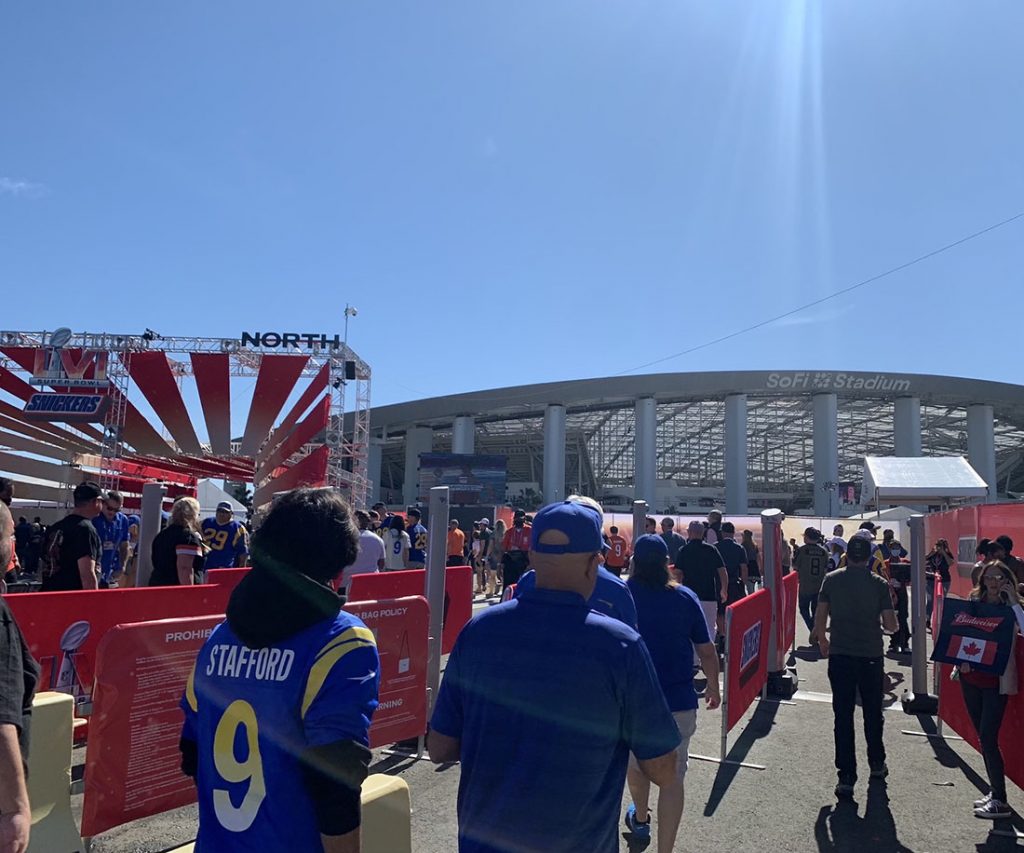 By Erin McMahon Medill Reports LOS ANGELES — Super Bowl LVI could feel like an away game for the Los Angeles Rams, and not just because they are the designated visiting team. With the curse of SoFi Stadium, or the lack of blue and yellow supporters for the teams who play there, home-turf advantage isn’t […] 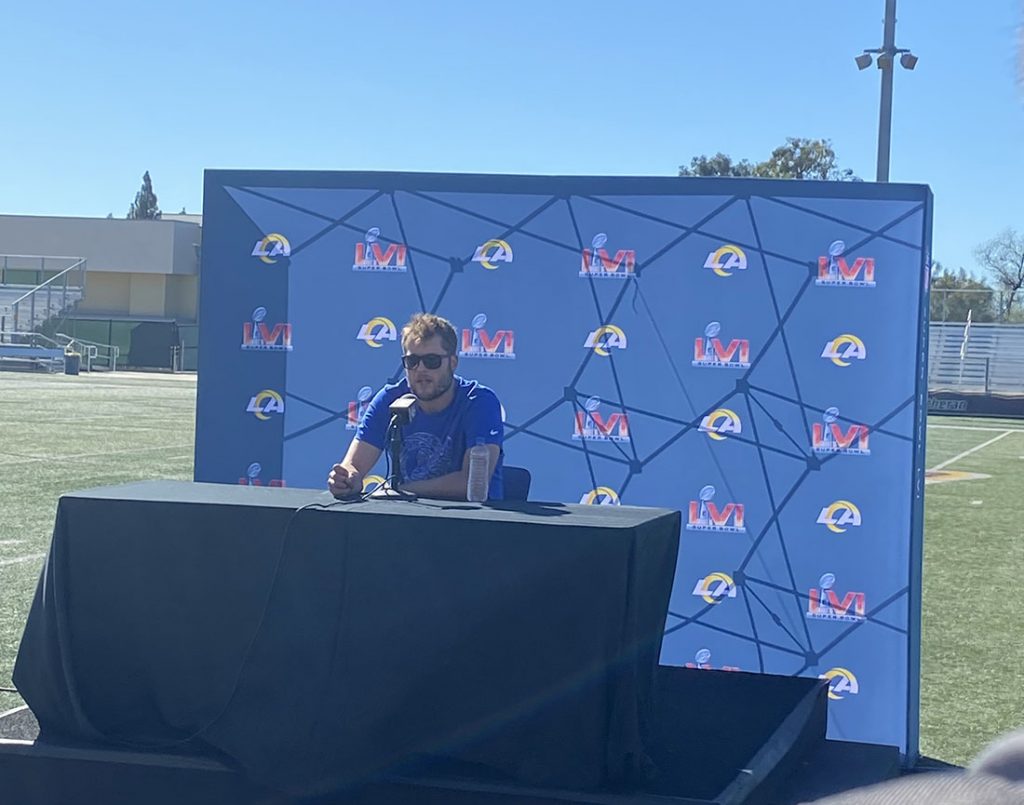 By Jackie Walsh Medill Reports LOS ANGELES — The Cincinnati Bengals and Los Angeles Rams are not the only two teams in the Super Bowl LVI discussion, with the “Detroit Rams” also in the mix. A fictional franchise rooted in Detroit’s connection to Los Angeles Rams quarterback Matthew Stafford, who was selected by the Lions […] 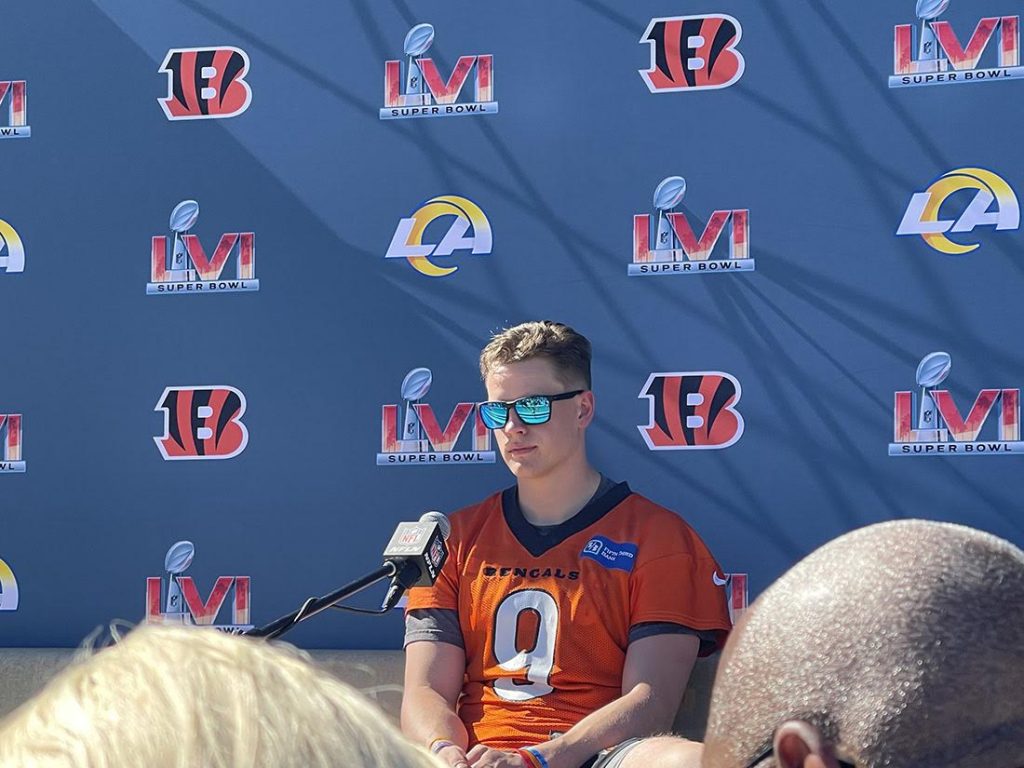 By Lauralys Shallow Medill Reports LOS ANGELES — Joe Burrow sat in the third row of the bleachers at UCLA’s Drake Stadium in his orange practice jersey with his hands clasped between his legs and a microphone in his face at Super Bowl LVI media availability on Friday. His eyes were hidden behind blue polarized […] 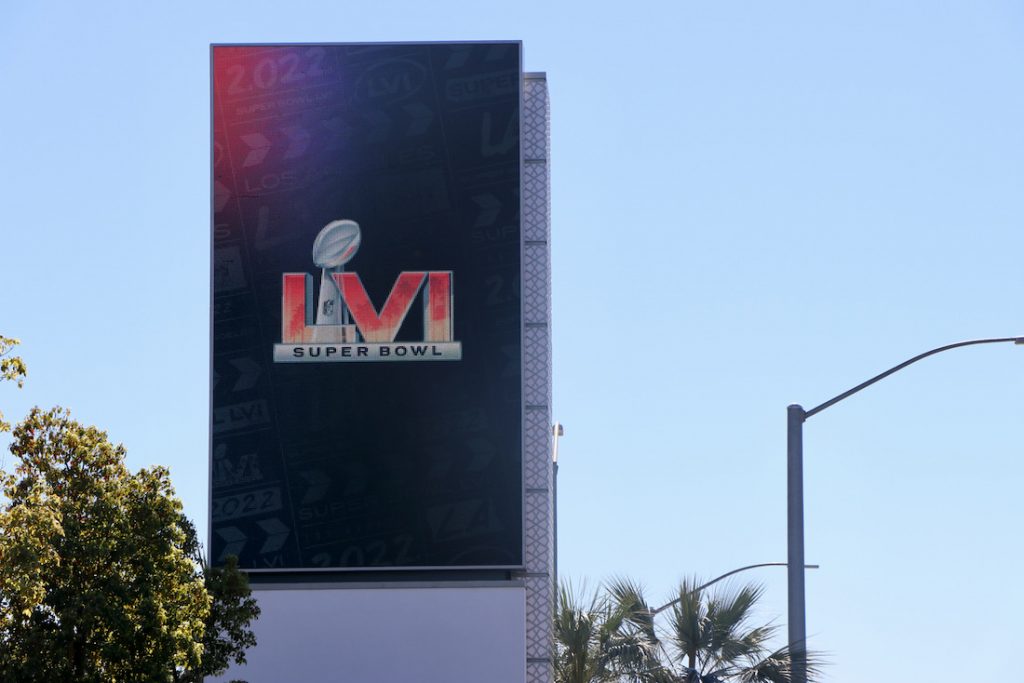 By Alyssa Haduck Medill Reports LOS ANGELES — Super Bowl week brought with it an announcement that the 2022 NFL season would feature the league’s first regular-season game staged in Munich. While this is new territory for the league, it is familiar ground for a player who will be on the sidelines of Super Bowl […]

Los Angeles is on the verge of becoming a Rams town 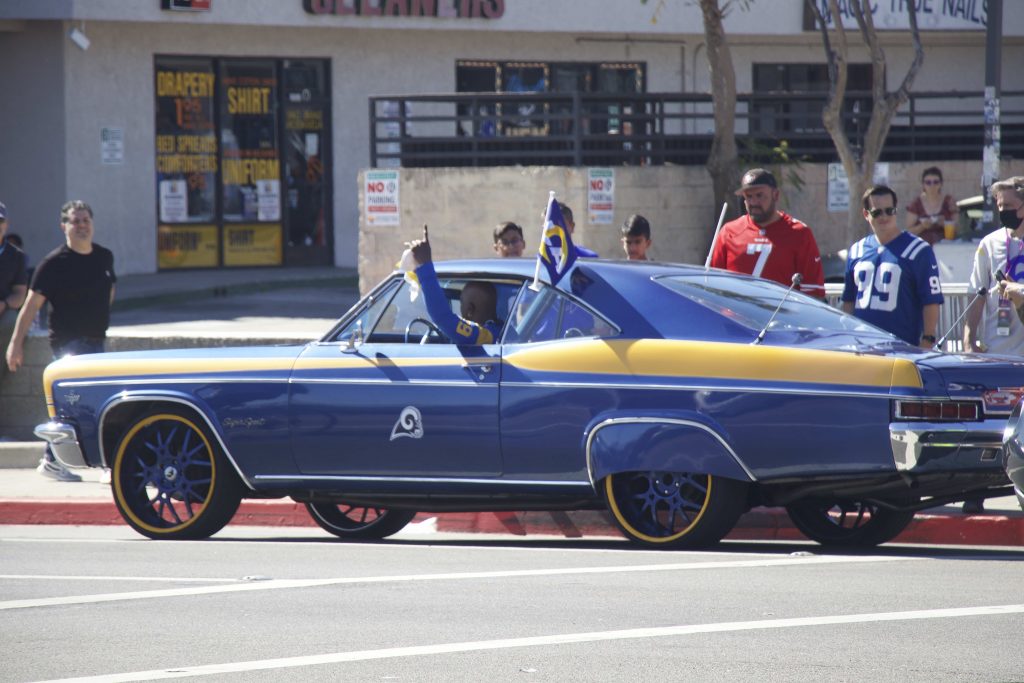 By Matthew Ritchie Medill Reports LOS ANGELES — The NFC championship game, during which a sea of San Francisco 49ers red made the Los Angeles Rams feel like visitors in their own stadium, was the culmination of a problem that’s been brewing since the Rams returned to Los Angeles in 2016.  Even as the Rams […] 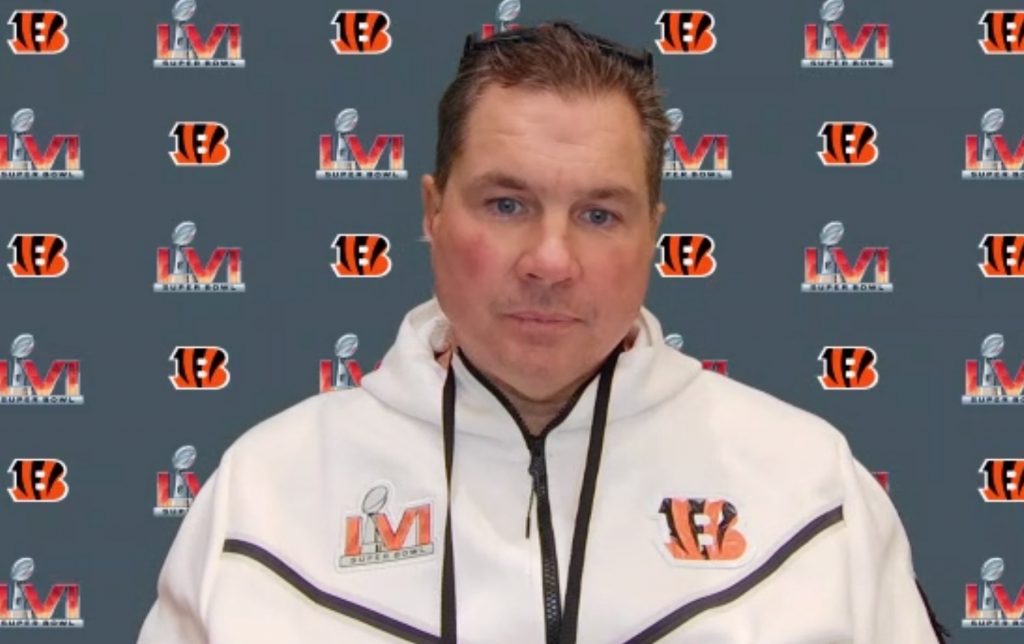 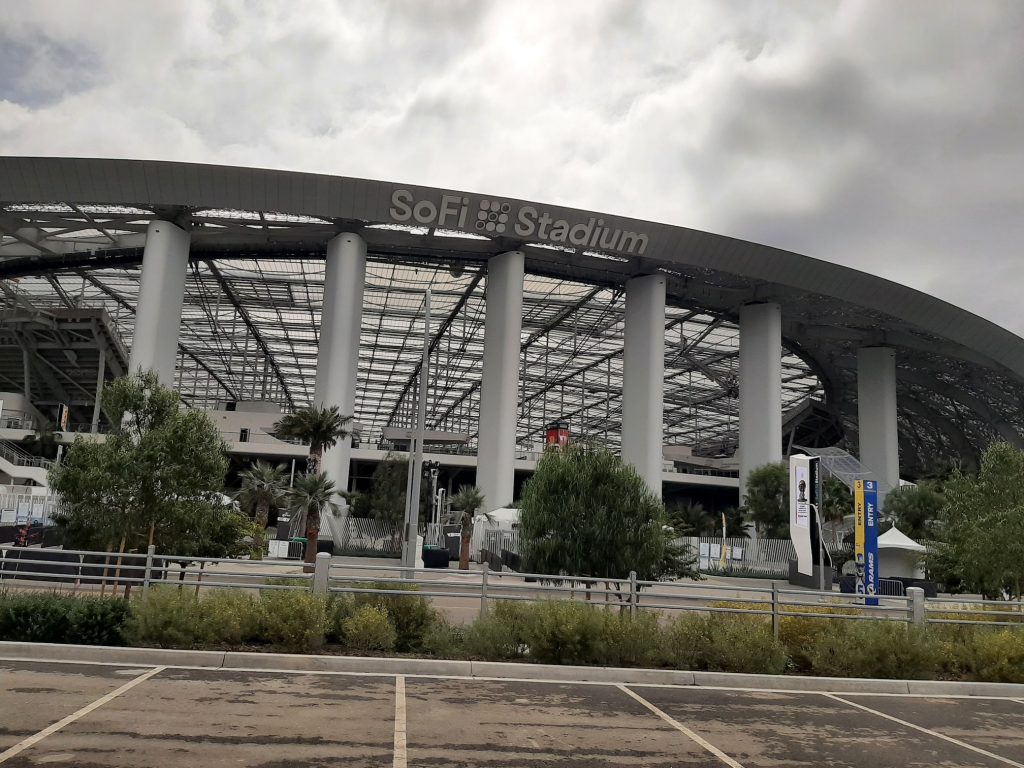 By Alex Hutton Medill Reports LOS ANGELES — The Super Bowl is unique among major American sporting events in that it is played at a neutral site. On Sunday, that will be true only on a technicality. For 54 consecutive years, the Super Bowl was never played at the stadium of one of the competitors. […] 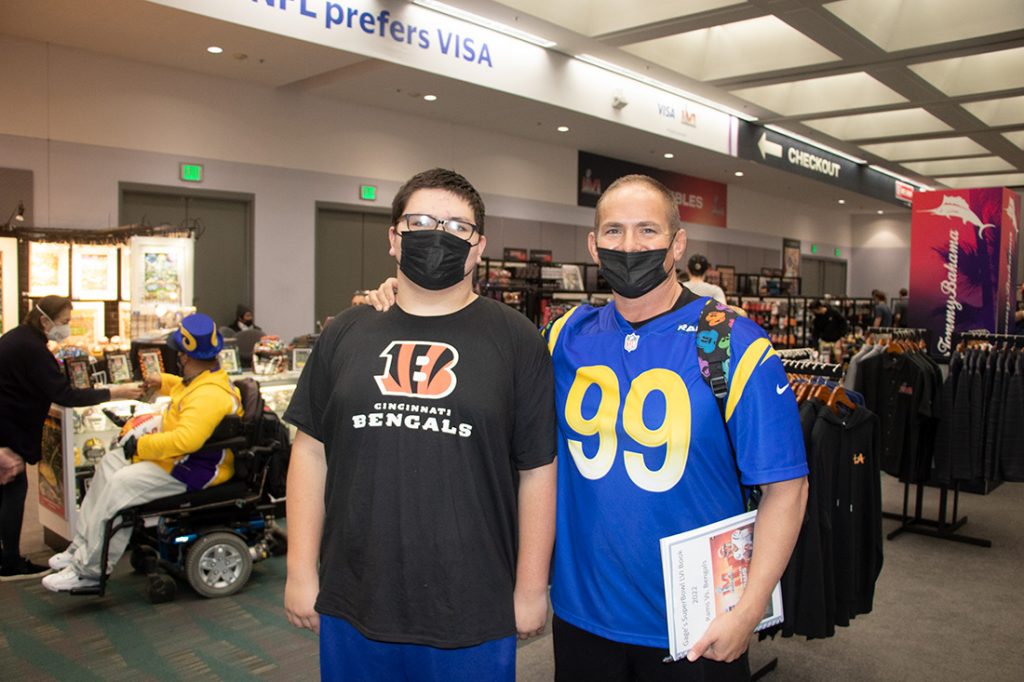 By Colin Salao Medill Reports LOS ANGELES — On Saturday night, less than 24 hours before Super LVI, the entry price for tickets to the game at SoFi Stadium was $3,054 according to ticket reseller site SeatGeek. In a city where the median monthly household income is a little over $5,500, the lofty price tag […]