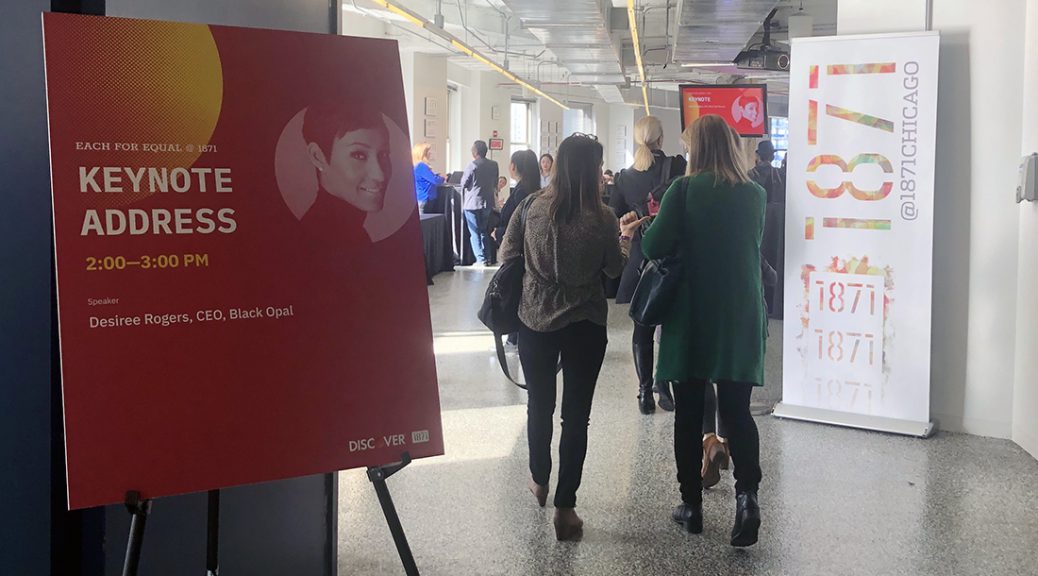 “Fund, found and scale tech companies,” Zeigler said to the crowd of roughly 200 women, many of whom were female startup.

According to research company Startup Genome, over a quarter of Chicago’s startups are female founded, more than twice Silicon Valley’s rate of 11%. However, women entrepreneurs here face many of the same funding and company growth challenges that exist all over the world.

Under the International Women’s Day theme, “Each for Equal,” the conference promoted equality in tech and entrepreneurship through a series of workshops providing advice and information about women’s business and professional issues.

END_OF_DOCUMENT_TOKEN_TO_BE_REPLACED 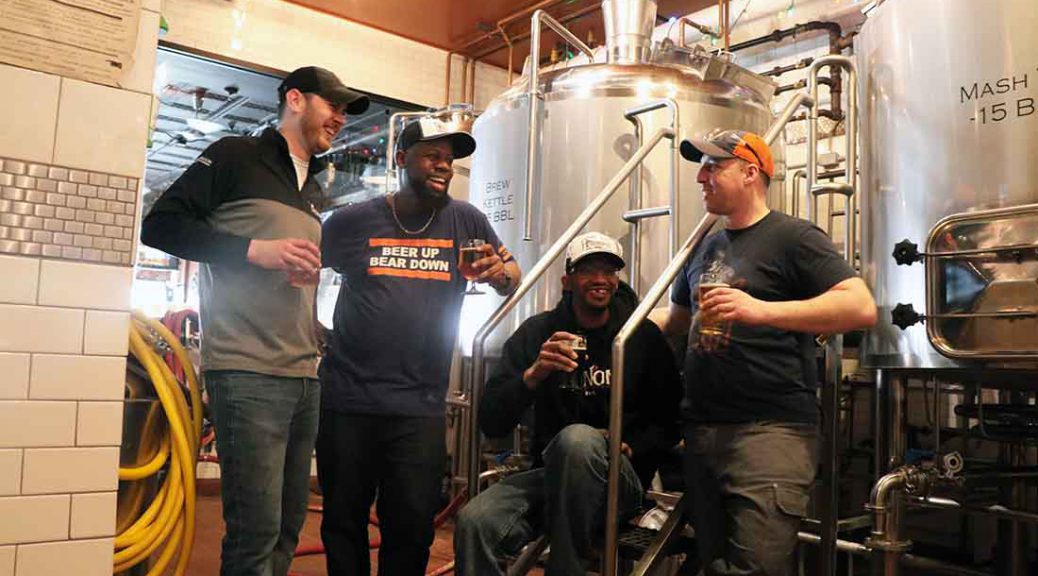 A love letter to Chicago from two of its native sons — the soon-to-be-released Harold’s ’83 Honey Ale from Haymarket Brewing hopes to spark an important conversation about a thriving industry severely lacking in diversity.

Two independent brewers, Jay Westbrook and Samuel Ross III, are the brains behind the brew which Ross characterizes as “unapologetically Chicago and unapologetically black.”

The name is a nod to the election of Chicago’s first African American mayor, Harold Washington, in 1983 and a wink to another beloved Chicago institution.

The well-rounded honey ale goes down easy with a subtle sweetness throughout and smooth finish. END_OF_DOCUMENT_TOKEN_TO_BE_REPLACED 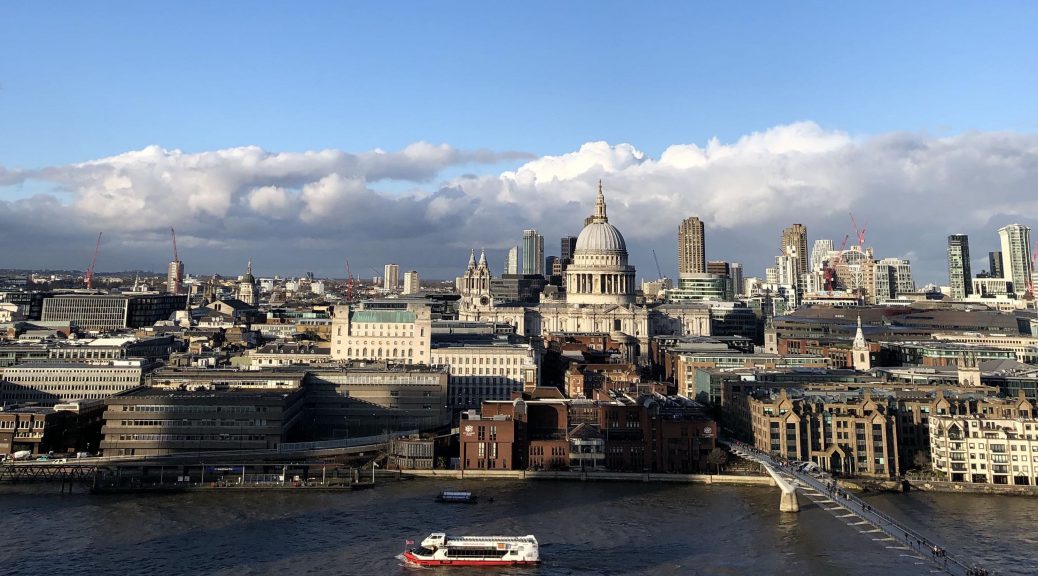 Well before the word “Brexit” went from idea to reality, some of the world’s biggest banks began to loosen their ties with London, once one of the unquestioned leaders in finance. But now that Brexit is a reality, will the city of Shakespeare, Big Ben and, yes, global finance, also lose its coveted status in Europe?

Brexit, the messy divorce between the United Kingdom and the European Union, has cast a shadow of uncertainty on pretty much every industry since the 2016 referendum. Financial services is no exception, and many banks operating in London moved sections of their business elsewhere to mitigate risk — even before the UK formally began its uncoupling from the EU in January 2020.

As of January 2019, these shifts accounted for at least 800 million pounds in assets, or about 10% of the United Kingdom’s total banking sector assets, according to a report by Ernst & Young. The firm said this was a “conservative estimate” based on already announced plans; some banks have not yet revealed what they are going to do.

The Global Financial Centres Index, a semi-annual report compiled by think tanks in China and the United Kingdom, lists New York as the most competitive global financial center. London came in second, with Zurich, Frankfurt, Paris and Dublin each rising in the rankings because of Brexit, according to the September 2019 report.

New York extended its lead over London from the previous rankings cycle some six months earlier, and other European cities like Paris and Luxembourg made large gains. Analysts from the study warn that if Paris were to make similar gains and London were to make similar declines, the City of Light could eventually overtake the British capital.

For many years leading up to Brexit, large banks like Credit Suisse and JPMorgan Chase had set up offices in London to be able to conduct business in other EU countries relatively easily.

That’s because of something called passporting, which allows firms authorized in one EU country to operate freely in another EU country. Until Brexit, a bank with a passporting stamp in London was able to conduct business in, say, Athens or Lisbon without much additional work, said Phil Levy, chief economist for freight forwarder company Flexport.

“Financial services are huge for the UK, and the City of London, it’s what they do” Levy said. “This financial passporting idea meant [banks] could go set up offices in the City of London and serve all of the European Union very easily. You didn’t need to have headquarters also in Frankfurt, or in Paris, or in Dublin.”

END_OF_DOCUMENT_TOKEN_TO_BE_REPLACED 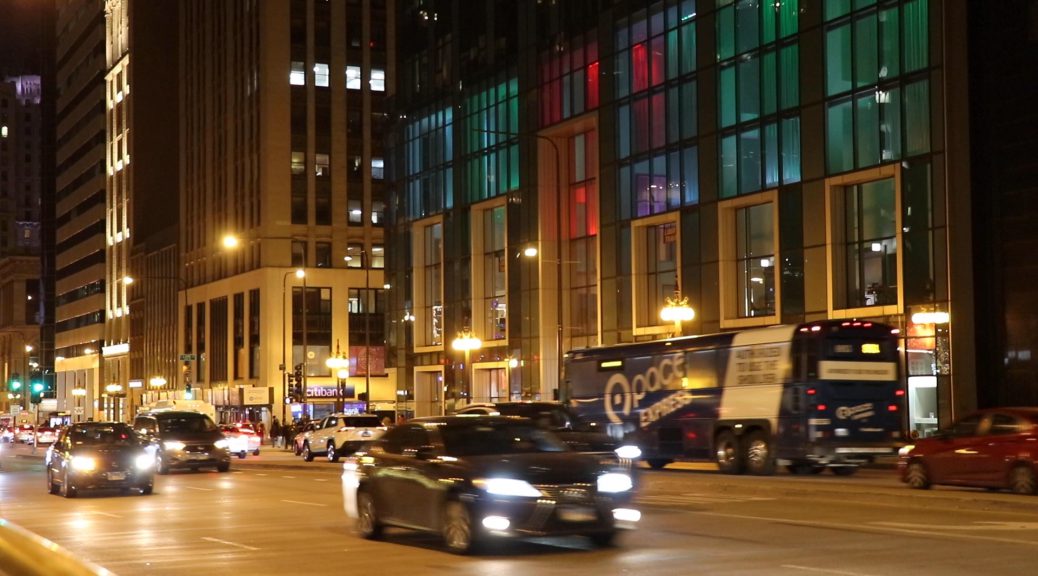 Ride-hailing companies such as Uber and Lyft provide their customers with an estimated cost of a journey before they order the ride. But their drivers only see an estimated duration, leaving them in the dark about how much they will make.

In Chicago, the median wage for a ride-hail driver per trip is $10.78, according to Gridwise, the developer of a ride-hail advice app. This is after the ride-hail company has taken its cut but before drivers’ expenses, which makes their earnings even lower.

Drivers said their take changes day by day depending on passenger availability, journey distance and hours worked as well as the cost of expenses, which can include insurance, cleaning, tax and car maintenance. They find it almost impossible to make a stable living.

Marcy, a full-time ride-hail driver in Chicago, said she was “really pleased” with her post-expense income from Lyft in 2017 and 2018. But then “everything changed drastically” when the company went public in 2019.

“The amount of money I could make on Lyft changed; it did a complete 180. They kept lowering the rate. They took away a bunch of bonuses and challenges,” Marcy said.

END_OF_DOCUMENT_TOKEN_TO_BE_REPLACED 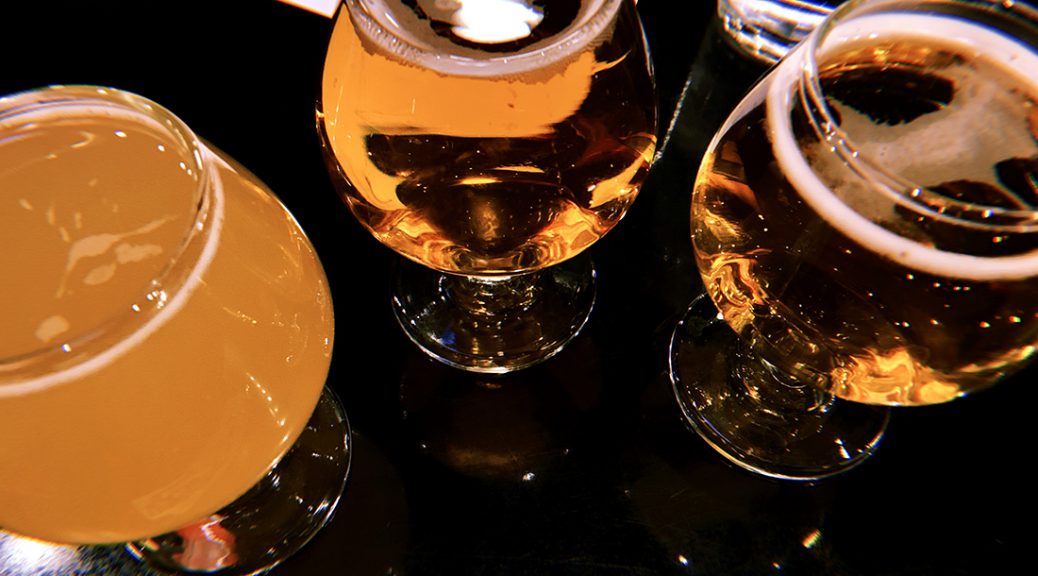 Chicago might be known for harsh winters, hot dogs, sports teams and deep dish pizza. But the city is becoming a hot spot for craft breweries as well.

A 2018 study from the Brewers Association found that the Chicago area led the nation in the number of breweries with 167 and counting, an honor owing to the proliferation of craft breweries across the metro area. 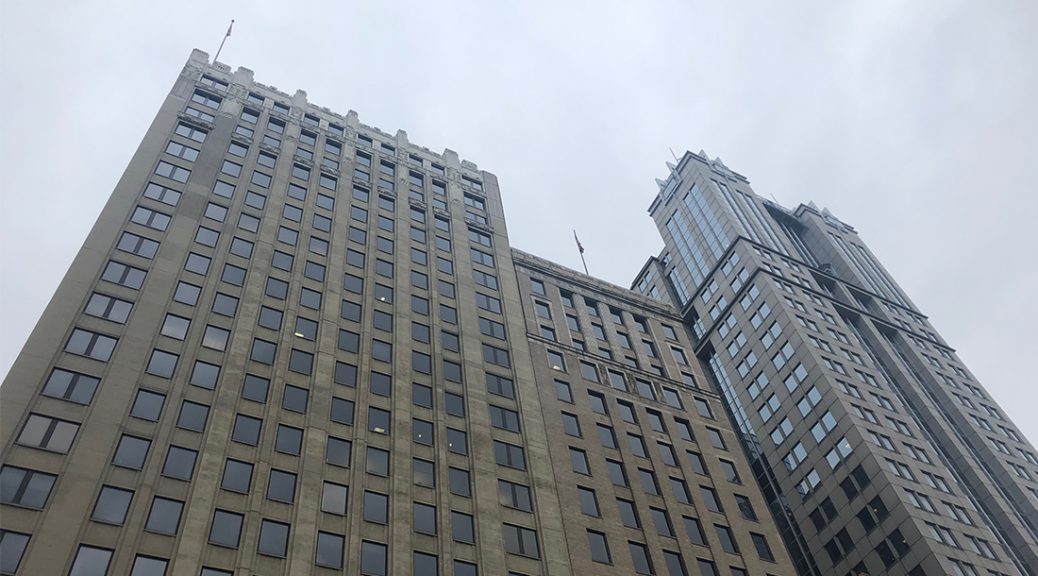 Anthony Zammit, a 17-year industry veteran and the CEO of Lofty Real Estate, said that the slow market might be a sign of over-inflated real estate prices, especially given that half of Illinois residents want to leave the state, according to a 2014 Gallup poll. END_OF_DOCUMENT_TOKEN_TO_BE_REPLACED 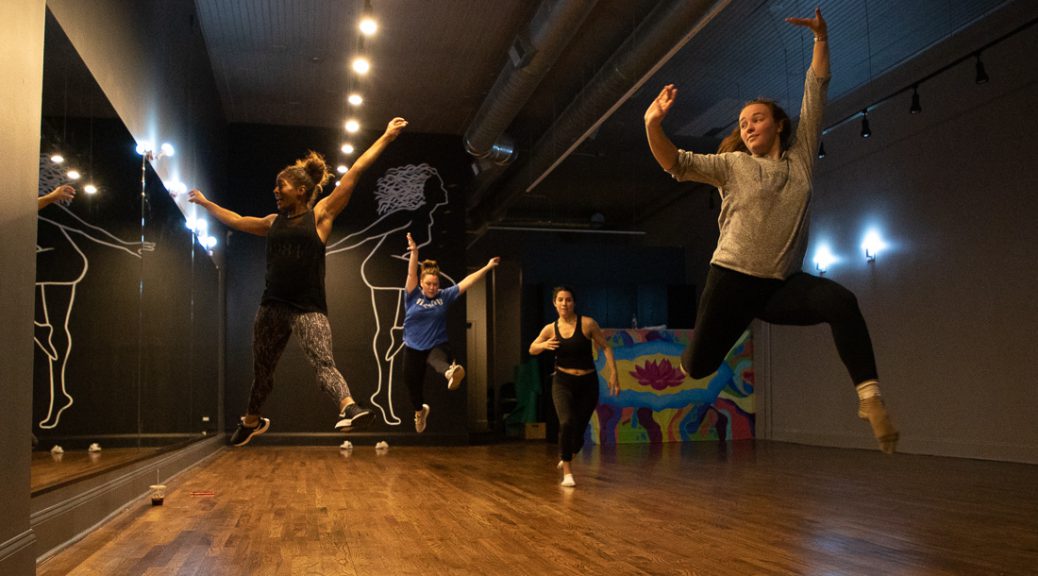 For some, it’s pure expression and, for others, it’s simply a way to stay active. Now that dance has become a popular mode of exercise, studios across the Chicago area encourage participants to leave class feeling proud of themselves.

While all studios want their patrons to leave feeling happy and energized, each instructor hopes to make an impact on their students’ lives. Here is a sampling of the studios that  inspire students daily.

END_OF_DOCUMENT_TOKEN_TO_BE_REPLACED 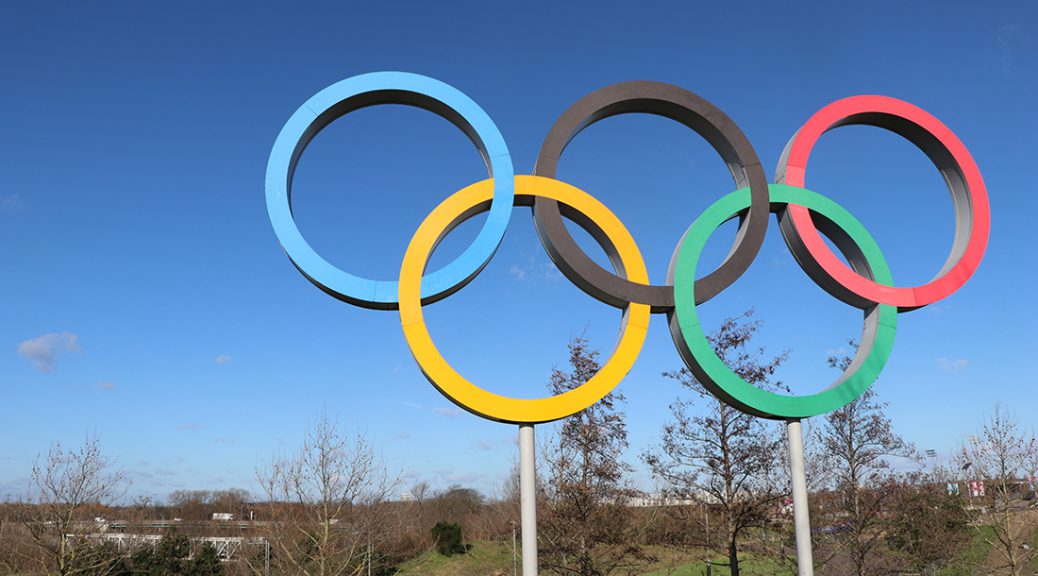 With COVID-19 continuing to spread across the world, the legacy of the 2020 Tokyo Summer Olympics could be the first canceled games due to a pandemic rather than war. If that happens, many wonder whether the estimated $29 billion price tag will have been worth it.

But looking at past successful games shows that economics may not be the only way to measure the success of hosting the Olympics. Eight years after London’s 2012 Summer Olympic Games, for example, the city still reaps benefits from a complete transformation of a formerly blighted neighborhood.

“You can look to a qualitative or quantitative legacy. Quantitative, you can capture all that. Job creation, money generated,” said Charles Runcie, a former sports journalist with the BBC. “Then, you must count the qualitative stuff, the feel-good factor. Are more events coming here? Has the city benefited overall?”

END_OF_DOCUMENT_TOKEN_TO_BE_REPLACED 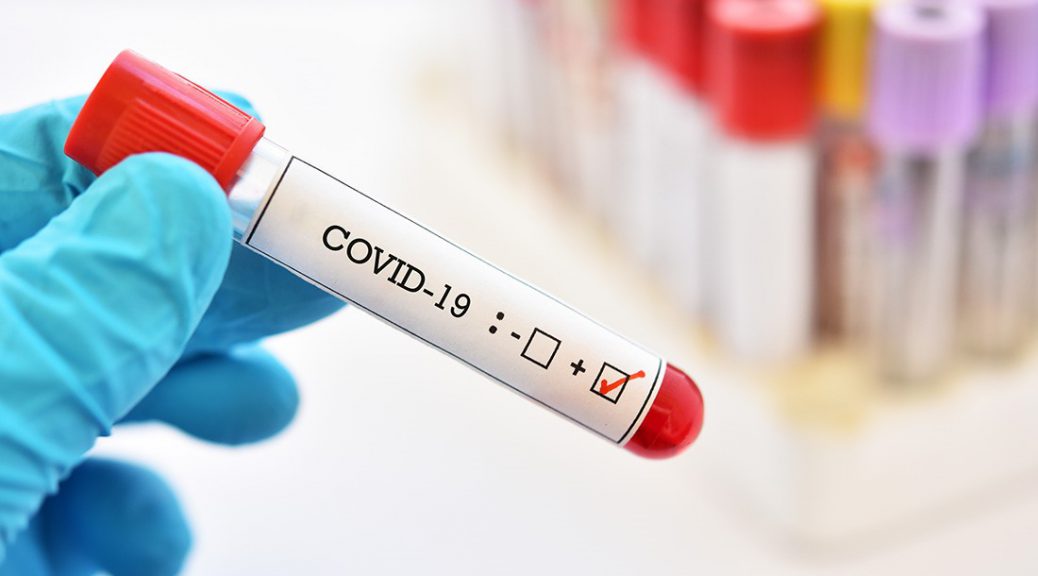 After President Trump declared a national emergency Friday due to the COVID-19 pandemic, representatives of Roche Diagnostics, Quest Diagnostics, LabCorp, Walmart, Target, Walgreens, CVS, and some other private sector companies stood together behind the president, and each addressed their decisions of confronting the coronavirus collaboratively.

“Normally you view us as competitors, but today we’re focused on a common competitor, and that’s defeating the spread of coronavirus,” said Brian Cornell, CEO of Target Corp., during the press conference held by the President. “We look forward to work with the administration to do our fair share to alleviate this growing threat.”

FDA also sped up its approval process for tests developed by commercial labs. Roche Diagnostics, a Swiss-based multinational healthcare company, was the first beneficiary, as the test method they developed was approved within only “a few hours” after they submitted their application. Dr. Deborah L. Birx, U.S. Special Representative for Global Health Diplomacy, said that this expedited process sets a “record time.” END_OF_DOCUMENT_TOKEN_TO_BE_REPLACED 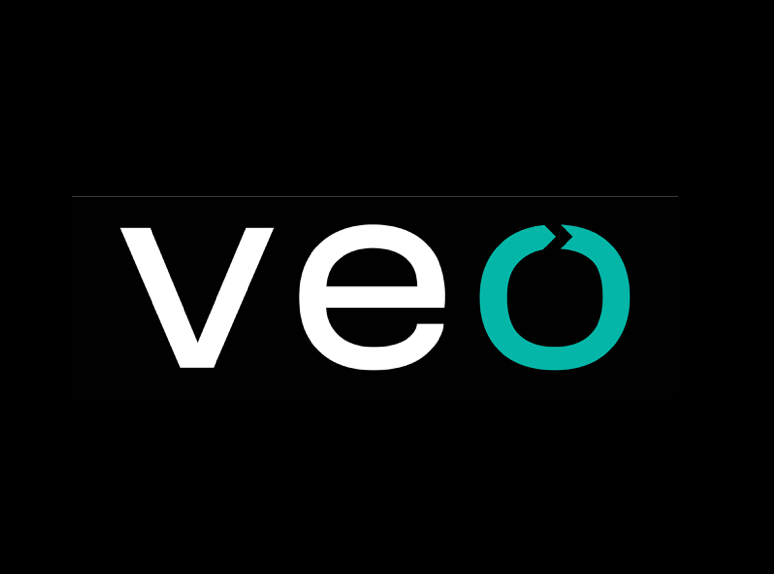 In the summer of 2019, Chicago ran an electric scooter pilot program that examined whether scooters could be a viable alternative mode of transport for city residents. Out of the 10 companies that participated, only one was from Chicago.

The three-year-old electric scooter company, Veo, serves over 50 cities with electric scooters and bikes, which don’t require charging stations. This enables communities to implement Veo’s solutions for free. The company instead makes money through charging rental and membership fees.

This summer, Chicago plans to run a second e-scooter pilot program to implement lessons learned from the first pilot and test new features from e-scooter companies. Veo’s chief executive, Candice Xie, shared her thoughts on the pilot programs, scooter safety and the future of transportation.

Why did you choose to build out an e-scooter company in Chicago over somewhere like New York or San Francisco?

I studied at Purdue University, which is in Indiana, and since the Midwest has been my base for the past several years, we felt pretty confident and comfortable starting within Chicago. The talent pool in Chicago is pretty good and since we implement solutions around the country, it doesn’t matter too much where our headquarters is.