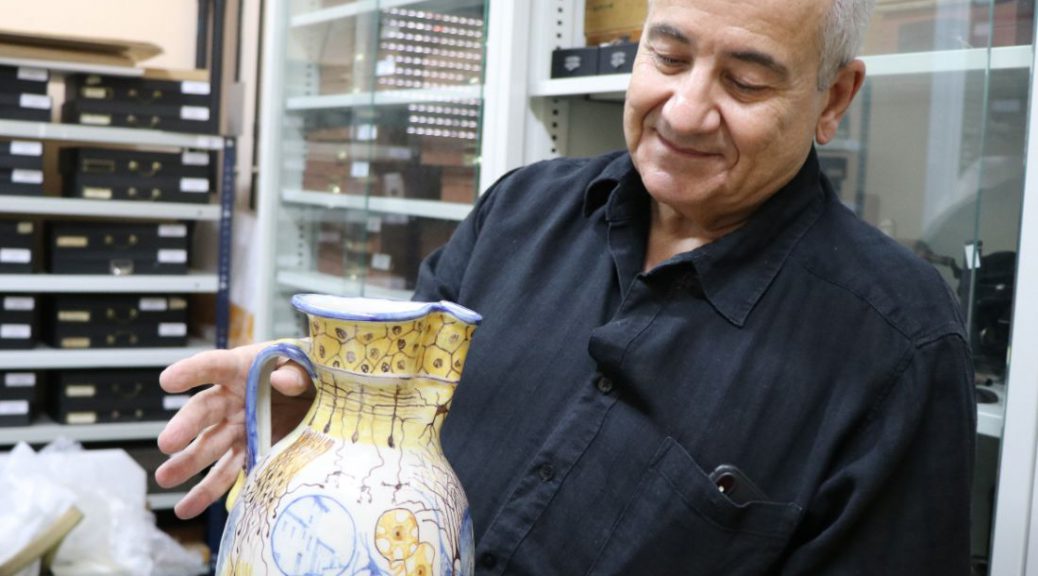 Art and science may seem like complete opposites to some. But for Santiago Ramón y Cajal, the father of modern neuroscience, blending the two led him to groundbreaking discoveries about the human mind. Growing up in the late half of the 19th century, Cajal dreamed of becoming an artist, but his father encouraged him to pursue medicine instead.

As a neuroscientist, Cajal found a way to blend his talents by drawing detailed diagrams of the brain as he observed it through a microscope. “Cajal represents a good example of the bridge between science and artistic inspiration that existed in an earlier age,” said Javier DeFelipe, a researcher at Cajal’s namesake research institute in Madrid.

Novel at the time, scientists still use Cajal’s drawings and techniques in research today. He won the Nobel Prize in 1906 for his pioneering work.

The Cajal Institute is not only the largest neuroscience research center in Spain—it is also home to a robust collection of Cajal’s drawings, equipment and other artifacts. Neuroscientists at the Cajal Institute find in them a constant source of inspiration.

“We take care of the Cajal legacy, always,” said Juan de Carlos, a Cajal Institute researcher who’s overseen the preservation of this collection for 10 years. A tour of the Cajal legacy is a mix of science and art, as were Cajal’s mind and career.

Photo at top: De Carlos shows off a ceramic jug that’s part of the Cajal legacy collection. The jug is decorated in a classic Spanish style, but the untraditional pattern of brain cells adorning its outside is perfectly emblematic of Cajal’s blend of science and art. “I love this one,” de Carlos says. “It’s amazing.” (Valerie Nikolas/MEDILL)