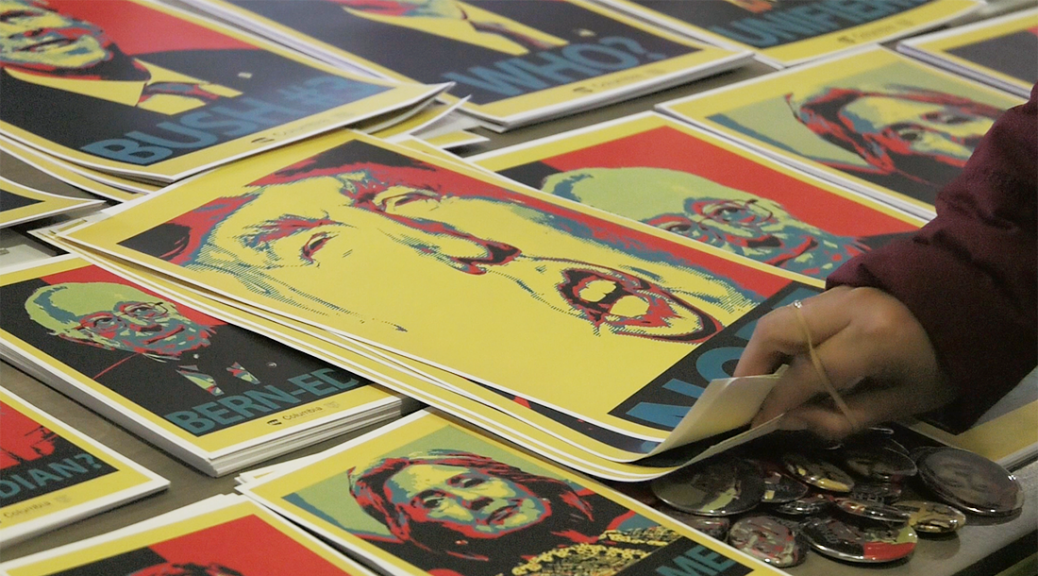 The Art + Activism student group provided potential young voters with detailed voting information and tries to persuade people to register to vote. To capture their peers’ attention, organizers gave out 10 posters that mimic the style of artist Shepard Fairey’s iconic Barack Obama poster, according to Lane Hedler, president of the organization.

“This year’s election is kind of theatrical and the candidates are kind of wild and have their own personalities. We want to utilize that to spark this conversation among young people about the election,” said Emily Gallaugher, member of the project.


Photo at top: Posters of Bernie Sanders, whom most students are likely to support, according to Hedler, and Donald Trump are most popular among students. (Sophie Zhang/MEDILL)