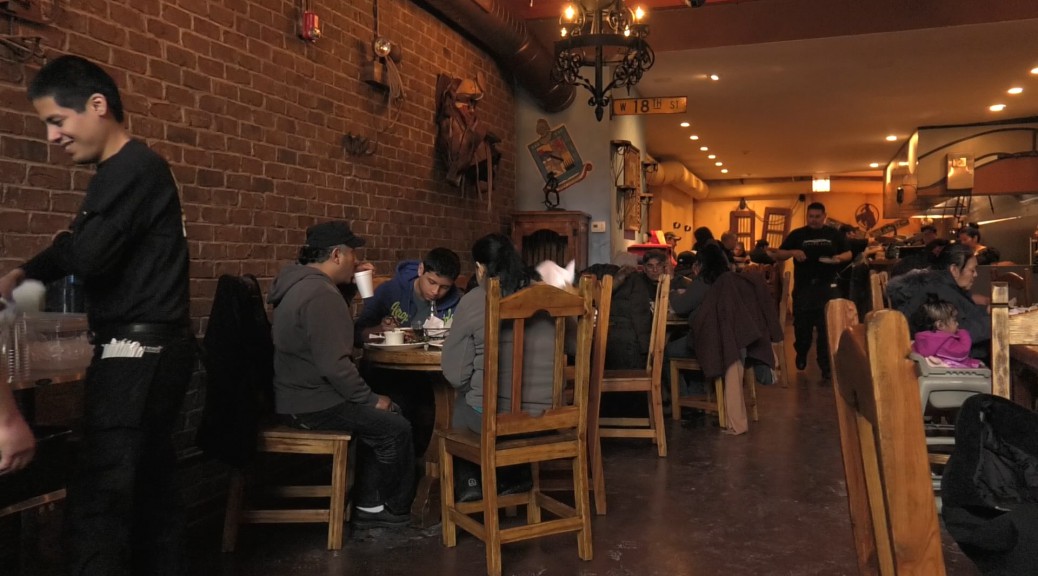 The Pilsen neighborhood on Chicago’s Lower West Side has long had a strong Mexican and Latino influence.

“I think it’s been happening for some time,” said Mexican Museum curator William Guillermo Luna. “Pilsen used to be the entry point for Mexican immigrants.”

According to the 2010 U.S. Census Bureau 28.9 percent of the population in Chicago is Hispanic or Latino. But development and gentrification are changing the landscape of the one of the city’s most prominent Latino neighborhoods.

Development has brought new businesses to Pilsen. In the process, some businesses left the area, but there where many who didn’t let the changes push them out.

Restaurateur Danny Gutierrez Jr. is one of them. His family is from Pilsen and his children attend school there. He never thought about leaving his community because, he says, it’s always been home.

“Small businesses like ourselves stand their ground and stay here and make it happen,” said Gutierrez, who recently opened Cantón Regio with his father after fire destroyed their previous restaurant, Nuevo Leon.

“These small businesses are what makes Pilsen unique,” he said. “Having us leave and having these corporate businesses come in I think just changes everything all around.”