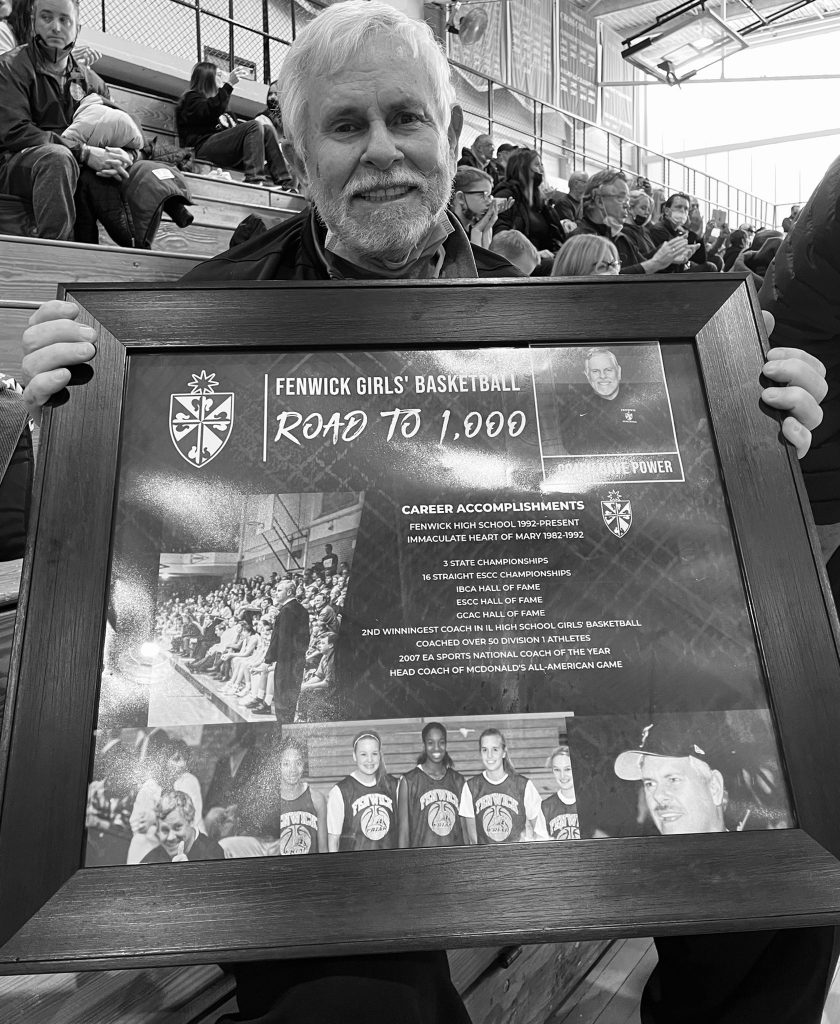 By Alyssa Muir Medill Reports Fenwick High School girls basketball coach David Power watched the seconds tick off the clock during his team’s season-ending loss to Nazareth Academy on Feb. 28. But unlike every other year, this wasn’t just a close to a season but to Power’s legendary 45-year career. Power, who spent 29 of […] 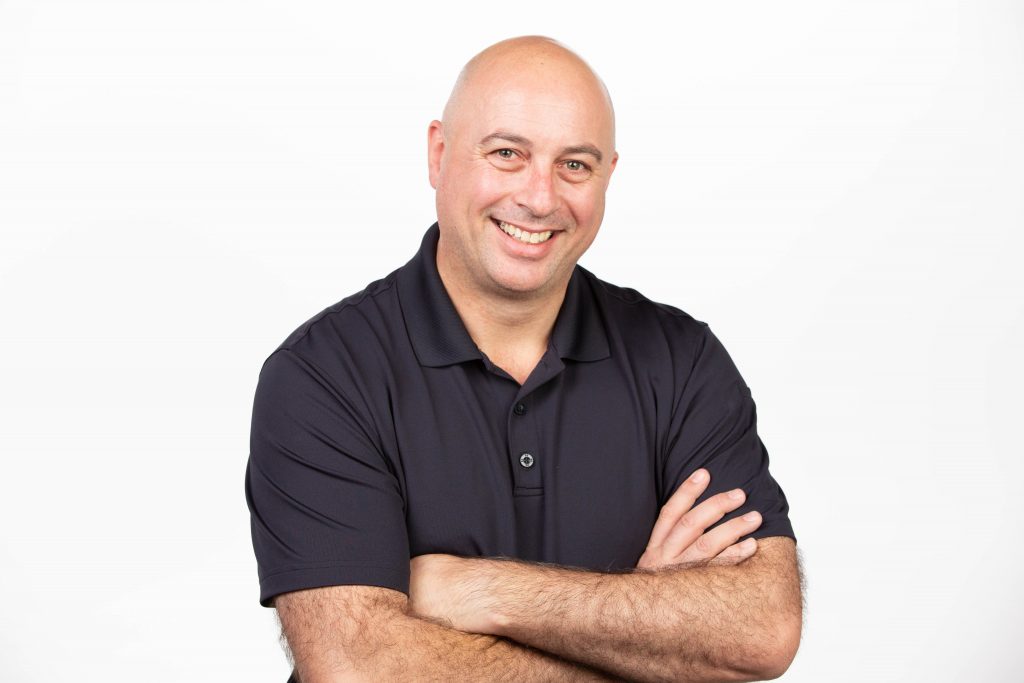 By Alyssa Muir Medill Reports Kinesiologist John Coumbe-Lilley spent years observing the care, or lack thereof, that athletes who had experienced severe sports injuries were receiving during their rehabilitation process. Surprised by the results he saw, Coumbe-Lilley decided to conduct an official research study to “see if he could prove (himself) wrong.” His research since […] 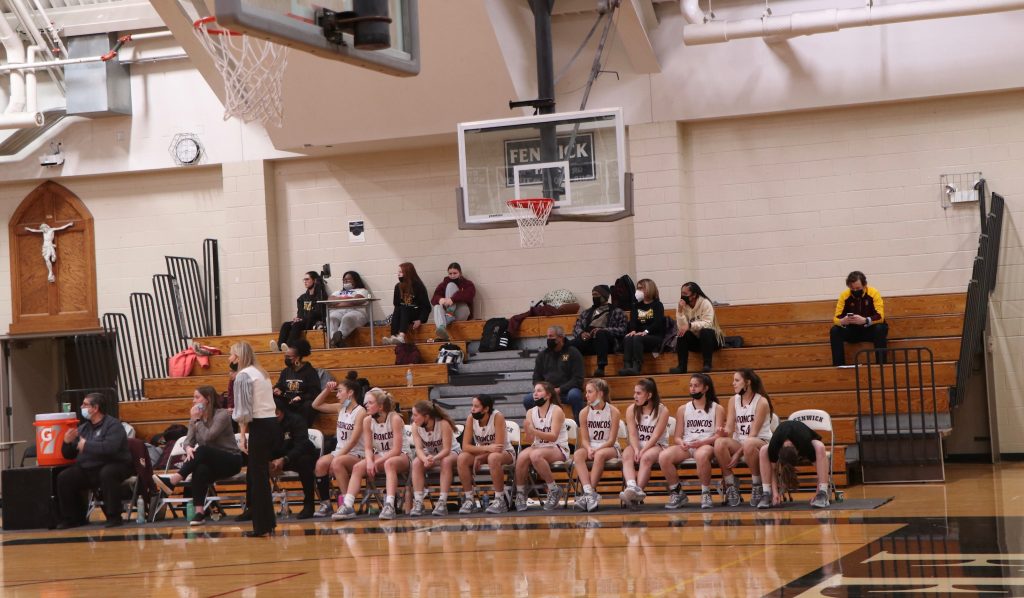 Phoenix Open is a place for new, old memories for veteran attendees 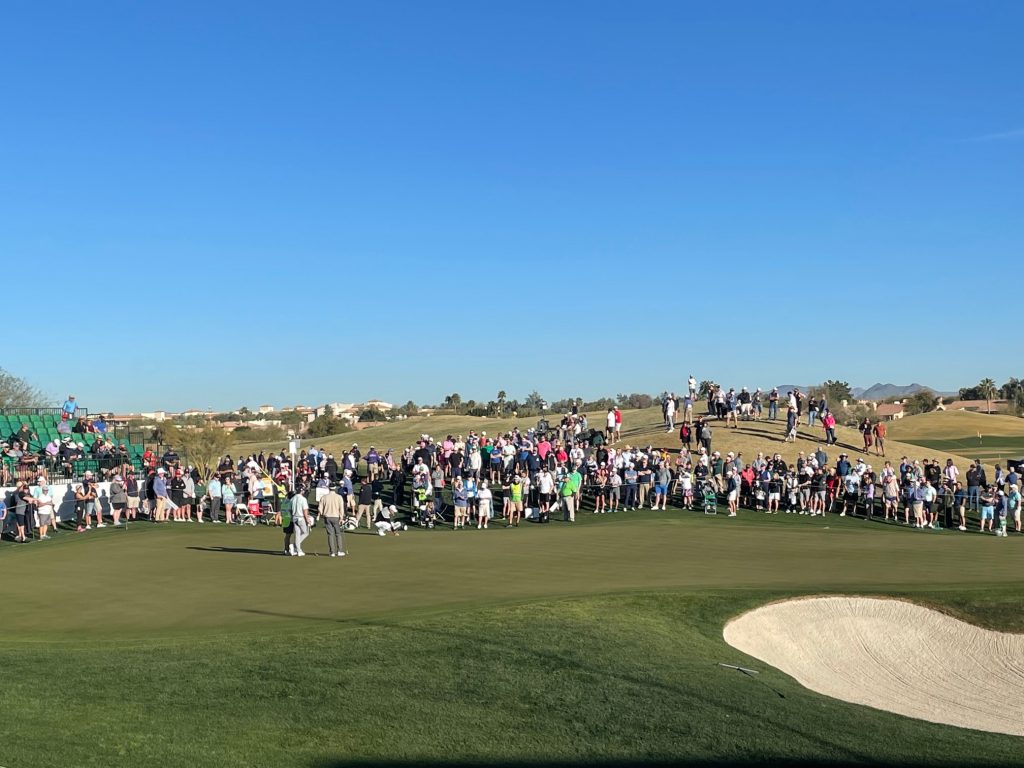 By Alyssa Muir Medill Reports SCOTSDALDE, Ariz. — Bob Beier remembers attending the Waste Management Phoenix Open when it was held at the Phoenix Country Club rather than TPC Scottsdale. He fondly recalls watching Johnny Miller win the tournament in 1974 and 1975. He was in attendance before the bleachers and the skybox were put […] 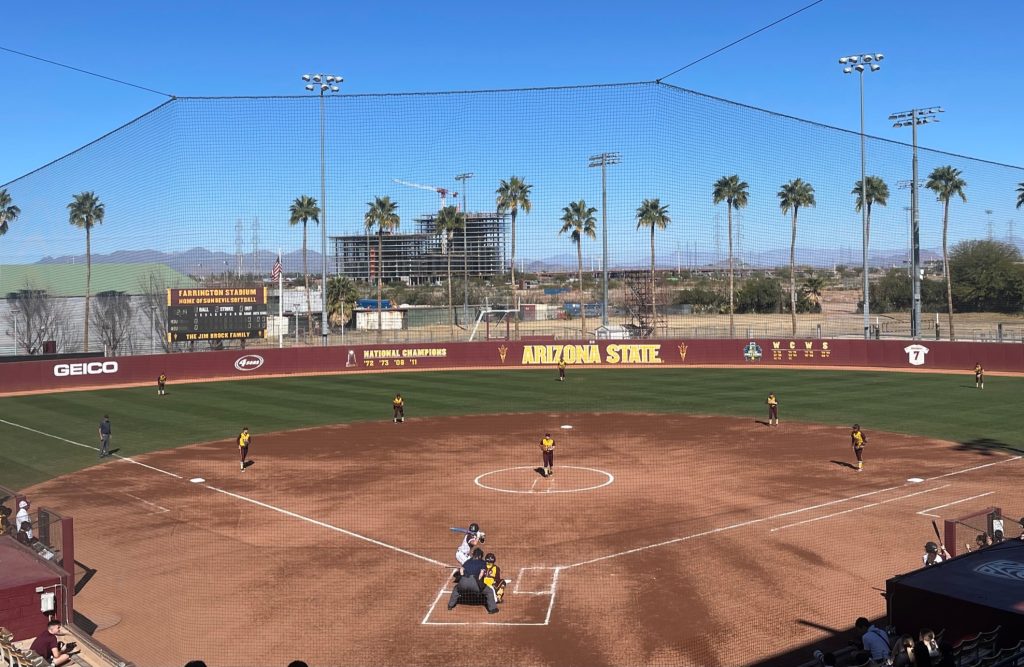 By Alyssa Muir Medill Reports TEMPE, Ariz. — Junior shortstop Alynah Torres hit a conventional single to left field in the bottom of the first inning of the Arizona State Sun Devils’ matchup against the Missouri State Bears on Sunday afternoon. The seemingly ordinary play, however, became the sole offensive bright spot of the day […]

By Alyssa Muir Medill Reports TEMPE, Ariz. — It was just the opening possession, but when Jade Loville caught a kick-out pass from Mael Gilles and promptly drained a 3-pointer from the top of the key, it signaled more to come from Arizona State’s senior guard in the Sun Devils’ 81-77 upset win over the […]

Meet some of the Chicago Catholic League’s top unsigned seniors 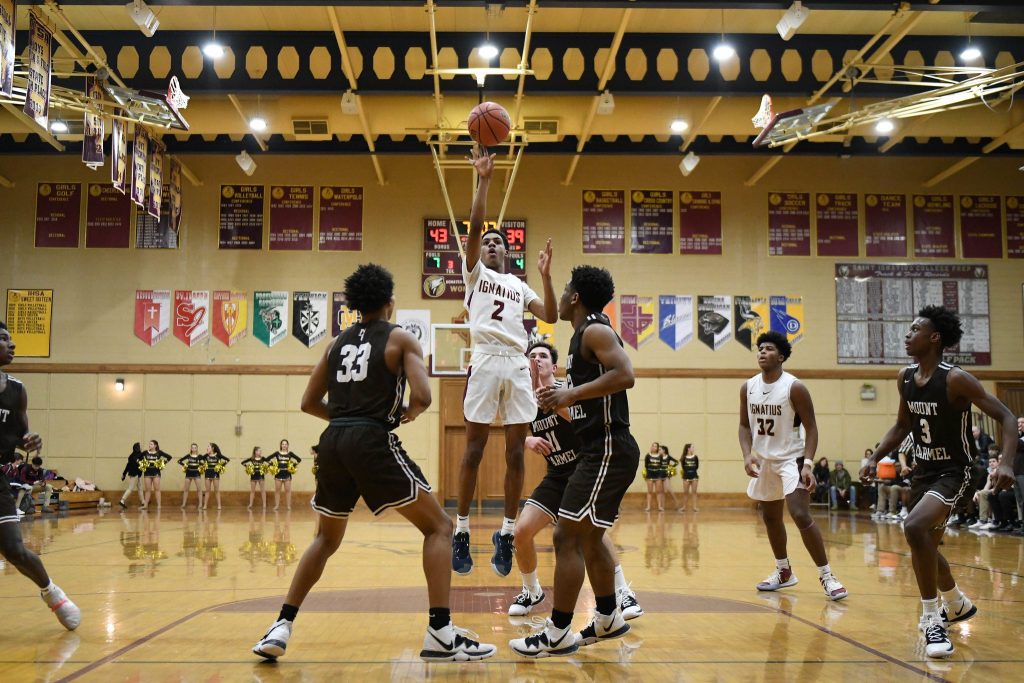 By Alyssa Muir Medill Reports AJ Redd, who is expected to finish his career as St. Ignatius’ all-time leader in games played, is one of the Chicago Catholic League’s talented seniors, several of whom have not yet decided where they will be playing at the next level. These athletes all play significant roles on teams […] 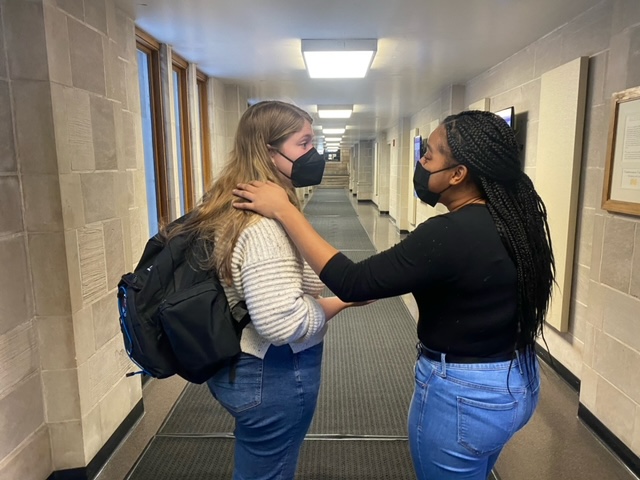 By Alyssa Muir Medill Reports Northwestern University’s Pritzker School of Law thoroughly highlighted the university’s various mental health services during orientation week, according to first-year law student Gaby Menashe. “(Northwestern) really emphasized that the services were there for us whenever we needed,” Menashe said. “They basically told us that the law school is one of […] 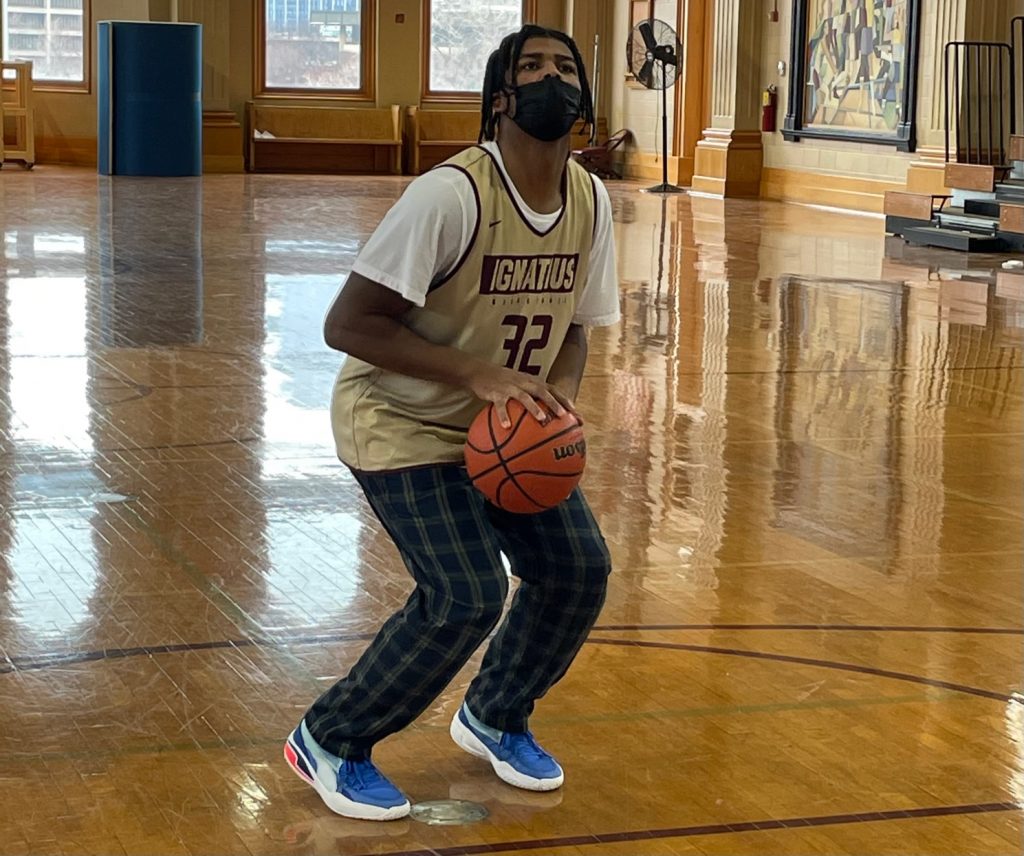 By Alyssa Muir Medill Reports Kolby Gilles entered his first St. Ignatius Wolfpack practice the summer before his freshman year with plenty of excitement. A couple of hours later, he left “confused out of (his) mind.” “I realized pretty quickly that high school basketball was going to be a big step up,” Gilles said. Fast […]