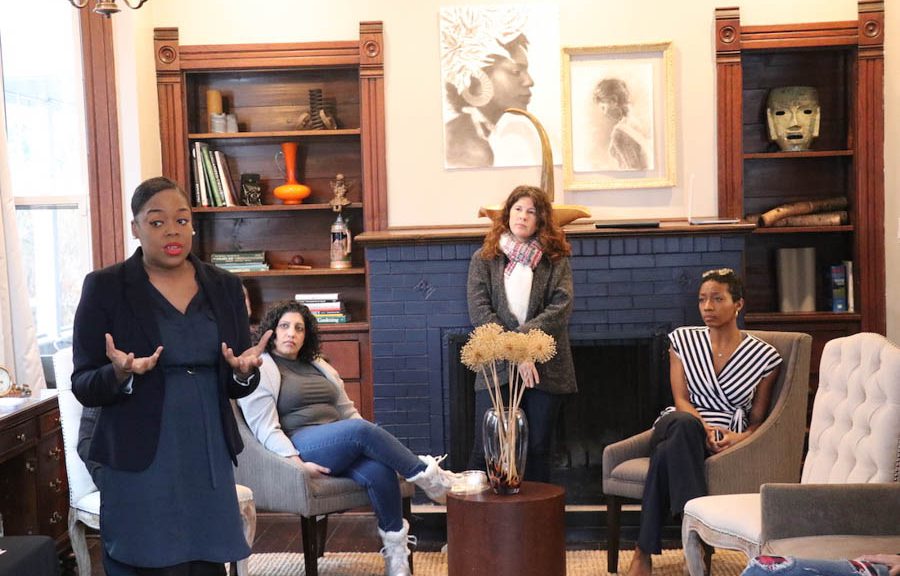 Kina Collins wears a black shirt with white block letters spelling out the names of the four congresswomen known as The Squad. She greets the owner of L!VE Café in Oak Park with a hug before taking a seat at the table in the back corner. “Give credit where credit is due,” she said. “They have carved out their space and done it, and they’ve changed the fabric of American politics.”

At 29, Collins is the youngest black woman to ever run for congress in Illinois. The Austin native is one of three Democratic candidates challenging 12-term Rep. Danny Davis in Illinois’ 7th Congressional District, which stretches from Oak Park and Westchester on the West Side to swaths on the South Side and through downtown Chicago, making it one of the state’s most diverse districts.

Like Squad members Ayanna Pressley and Alexandria Ocasio-Cortez in 2018, Collins is a young woman of color running against a longtime incumbent. And, like Pressley, she is running against a progressive Democrat who votes along similar ideological lines. But in her mind, the climate is right for another woman of color to upset an established career politician.