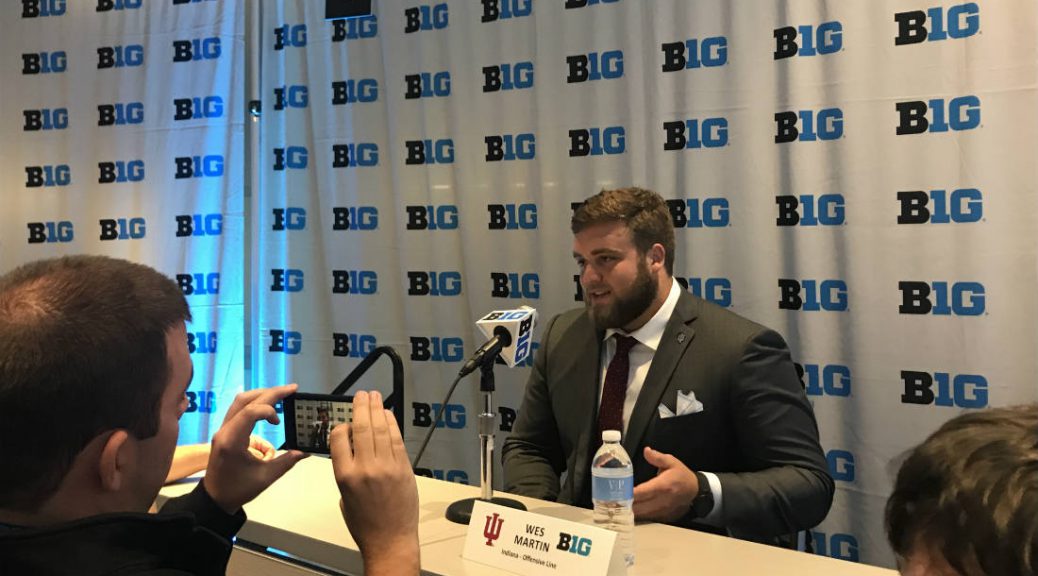 Indiana offensive lineman Wes Martin is so strong, Hoosiers safety Jonathan Crawford doesn’t like to watch him lift. In fact, the redshirt senior is the undisputed strongest player on the team. Even among the many towering athletes at Big Ten Media Days in Chicago, Martin stands out.

Martin’s former head coach at Milton-Union High School in Ohio says the 6-foot-3, 316-pound offensive lineman—known by many as “Big Wes”—is the largest student to ever come through the school. Many children from Martin’s hometown of West Milton look up to him, and he represents them each time he steps on the field at Indiana’s Memorial Stadium.

“Wes will do anything any kid needs,” said Mark Lane, Milton-Union’s athletic director and former head football coach. “You’ll hear young kids who are in our elementary school today still talk about Big Wes. That’s what everybody says here at Milton, ‘Big Wes, Big Wes.’ Some of those little kids might not even know his last name, because all they know him by is Big Wes.”

END_OF_DOCUMENT_TOKEN_TO_BE_REPLACED 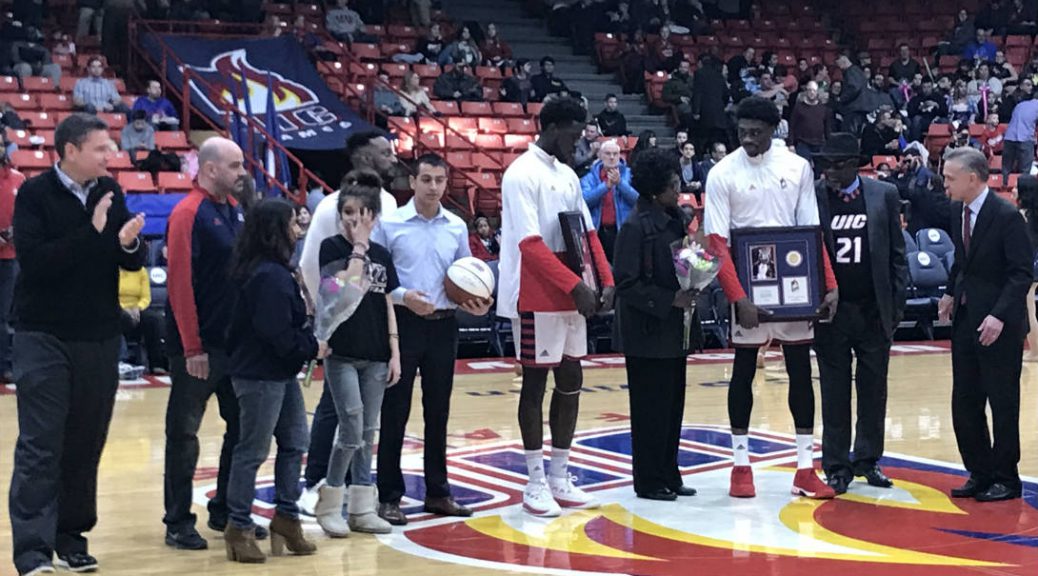 By Chicago standards, it was a beautiful, balmy day for January 10. Classes at UIC had yet to resume after the holidays, but the 6-10 Flames men’s basketball team hosted Horizon League foe Green Bay.

Not surprisingly, fans didn’t pack the 8,000-seat UIC Pavilion. The Flames’ eventual 84-73 win over the Phoenix would be their second in a row, at the front end of what would become a 12-2 record through the next six weeks. But only 1,531 turned out for what seemed then like a relatively meaningless game.

The scene was hardly new for UIC. Having hosted plenty of sparsely attended games, it was a familiar story for a program whose operating expenses surpassed operating revenues by $731,411 in 2017, according to public records obtained by Medill Reports.

The athletic department has reasons to hope for a turnaround.

END_OF_DOCUMENT_TOKEN_TO_BE_REPLACED

As schools nationwide face questions about their security measures, one Chicago public high school might be a model.

Walter Payton College Prep, a magnet school on the city’s north side, has hundreds of students come in and out of its doors every day. Despite the school’s well-kept exterior, Payton’s extensive security measures are the first thing to jump out.

Anyone entering the building must be buzzed in by security; the doors are locked. Just inside the entrance sits the security desk and a metal detector, where Head of Security Judith Watkins monitors the entrance and cameras across the school. Students must scan ID cards at the desk to enter; the desk computer shows their photos and where they’re supposed to be. Officers roam the halls and outside the building at all times.

Although security officers don’t carry firearms, Watkins is confident in Walter Payton’s measures. Even entering the building is a challenge.

END_OF_DOCUMENT_TOKEN_TO_BE_REPLACED 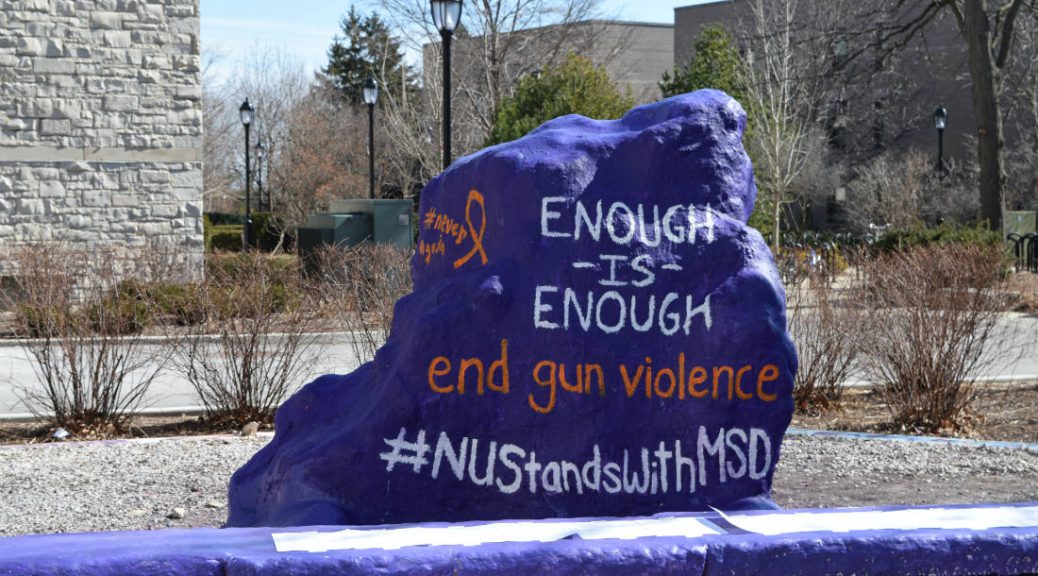 Most Chicago colleges and universities joined high schools across the nation in staging walkouts on Wednesday, protesting gun laws and violence in the wake of the Parkland shooting.

Students from Northwestern University, Truman College, Malcolm X College, Roosevelt University, Columbia College and the University of Illinois at Chicago participated to varying degrees. Some demonstrations only took place in the morning at 10 a.m., but others had broader scopes.

Northwestern hosted a daylong menu of events, starting at 10 a.m. Students held a walkout and moment of silence, along with a letter-writing campaign aimed at politicians.

But come afternoon, a hoax caused chaos on campus.

END_OF_DOCUMENT_TOKEN_TO_BE_REPLACED 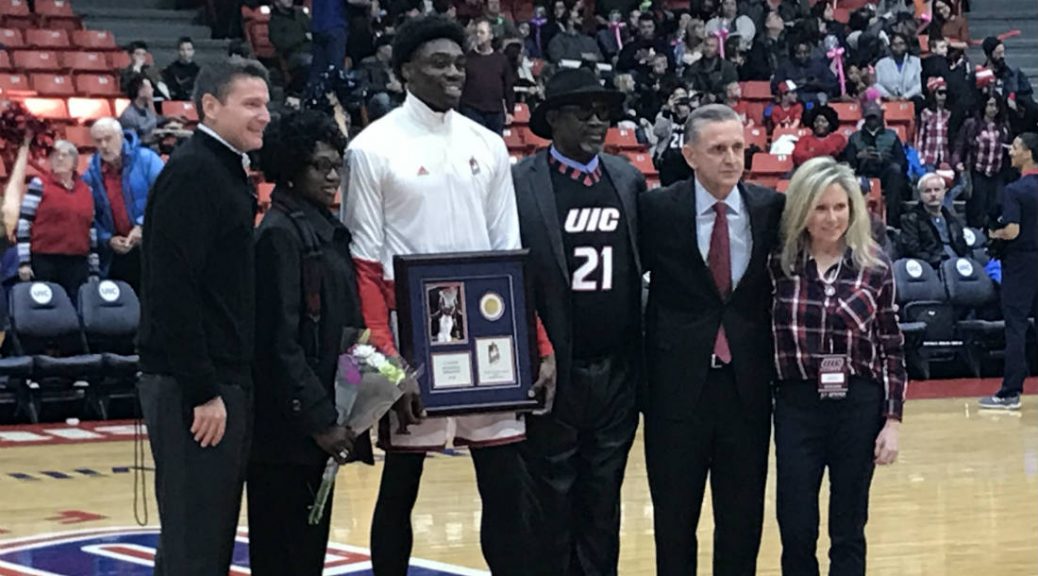 All alone on one end of an empty UIC Pavilion, Flames center Tai Odiase was working up a sweat.

Odiase jumped and tapped a ball against the backboard over and over, finally dunking when a coach in his ear gave him the go-ahead. After a five-second break, he started it all again.

On the other end, 10 teammates opened practice with low-exertion shooting drills, yelling and joking much of the time. At one point, Flames guard Marcus Ottey stopped and turned to Odiase at midcourt.

“I see you, T.O.!” END_OF_DOCUMENT_TOKEN_TO_BE_REPLACED

Starting at 4 p.m. Sunday at Little Caesar’s Arena in Detroit, UIC’s season is on the line.

The No. 3-seeded Flames take on sixth-seeded Milwaukee in the quarterfinals of Motor City Madness, the Horizon League’s tournament. Historically, the league tournament’s winner has been the only Horizon team given a berth to the NCAA Tournament, and this year will be no exception — the conference ranks 26th out of 32 in RPI and KenPom.com’s ratings.

Like all of its conference foes, UIC must win the league tournament to punch its ticket to the Big Dance. Although the Flames went 0-4 against first-seeded Northern Kentucky and second-seeded Wright State in the regular season, their recent play has them confident.

“They’ve done a lot of things this year and still got a lot to do that haven’t been done in 15, 16 years. As I told them, we’re not the game on the schedule anymore that everybody thinks they can win,” head coach Steve McClain said after UIC’s senior-night loss to Wright State.

“I see so much growth in this team that it gets me excited to go to Detroit.”

END_OF_DOCUMENT_TOKEN_TO_BE_REPLACED

It was a muted reaction for such an eye-popping play.

Trailing Detroit Mercy by six in the first half, UIC’s Tarkus Ferguson fed center Tai Odiase for a rim-rattling reverse alley oop out of a timeout. A small home crowd and subdued bench barely reacted to one of the Flames’ impressive plays of the season. Nothing came easy for UIC (17-12, 12-4 Horizon League) in its uneven 94-87 win over the Titans (8-21, 4-12) on Monday.

“It was amazing, because we were probably sharper in shoot-around today than we had been in four weeks, and yet we came out kind of flat,” head coach Steve McClain said.

END_OF_DOCUMENT_TOKEN_TO_BE_REPLACED 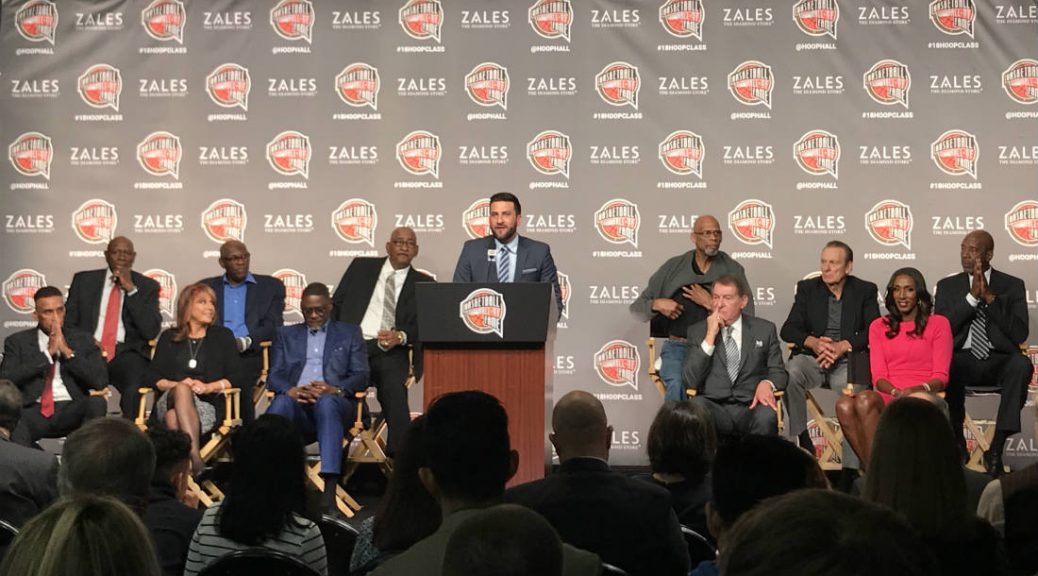 LOS ANGELES – As the NBA continues trending toward small ball, the Naismith Memorial Basketball Hall of Fame’s 13 finalists for 2018 include some of the league’s all-time great guards.

END_OF_DOCUMENT_TOKEN_TO_BE_REPLACED 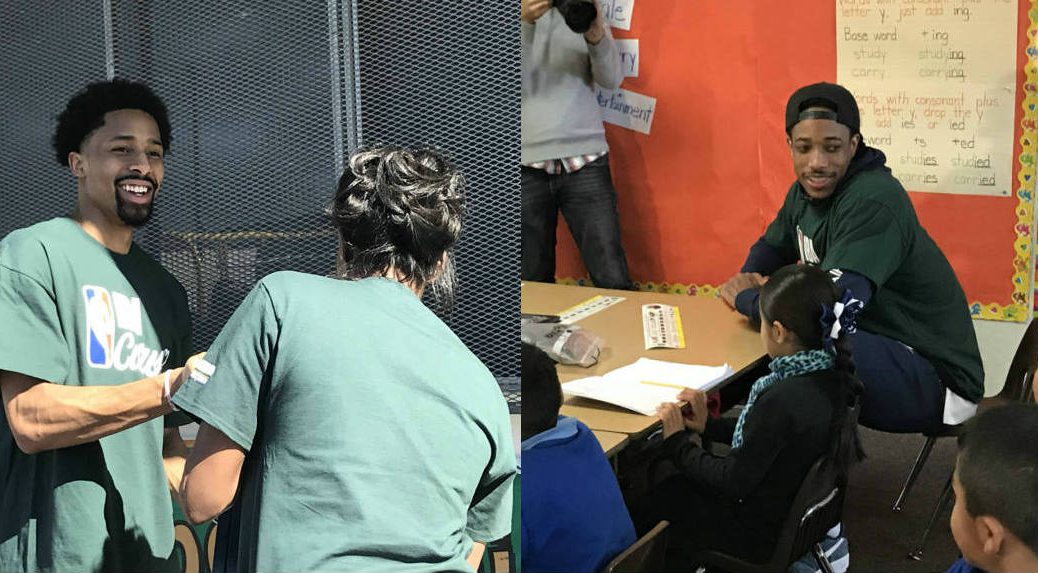 At first glance, DeRozan’s and Dinwiddie’s stories seem alike.  Both are tall, lean guards from the greater Los Angeles area, and they’ll both take part in major events during this year’s All-Star weekend. Both even play in the Northeast — DeRozan for the Toronto Raptors and Dinwiddie with the Brooklyn Nets.

But that’s where the similarities end.

END_OF_DOCUMENT_TOKEN_TO_BE_REPLACED

The 2017-18 season was supposed to represent a step forward for UIC.

Picked third in the Horizon League’s preseason poll, the Flames returned a roster full of talented sophomores who played well as freshmen. But after a 86-51 stomping at the hands of Northern Kentucky on December 30 that sent the team to 5-10 and 0-2 in league play, it was clear that something had to change.

“Before the season, there was a lot of hype,” sophomore point guard Tarkus Ferguson said. “We was supposed to be the 1-, 2- or 3-seed in the conference and win the conference, stuff like that. So I think that kind of got to our heads a lot; we thought about it a little bit too much. We wasn’t hungry enough.”