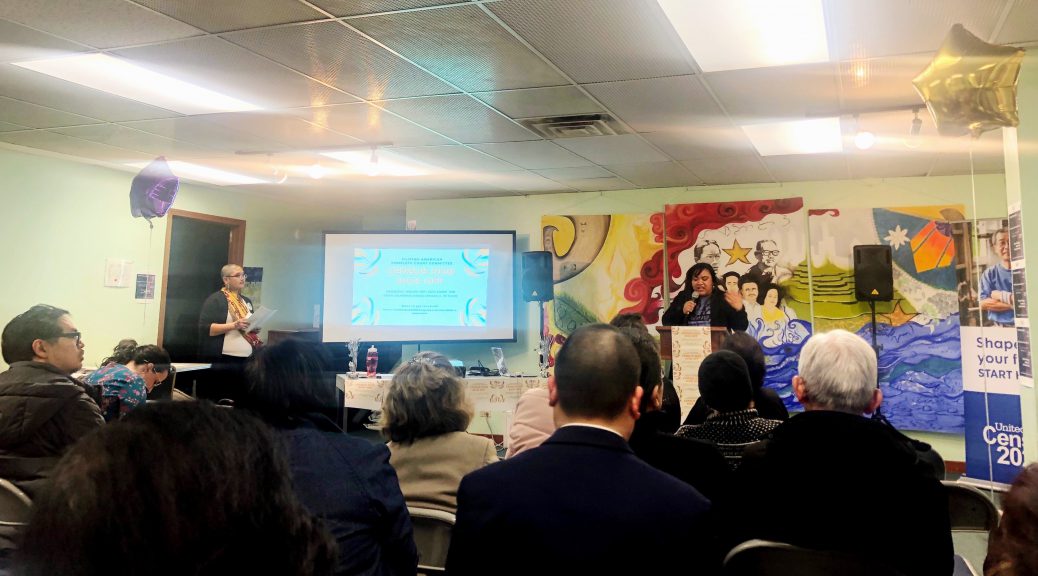 Last time the U.S. Census was conducted, the Filipino community in Chicago was undercounted by an estimated 50,000 people. Ahead of this year’s census, the advocacy group Alliance of Filipinos for Immigrant Rights and Empowerment (AFIRE) wants to do all it can to make sure that doesn’t happen again.

Last Wednesday, the organization hosted a kick-off event at the HANA Center, a Korean American community center, to launch a new census committee that aims to make sure every Filipino family is counted this time. Staff from the U.S. Census Bureau’s regional office were also present to spread awareness and answer questions about the purpose of the census.

“We see this as an opportunity for different communities to get to know each other,” Ryan Viloria, the former executive director of AFIRE, said. “This is also an invitation for folks who feel that their community is under-served to promote the census.”

END_OF_DOCUMENT_TOKEN_TO_BE_REPLACED

Middle Eastern and North African communities have been lobbying for their own category on the census for decades, even though they have been classified as “white” since the government first started conducting the survey in 1790.

Although the idea for a Middle Eastern and North African category for this year’s census was considered under the Obama Administration, the plan was shot down two years ago after President Donald Trump was elected.

Many community advocates said they were disappointed in the decision, saying the exclusion of the option ignores the challenges that Middle Eastern and North African people face as a marginalized group.