Back of the Yards Public Library: When a library can’t serve its community

While the re-introduction of a public library to the Back of the Yards neighborhood on the South Side of Chicago has been a boon to the community, its location has placed severe limitations on its ability to serve community members, and even, some allege, have detracted from other public services.

The sign for the Back of the Yards Public Library (photo at top of story) is nearly half a block from the entrance to the library, making it difficult to find. Although the community is relieved to once again have a local library after a multi-year gap, its location is proving problematic in a variety of ways. 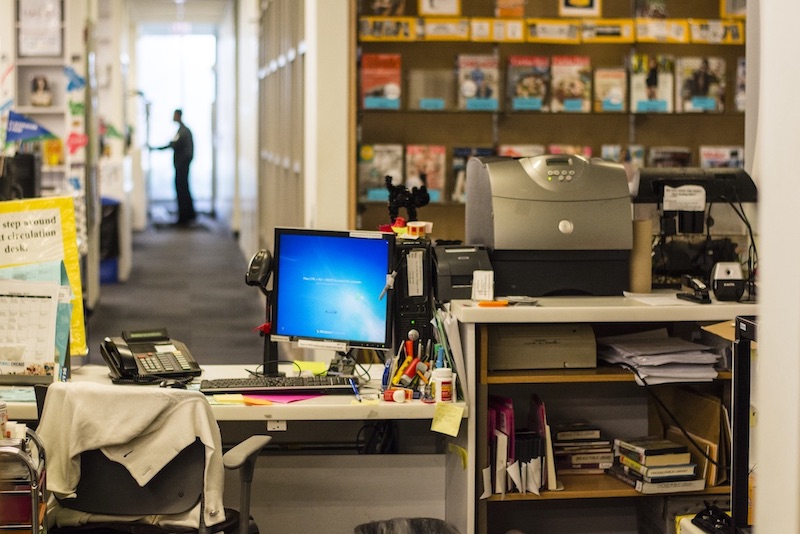 The library’s latest location inside a building owned by Chicago Public Schools has created unique challenges for the library and its patrons. Though libraries typically serve as heating and cooling centers for their communities, staff members do not have control over the temperature; schools retain control of the heating and cooling so library patrons suffer through too-hot or too-cold temperatures on days when schools are closed but the library should be welcoming

The lack of public amenities for patrons – such as a parking lot, and the nearly block-long ramp that patrons must ascend to enter the library – have led to a decline in elderly community members using the library, says longtime library staff member Bertha Flores Ramirez. 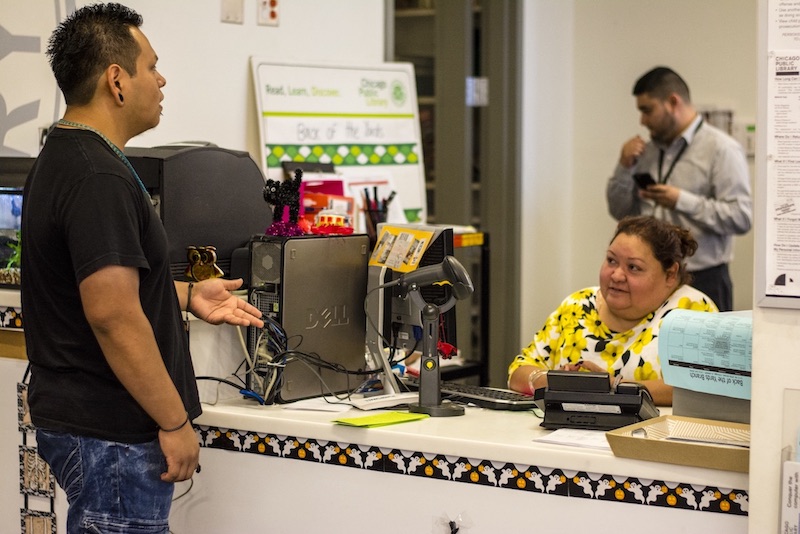 Bertha Flores Ramirez, a resident of Back of the Yards for nearly 30 years, has worked at the Back of the Yards Public Library in three different locations, most recently in a strip mall where a Planet Fitness now resides. The library’s new home is a vast improvement over the now-Planet Fitness, she said, where the roof would routinely leak after storms and sewage would cover the carpet. But even that was preferable to the time her community had no library.

No library meant no books for local children, period, said Bertha Flores Ramirez. With parents unable to afford books, and many leery of taking public transportation to the nearest neighborhood library, children could not practice reading after school, and were often sent outside to play. She lamented that the library is supposed to be a refuge so kids don’t have to play in the street. 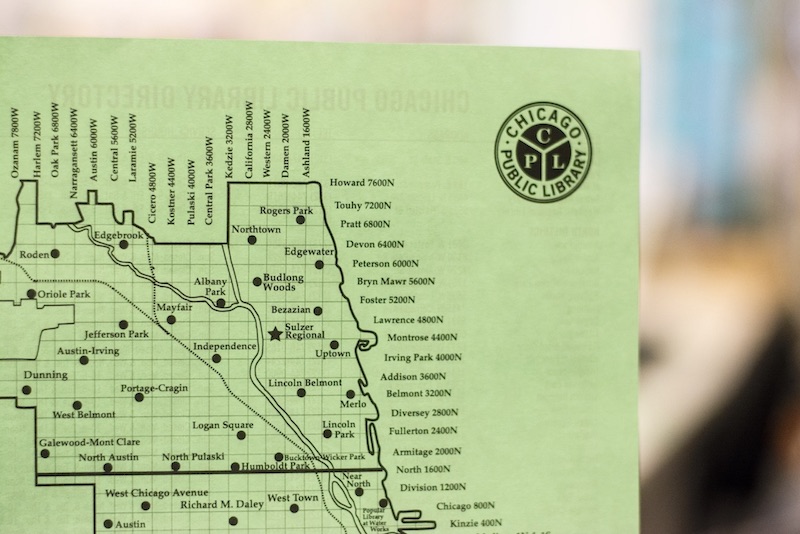 The network of neighborhood libraries now lends more than books: fishing equipment, language-learning technology and even museum day passes are available for patrons. It also ultimately keeps children engaged, inside, and off the streets. 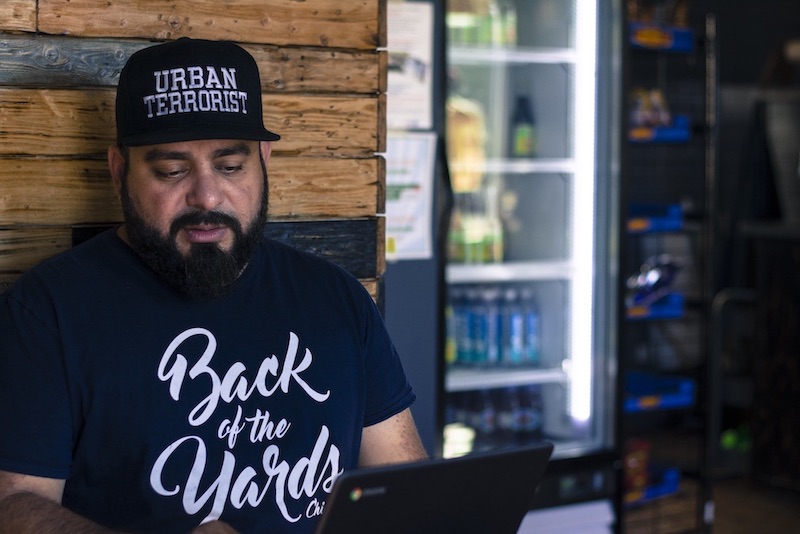 The location of the library is seen as a negative in the community as well. Jesse Iñiguez, a local activist, owns Back of the Yards coffeehouse, across the street from the library. He opposed the city’s decision in 2013 to install it in Back of the Yards College Preparatory High School.

Iñiguez claimed the school was forced to turn classroom space into a high school-only library, reducing student enrollment in the South Side neighborhood’s only high school. Iñiguez, who was running for alderman at the time, supported locally organized marches and demonstrations against the city’s decision. The principal of the high school did not return requests for comment.

Pedro Leon, the children’s librarian at Back of the Yards Public Library, wishes the library had a stronger relationship with the school it is attached to. In the 10 months he has been there, he has managed to collaborate with one teacher on one set of lessons and regularly sees fewer than ten students use the public library after school. The locked doors between the school and library are more than simply literal.

Photo at top: The sign for the Back of the Yards Public Library (Kate Cimini/MEDILL)