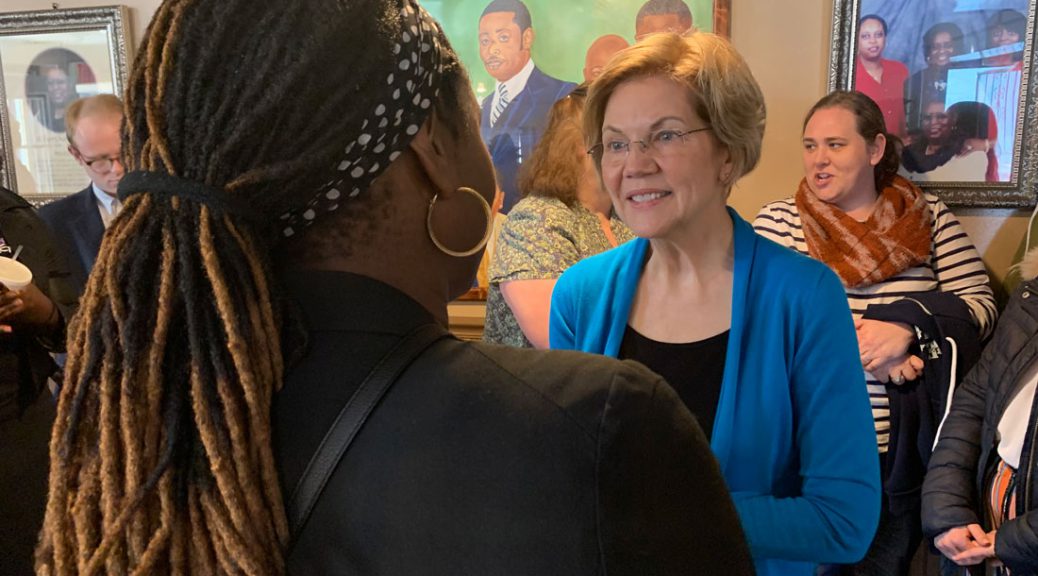 NORTH CHARLESTON, S.C. — When Nicole Planter, 47, saw online that Sen. Elizabeth Warren was at her favorite North Charleston restaurant Friday, she scooped up her 6-year-old daughter and drove there.

“This was our chance to see the woman who might be president,” Planter said. “I wanted my daughter to see Warren because she represents girl power.”

Planter, a single parent and mother of seven children, and her daughter Ming’Le arrived at the restaurant as Warren was leaving.

“She stopped to talk to us and encouraged my daughter that she could do anything,” Planter said. “She just was very down-to-earth and easy to talk to.”

END_OF_DOCUMENT_TOKEN_TO_BE_REPLACED 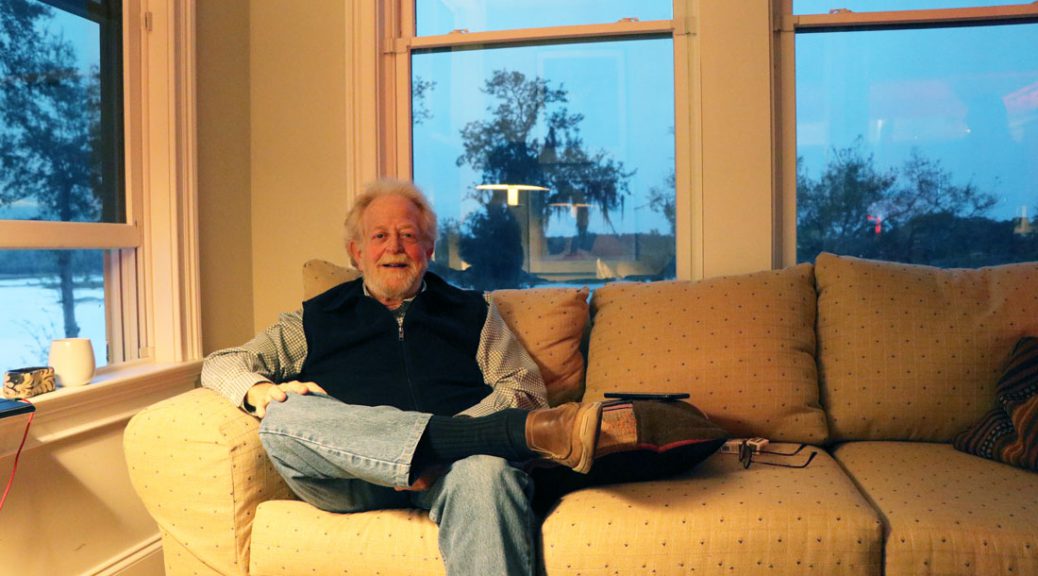 Billy Keyserling, the mayor of Beaufort, South Carolina, governs over a small coastal city reflective of much of the state — largely Republican with some moderate Democrats.

Following Pete Buttigieg’s narrow win of more delegates in Iowa and Sen. Bernie Sanders’ victory in New Hampshire, the pressure on Keyserling’s state to deliver a clear front-runner with the South Carolina primary on Feb. 29 has intensified. South Carolina, hosting a more diverse electorate than Iowa and New Hampshire, will not only act as a bellwether for the South, but possibly for Super Tuesday’s 16 contests on March 3.

Keyserling has prioritized educating the public about Reconstruction and addressing environmental problems such as coastal flooding — two issues he sees as impacting political discussions in 2020 — since becoming mayor in 2008. He spoke to Medill Reports about the candidates’ takes on climate change, the importance of black voters to the primary and the similarities between the candidates.

END_OF_DOCUMENT_TOKEN_TO_BE_REPLACED 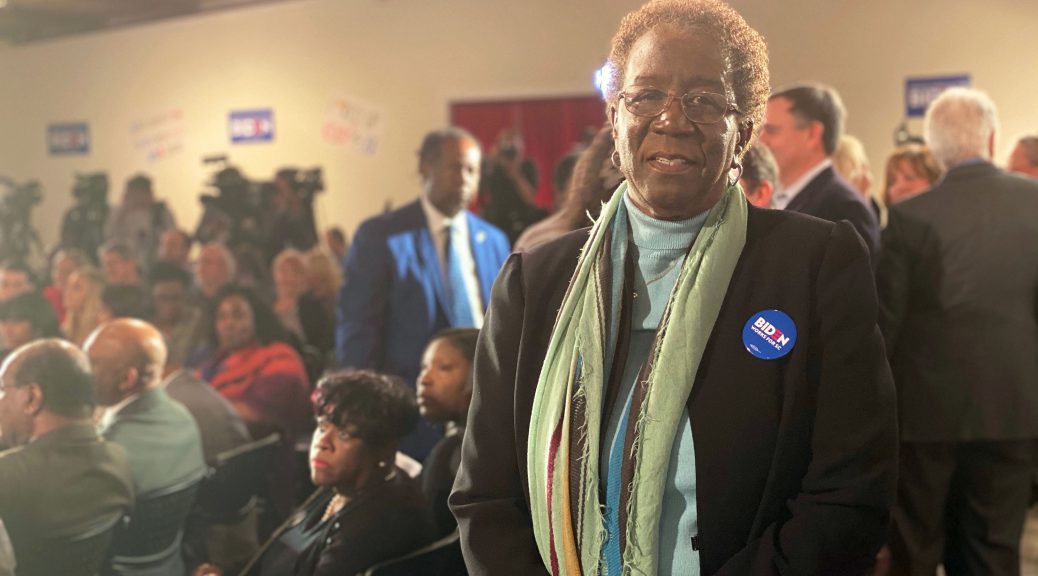 COLUMBIA, S.C. — In a tightly packed room with Joe Biden supporters stood Bernice Scott — the first African American to chair Richland County Council. Her dark blue badge, “Biden works for SC,” glinted as she swayed from side to side in sync with a gospel choir minutes before the former vice president entered the room. .

After a dismal performance in Iowa and New Hampshire, Biden stopped in South Carolina to salvage his campaign in the first primary state where black voters are a significant part of the Democratic electorate.

“You can always tell what a man is going to do with what he’s already done,” Scott said, referencing Biden’s previous record working with former President Barack Obama.

He already has the support of “Reckoning Crew,” a group founded by Scott more than 35 years ago to keep residents in rural parts of Richland County informed about politics. The group made up of prominent black female activists previously backed Sen. Kamala Harris, but turned to Biden after she dropped out.

END_OF_DOCUMENT_TOKEN_TO_BE_REPLACED 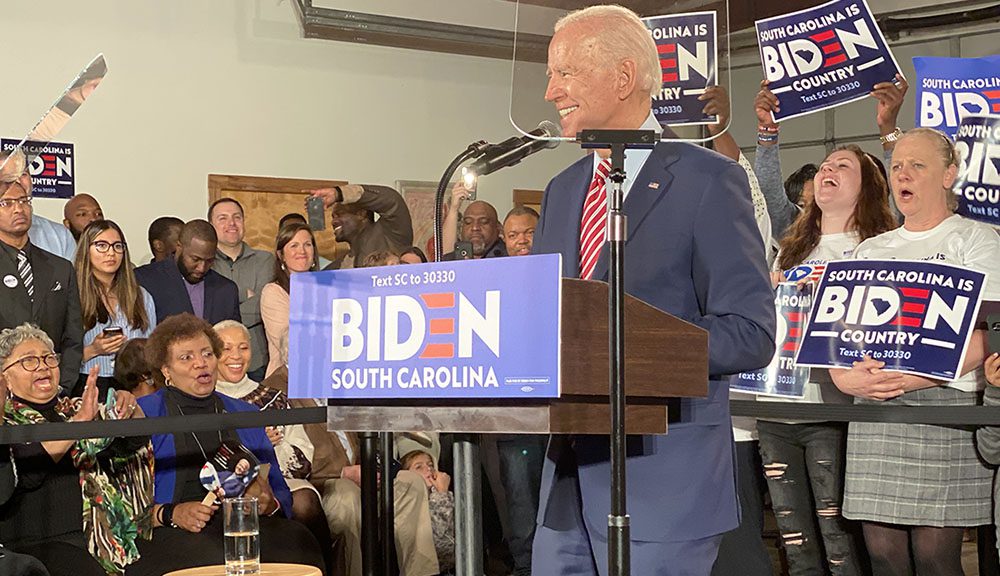 As the depth of his fifth-place finish in New Hampshire became clear, Joe Biden arrived in South Carolina on Tuesday night in an effort to salvage his weakening presidential campaign.

Introduced by his wife, Jill Biden, and his campaign co-chairman Rep. Cedric Richmond (D-La.), the former vice president enthusiastically greeted a modest crowd gathered for his campaign launch party in the state.

“You have no idea how great it is to be back in South Carolina,” Biden said.

Biden, the longtime front-runner in the race for the Democratic nomination, finished a disappointing fourth in Iowa and received only eight percent of the New Hampshire vote. As he stood before South Carolinians on Tuesday, he asked his supporters to focus on the future, not his disappointing performance so far.

END_OF_DOCUMENT_TOKEN_TO_BE_REPLACED 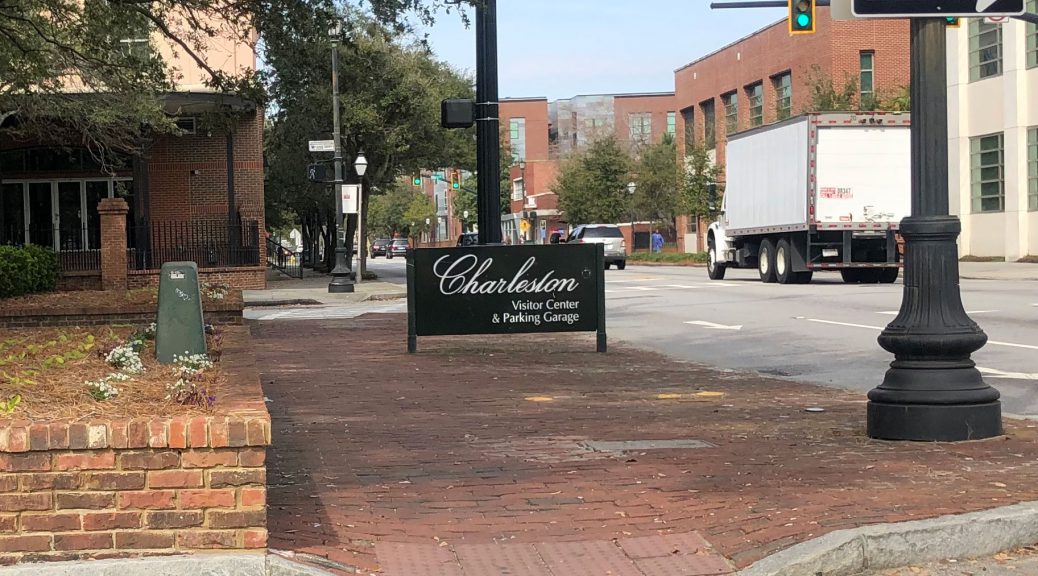 Medill reporters are traveling throughout South Carolina this week to ask the state’s voters their thoughts about the Democratic presidential primary and which candidates will receive their support. Here is a look at what they found during their first day of reporting and observing.

CHARLESTON, S.C. — On a sunny Sunday afternoon in Rosemont, a neighborhood that lies between North Charleston and downtown, Demetrick Johnson, his brother Jamaal and some extended family members were drinking beer in front of their family house. The waves of laughter coming from the wood porch could be heard all the way down Delano Avenue.

A light conversation about the warm weather quickly turned into shouts as the two brothers started talking about politics ahead of South Carolina’s Feb. 29 Democratic primary.

END_OF_DOCUMENT_TOKEN_TO_BE_REPLACED 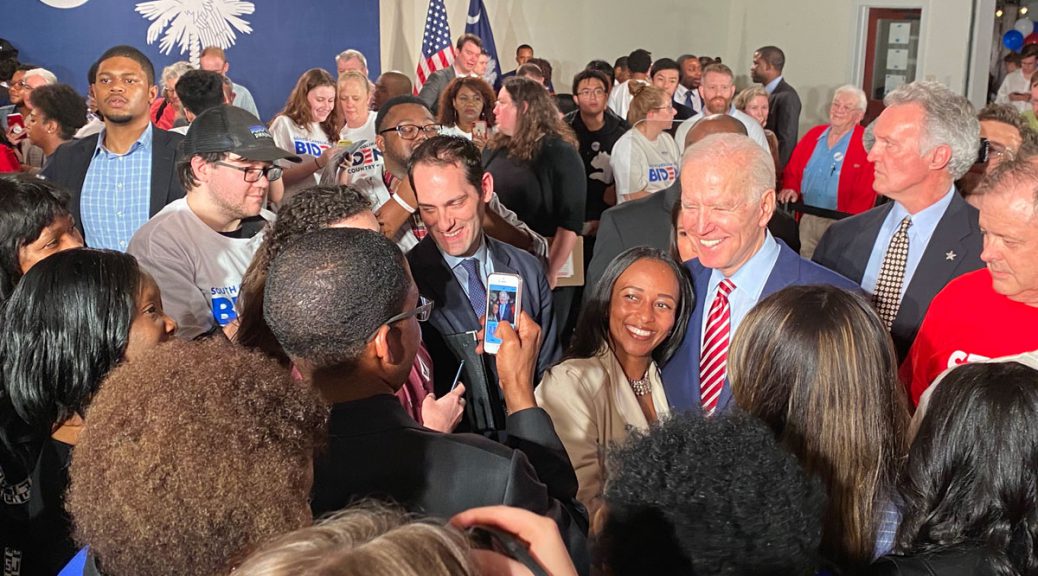 Despite poor showings in Iowa and New Hampshire, supporters of former Vice President Joe Biden were optimistic the presidential candidate will come out strong in South Carolina.

END_OF_DOCUMENT_TOKEN_TO_BE_REPLACED 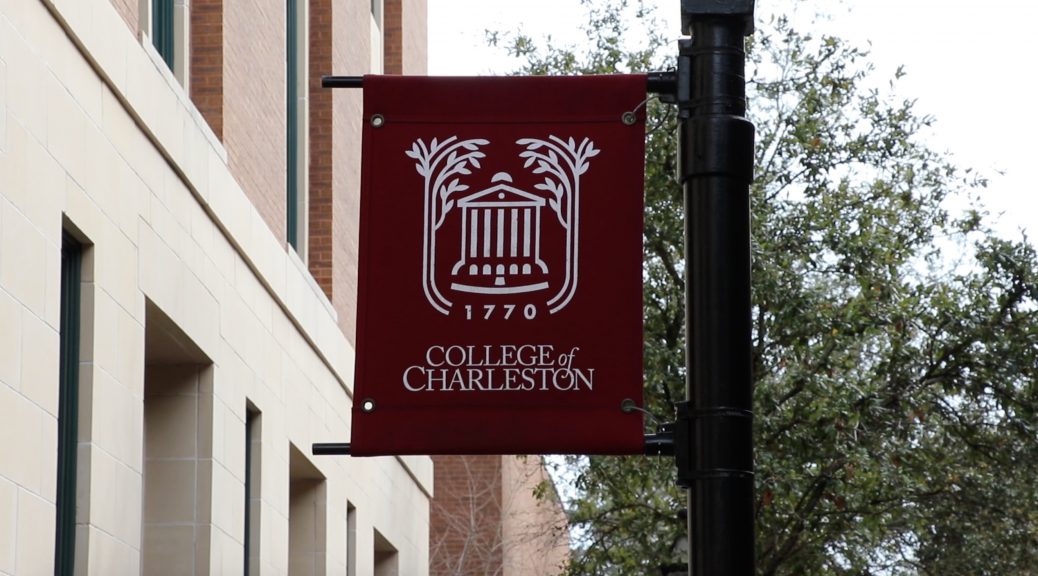 The majority of the College of Charleston students surveyed Sunday by Medill School’s Q’s on the Quad expressed no interest in voting for former Vice President Joe Biden in the presidential primary, although a recent East Carolina University poll found 37% of likely South Carolina Democratic voters supported Biden.

“Elizabeth Warren and Bernie Sanders really are fighting for all people, not just a certain group of people,” said Olivia Williams, a graduate student studying public history. “But, especially young people ‘cause we’re the future so they should be fighting for us.”