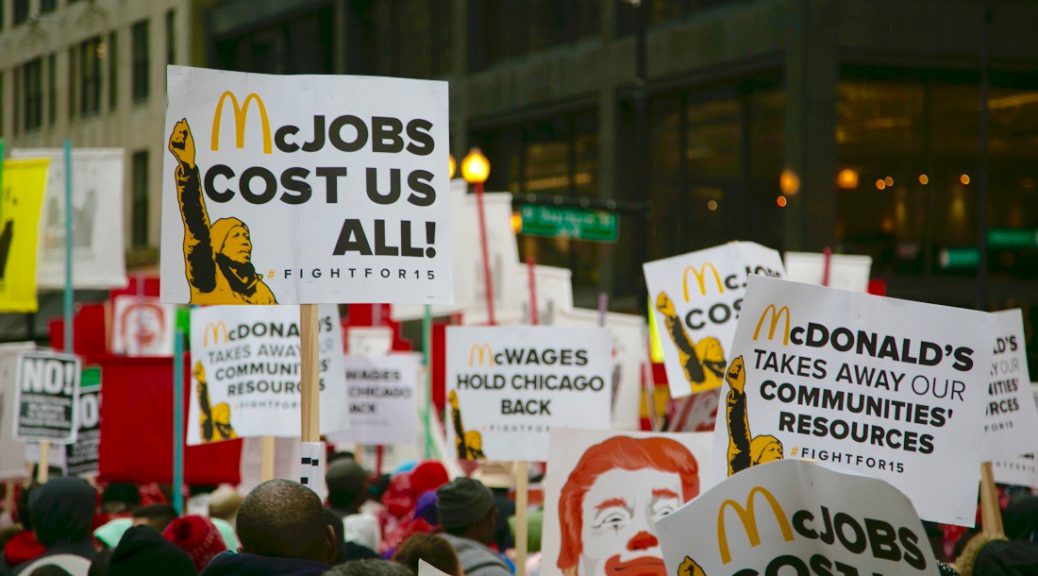 Deshawn Bell, 35, is a fast food worker in Chicago. He has been working at a McDonald’s restaurant for the past ten years and struggles to make ends meet. He joined a march on May 23rd in downtown Chicago that drew 1,500 demonstrators from across the nation to call for a $15 minimum wage. The march was organized by the union-backed advocacy group ‘Fight for $15’ and was timed to send a message the day before the McDonald’s annual stockholder meeting.

McDonald’s Corp. had revenue of $24.62 billion in 2016. Every year, the company and its franchisees employ hundreds of thousands of people, but has long been a target of complaints about the wages it pays those workers.

The Oak Brook, Ill.-based fast food giant increased its hourly wages to $1 above local minimum wage at corporate-owned restaurants in 2015.

The Illinois legislature approved a bill in late May to increase the minimum wage to $15 over five years. The bill was then sent to Governor Bruce Rauner who has been critical of the bill’s potential negative impact on business.

Photo at top: About 1,500 people holding signs and banners demonstrated downtown Chicago on May 23rd, calling for an increase in the minimum wage. (Xiaosheng Yin)