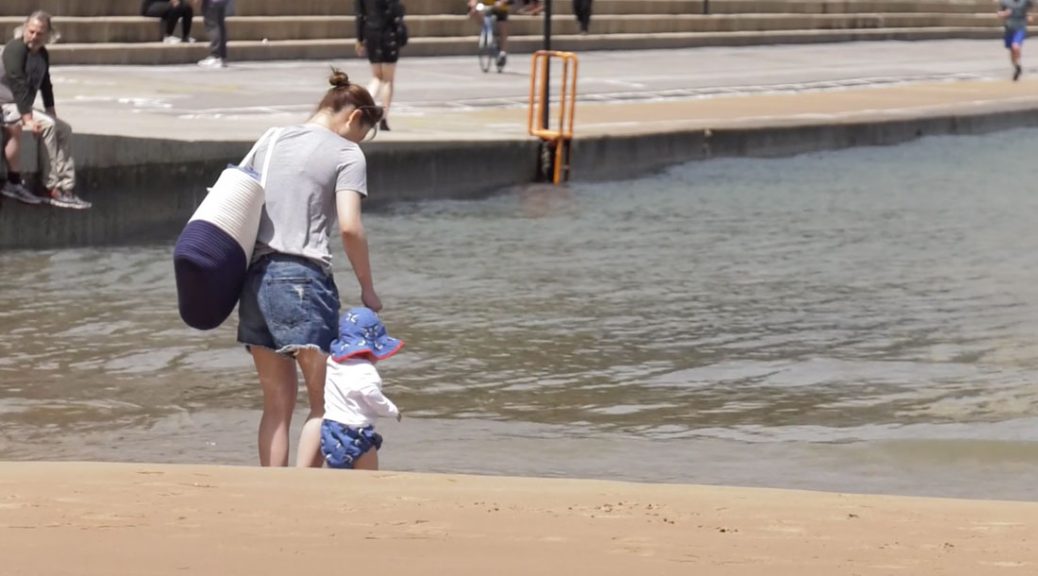 Chicago officials met Wednesday to discuss water safety and drowning prevention as summer approaches and the city’s pools open up for the season.

Drowning is the second highest cause of accidental death for U.S. children between the ages of one and 14, according to the World Health Organization.

The ZAC Foundation, a non-profit group dedicated to water safety, met with city officials, including representatives from the fire and police departments.  ZAC Co-founder Karen Cohn shared her personal story at the meeting on the Near West Side. Her 6-year-old son Zachary drowned after his arm became entrapped in a pool drain.

Plans to develop water-safety precautions for the city were discussed, as well as hopes for creating a nationwide program.

“That is just the beginning,” said Cohn. “We’re hoping to implement more and eventually move this into a national drowning prevention program, which doesn’t currently exist in the United States.”

Photo at top: Beachgoers on Lake Michigan in Chicago on May 22, 2019.  Last year, 22 people drowned in the lake, according to the Great Lakes Surf Rescue Project. Five of them were children in the Chicago area. (Nicole Croteau/MEDILL)