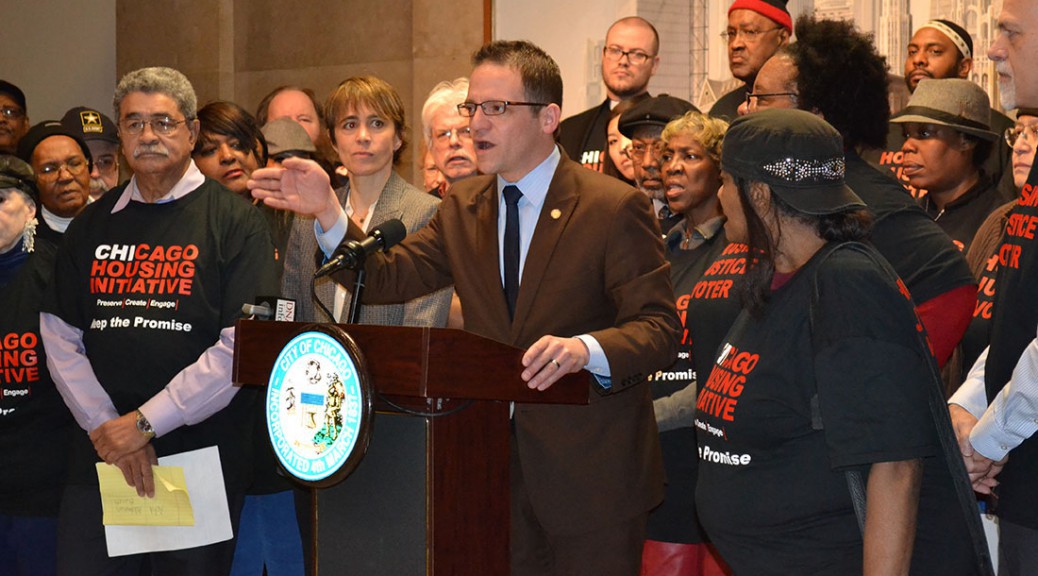 Chicago aldermen and representatives for the Chicago Housing Initiative are pushing for a February hearing to discuss an affordable housing ordinance before next month’s election.

At least four aldermen and more than 35 Chicago Housing Initiative representatives gathered for a press conference Wednesday morning at City Hall and criticized Mayor Rahm Emanuel and Ald. Ray Suarez (31st), who is also the chairman for the city’s committee on housing and real estate, for refraining from scheduling a hearing on the Keeping the Promise ordinance.

The ordinance, which was introduced in September, aims to increase available affordable housing by calling upon the City Council to more closely monitor the use of the Chicago Housing Authority’s funds. From 2008 to 2012, the agency accumulated a surplus of $432 million and distributed more than 13,500 fewer annual housing vouchers than scheduled.

At least 19 aldermen have sponsored the ordinance, and Chicago Housing Initiative board member, Miguel Suarez, said it will give more than 10,000 families access to affordable housing with the Chicago Housing Authority over the next five years.

“It’s been a major priority of my office that everyone deserves a safe, clean, affordable home,” said Ald. Deb Mell (33rd).

The press conference came one week after the housing and zoning committees unanimously voted to amend the Affordable Requirements ordinance: a proposed expansion of affordable housing and a more costly consequence for developers who avoid certain shelter regulations.

The City Council was scheduled to vote on the ordinance this week.

Photo at top: Joe Moreno (1st) encourages his colleagues to learn about the Keeping the Promise ordinance. “It’s not your right to not have a hearing,” Moreno said of Ald. Ray Suarez (31st).