In the wake of the lead crisis in Flint, Mich., the U.S. Environmental Protection Agency is calling for increased oversight and collaboration with state and local water agencies to prevent additional problems with lead.

On Feb. 29, the EPA wrote a letter to all state governors and state environment and public health commissioners clarifying the procedures involved in testing and reporting water samples for lead. The agency also called on local water departments to publicly disclose certain information—such as the location of lead water lines (either through a map or a list) as well as information on the risks of lead exposure and how to decrease those risks.

The federal agency gave state and local departments 30 days to respond in writing, detailing how these departments are following the recommendations.

The move comes after the recent events in Flint, where thousands of residents were poisoned with high levels of lead due to tainted drinking water. Many believe that the lack of oversight and communication between government officials has resulted in a breakdown of trust between the Flint community and public health and environmental officials.

“We have a community that is traumatized,” said Dr. Mona Hanna-Attisha at the American College of Preventive Medicine annual conference in Washington, D.C. The pediatrician helped expose the lead water crisis in that city.

“We have a tremendous loss of trust in government and agencies that were supposed to protect people,” said Hanna-Attisha.

Kim Biggs, Illinois EPA spokesperson, stated that her agency is currently in the process of providing a written response to the federal EPA recommendations, but was unable to discuss the specifics of the response at this time. In the meantime, the Illinois EPA has acknowledged that it currently does not have a map or inventory of the lead water lines in use in the state. The Chicago Department of Water Management did not respond to a request for an interview.

Communications between water authorities and the public remain a thorny issue in Chicago. A group of Chicagoans filed a class action lawsuit against the city last month, claiming that there had not been adequate notification of the potential risks of lead exposure in drinking water after the city conducted repair work on water mains. The group is seeking compensatory damages and now wants the city to establish a trust fund to pay for the medical monitoring of all the members of the group.

“The concern is that you disrupt the water line because you are banging around [during repair work], so there can be pulses of lead that are released over days or months or even as much as a year later,” said Stephen Randtke, professor in the environmental engineering and science program at the University of Kansas, during a webinar series held March 16, which was sponsored by the American Public Health Association and the American Water Works Association. 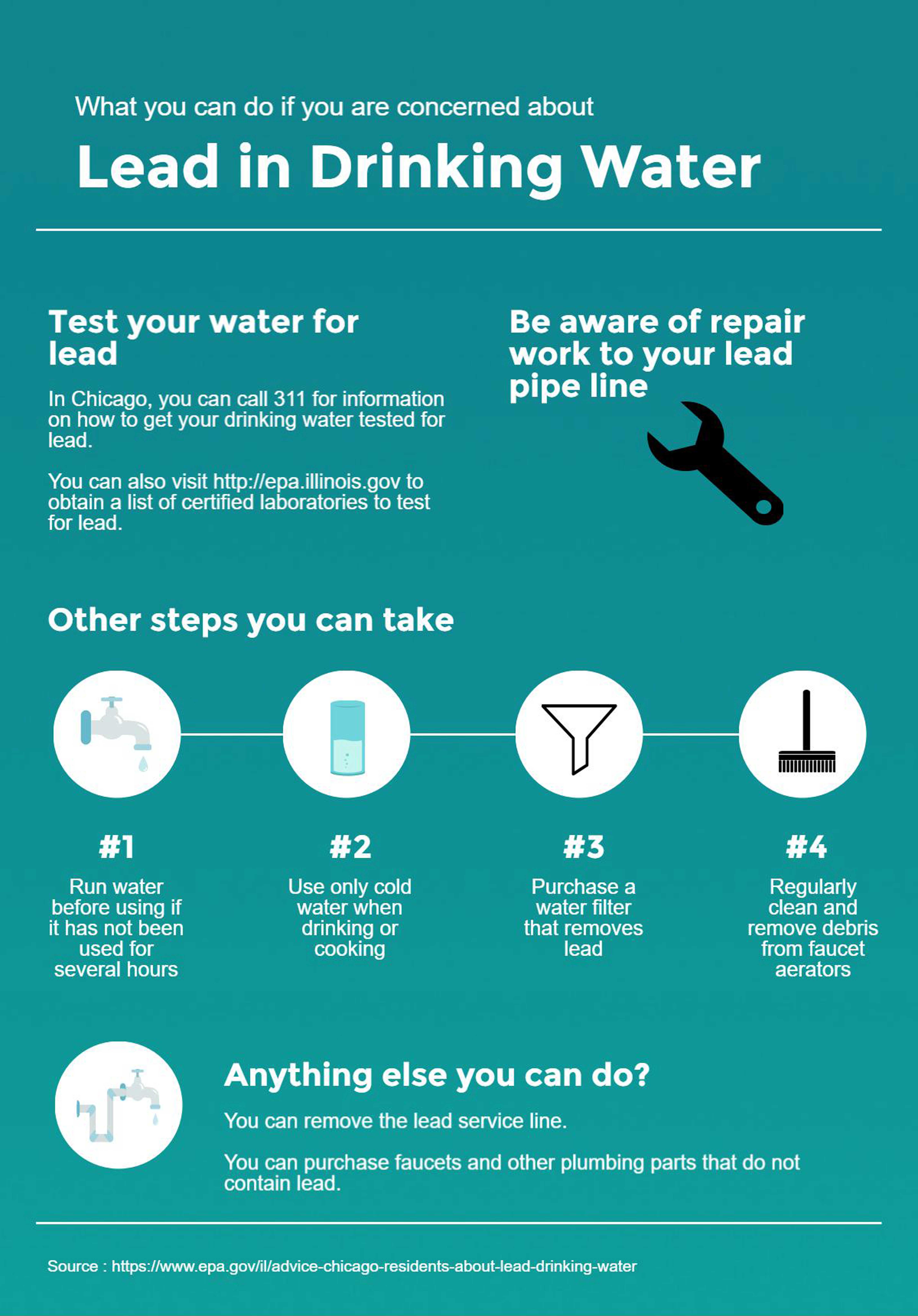 Exposure to lead has been linked to many health consequences including intellectual impairment, lethargy, seizures, anemia and gastrointestinal problems. Lead exposure is detrimental to all age groups but is particularly dangerous to young children. According to the Centers for Disease Control and Prevention, there is no safe level of lead in the bloodstream of children.

Even a fractional amount of lead in the blood can profoundly impact a developing child’s brain. In 2003, Richard Canfield, a developmental psychologist from Cornell University, published a study in the New England Journal of Medicine, showing that average blood lead levels ranging from 1 to 10 micrograms per deciliter can result in a drop of approximately 7.4 IQ points over a child’s lifetime.

“Compared to adults, children are at higher risk to environmental exposures,” said Dr. Susan Buchanan, professor of environmental and occupational health sciences at the University of Illinois at Chicago School of Public Health. “Children have a higher absorbed dose per pound of body weight, so any environmental exposure is going to affect children to a greater extent than adults.”

The EPA currently employs the “Lead and Copper Rule” to monitor, report and respond to areas with high lead concentrations. This rule holds that if more than 10 percent of the sampled water sites contain lead levels of 15 parts per billion, then the local water authority must take key steps to report the findings and to ensure that its control protocols, such as placing anticorrosive agents in the water, are implemented properly.

Given the water crisis in Flint as well as recommendations from concerned citizen groups, such as the National Drinking Water Advisory Council, the EPA is currently reviewing the Lead and Copper Rule and will propose revisions to the rule next year.