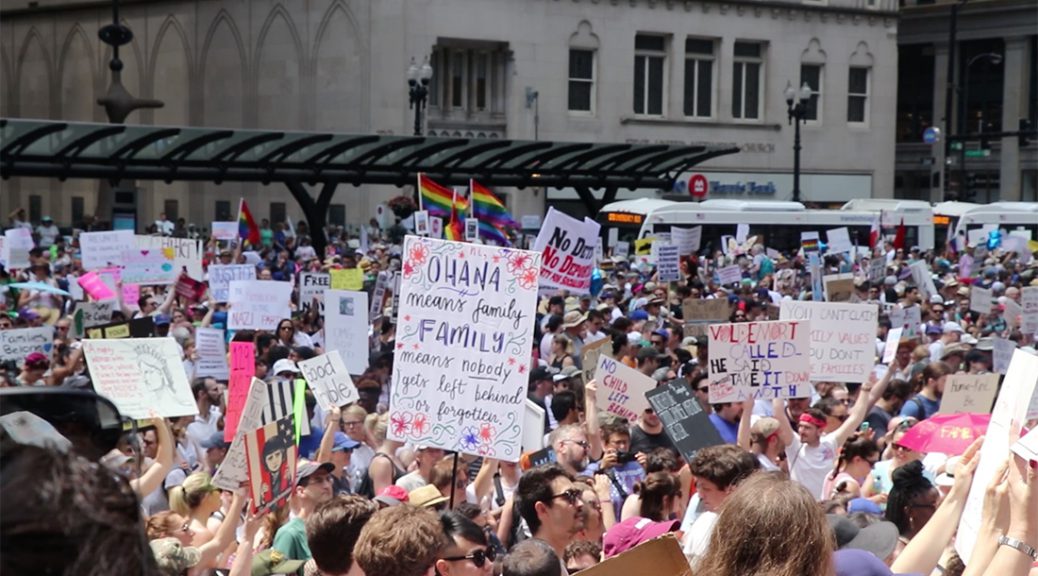 While an estimated 2,000 immigrant children wait to reunite with their families, tens of thousands of protesters took to the streets of downtown Chicago to participate in the Families Belong Together rally.

Hundreds of protests around the country took place on Saturday in opposition to the Trump administration’s immigration policies. ​

There is no official Trump policy meant to separate parents from their children. However, there is a policy in which adults caught crossing the border illegally are to be criminally prosecuted, making separation inevitable.

Last month, after public outcry, President Donald Trump ordered that the families crossing into the country illegally no longer be separated.

The goal of Saturday’s march was to put pressure on the administration to reunite families as quickly as possible.

Photo at top: Demonstrators at the Richard J. Daley Center before the march. (Katelyn Sabater/MEDILL)