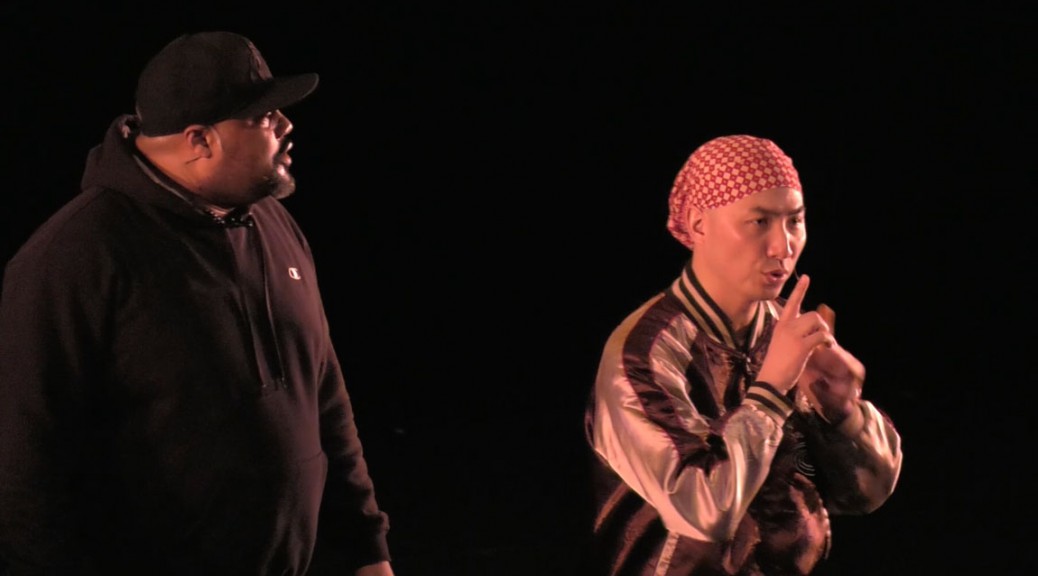 Interdisciplinary artist Michael Sakamoto is one half of Flash, a Butoh/Hip-Hop duet performed with street-dance choreographer Rennie Harris. The show, which played at Columbia College Dance Theatre earlier this month, examines the body as a state of crisis.

But for Sakamoto and Harris, Flash is also a public conversation between Butoh and Hip-Hop, and between their respective Japanese-American and African-American identities.

In this video, Michael Sakamoto narrates his journey from greenroom to stage, as he explains the importance of intercultural conversations.

Butoh is a form of Japanese dance theater that emerged after World War II, primarily through the efforts of Hijikata Tatsumi. It evolved as a rejection of mainstream 1950s Japanese society and was part of a growth of a more avant-garde expression. The dance focuses on the body, depicting various emotional expressions, often contradictory, that make up the human spirit, such as terror and desire.

Sakamoto has been creating his own art for about 18 years. He says it plays between external and internal elements like the body and the image, the perceived and the projected.

Apart from Butoh, he is also a performance studies, dance studies and cultural studies scholar and a full-time professor at the University of Iowa.

Michael Sakamoto and Rennie Harris perform ‘Flash’, a dance theater that is conceived as a ‘conversation’ between Sakamoto’s Japanese American and Harris’ African-American approach to exhibiting a body in crisis. (Vishakha Darbha/MEDILL)