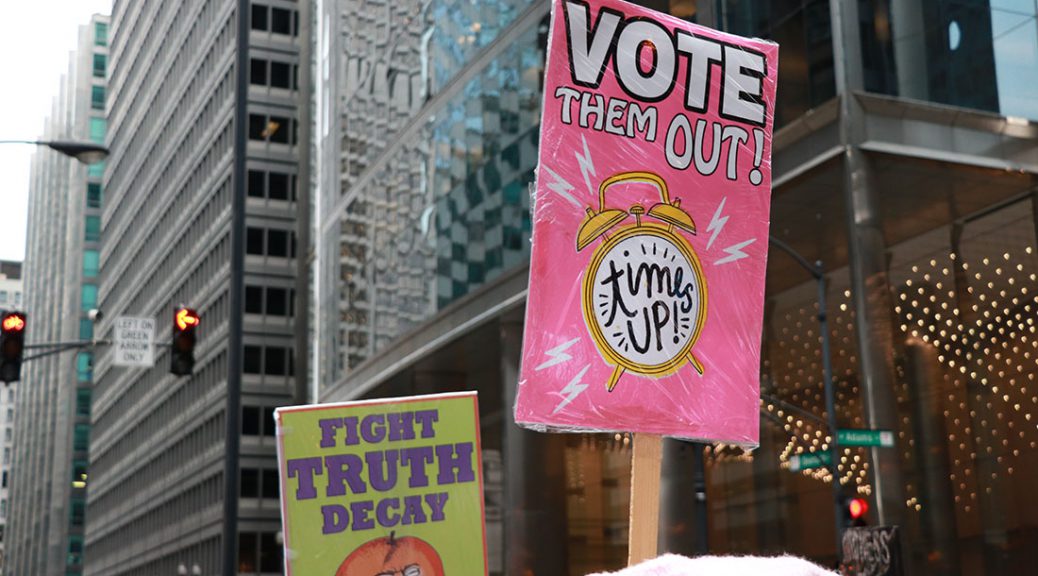 Thousands of people gathered in Grant Park on Saturday to march for climate change solutions, reproductive rights, LGBTQ rights and getting out the vote, issues highlighted at the annual Women’s March since the 2016 election of President Donald Trump.

Women’s March Chicago organized the event and estimated that 10,000 people participated this year. Despite rain and snow, marchers rallied with enthusiasm and zeal with their, chanting, hoisting homemade signs and wearing pink hats.

Jill Conrad drove more than 80 miles from Ottawa to attend and many people arrived from out of state. Conrad carried a vibrant blue banner that read “Any Functioning Adult 2020,” a message that garnered lots of thumbs up as people snapped picture. Conrad  described the experience as one filled with “lots of good ideas.”

Summing up the protest, she said “It was a great day” and the best part was seeing the unity among the marchers, she said. “It’s good to see people out here together, men and women, black, white, all of [us]. That was the high point.”