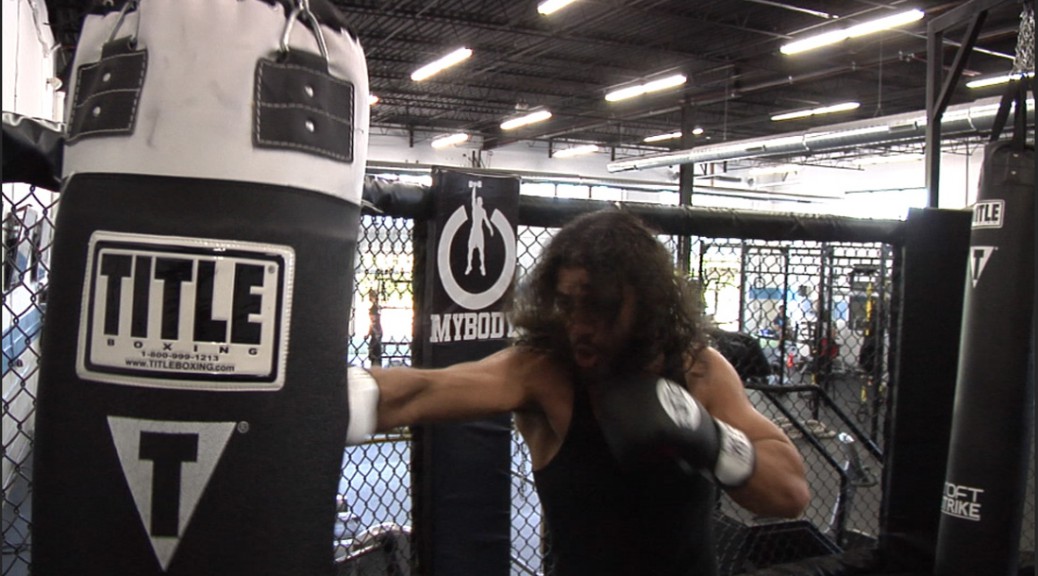 “We’re going pro after this fight and we’re going to make a statement in the pro community, that’s for sure,” he said. “I’m not looking past this guy, but I’m looking through him. He’s just another stepping stone for me.”

The 28-year-old Chicago native is ready to take the next step in his Mixed Martial Arts career.

Shamoun has not taken the traditional road to achieve his goals. He didn’t have wrestling scholarship offers from the nation’s top schools. He wasn’t a high school boxing standout. He didn’t even step into a ring until his twenties.

But what he did have was an infamous street-fighting father who taught him everything he knew.

Photo at top: Ankeedo Shamoun has been working tirelessly to turn his life around, transferring his fighting skills from the streets to the cage. (Brian MacIver/Medill)