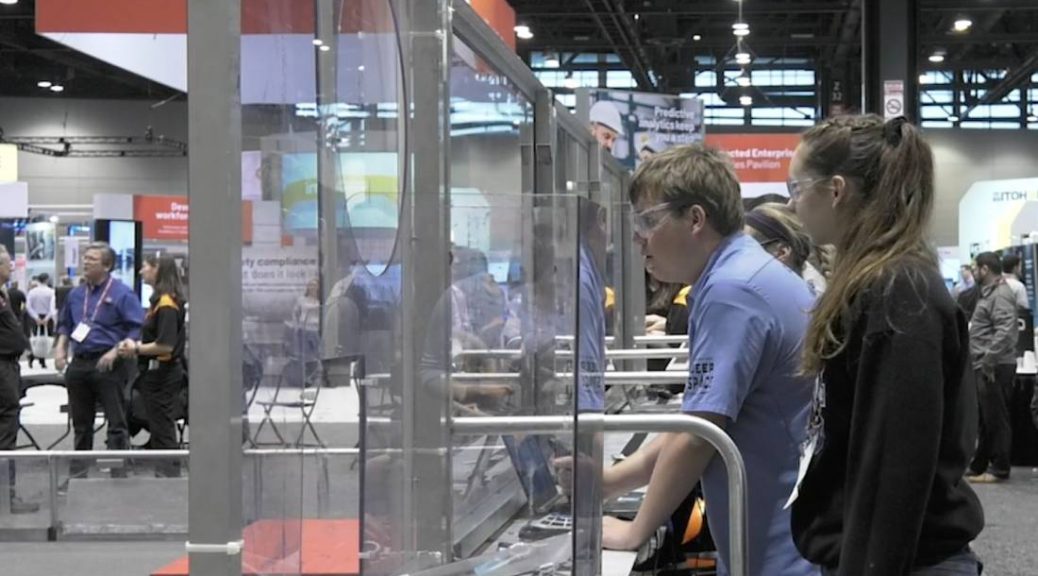 Even in 2019, less than 30% of the world’s researchers are women, according to the UNESCO Institute for Statistics. That’s a startling statistic. It’s downright shameful. Yet, walking around the 2019 Automation Fair in Chicago from November 18-19, I’m optimistic. Watching a group of 7th grade girls play with robotics equipment in McCormick Place was eye-opening. Granted, they were playing hooky to come and hang out with their robotics team friends, but when you miss school to go have fun with NXT Mindstorm sets, I can assume you’re probably doing alright in the classroom.

Seeing them horse around with their mechanical creations as part of the organization known as FIRST, which teaches STEM learning to children starting in kindergarden all the way through to senior year of high school, reminded me of my own robotics class days. When I was in middle school, I spent every Saturday morning traveling to Northwestern University to attend the Center for Talent Development classes offered in computer programming and robotic design.

This was back in the mid 2000s, and I was the only girl in my classes of 20 or 30 students. At the time, I never thought too much about my gender. It didn’t seem to make the boys treat me any differently and it certainly didn’t make me feel inferior. But, watching these young women play with the same sort of robots I had designed ten years ago seemed so different.
I felt different.

I wanted to cheer them on and tell them that they shouldn’t ever feel dumb. Inadequacy was a feeling I had more than once by the time I reached high school. I had internalized assumptions that boys were the ones meant to be on science olympiad and girls were meant to be on the debate team.

As I got older, there weren’t instances from one individual that made me feel inferior amongst my male colleagues, rather a systemic stereotype I didn’t quite fit with my brunette American Girl like doll appearance.

I can’t help but wonder where my life would be if I had listened to all of the criticism that came from being a scientifically inclined female. I always did better in physics and biology than I did in history, much to my twin sister’s amazement who would eventually major in history at Northwestern. My analytical mind is what would land me in accelerated chemistry my freshman year at Northwestern, not to mention send me on a path that would eventually lead to a medical school acceptance.

Everyone’s story isn’t the same. I don’t mean to project on the young women of FIRST the shifted glances I once recieved entering high school in accelerated biology. I hope they continue their passion for technology with no fear and constant curiosity. Considering that over 60% of their robotics team is female, I believe they can create a female community I never could at their age.

That isn’t to say there isn’t work to be done when it comes to gender diversity in science. There is: lots of it. But to know any daughter I may eventually have, might not be the only child with two X chromosomes in a robotics class is not only encouraging. It’s inspirational.

So here’s to being inspired in the new decade. I can’t wait to see what our young women will create next.

Photo at top: FIRST Robotics Team Captain Erin Marshall, watches on as one of her robot creations effortlessly moves objests at the 2019 Automation Fair in Chicago.(Annie Krall/MEDILL)