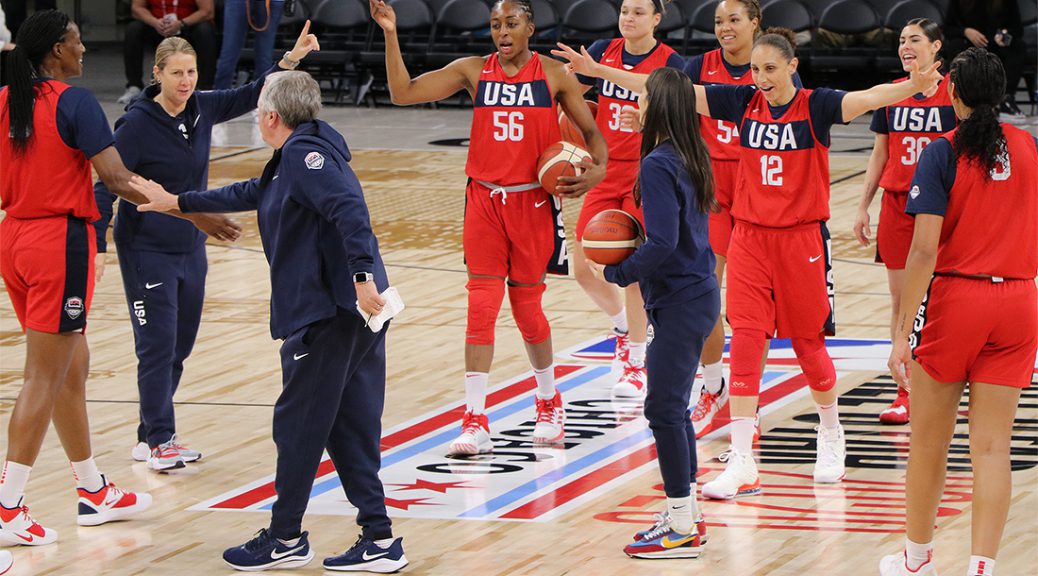 “The world is yours. This is only the beginning,” said New York Liberty Guard Layshia Clarendon. “We fought so hard with the CBA [Collective Bargaining Agreement] so the future can be better, and its on you to take it to the next step and stand on our shoulders as we did with the women before us.”

The day centered on helping develop, grow and improve the youth basketball experience at the grassroots level for players. But there’s a female-focused “Her Time to Play” session. Throughout recent years, players have let their light shine into the “Her Time to Play” as part of the league’s initiative to inspire girls to learn and play basketball.

The scene played out with game-changing perspectives. It’s breathtaking for these women, who are winners in world sports, to make the power of basketball radiate through drills as the girls played.

When women the world over challenge the status quo for  basketball recognition, the accomplishments of the day are a  catalyst for women. The Junior NBA Day feels like a roadmap to victory, but the results of the event symbolize professional women being fearless in the pursuit of their ambitions. Now it’s “Her Time to Play.” Let’s take a look.

Photo at top: USA Women’s National Team holds a full scrimmage at Wintrust Arena in Chicago during the All-star Weekend.