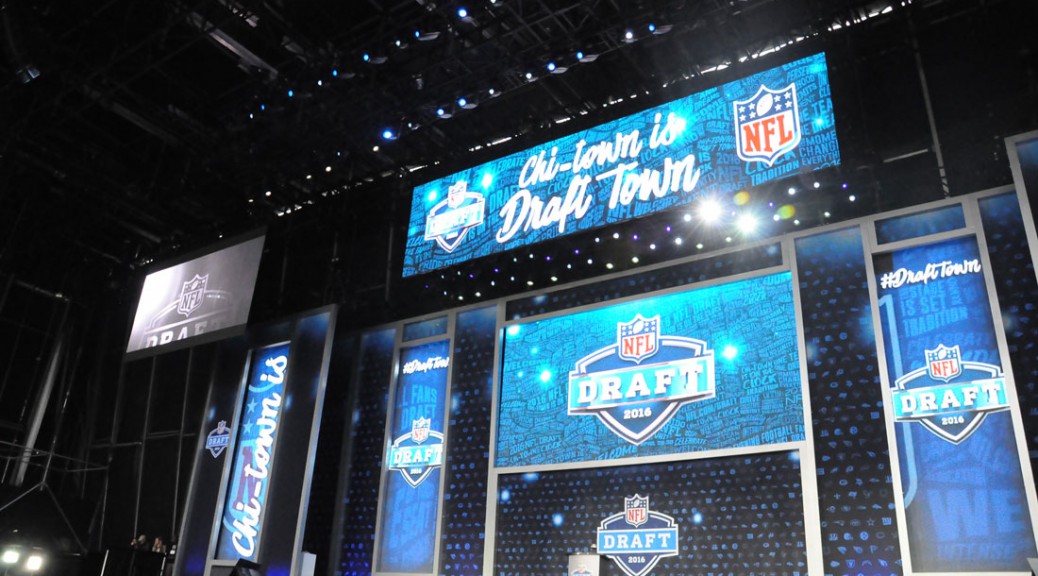 Medill students who participated in the NFL Draft class report from Auditorium Theatre at Roosevelt University, NFL Draft Town in Grant Park, Selection Square in Grant Park, the Red Carpet and other Draft-related events from around the city in order to bring viewers the entire Draft experience, from the picks to the players to the fashion to the fanfare.

Photo at top: The stage is set for day three of the NFL Draft in Selection Square. (Hannah Gebresilassie/MEDILL)