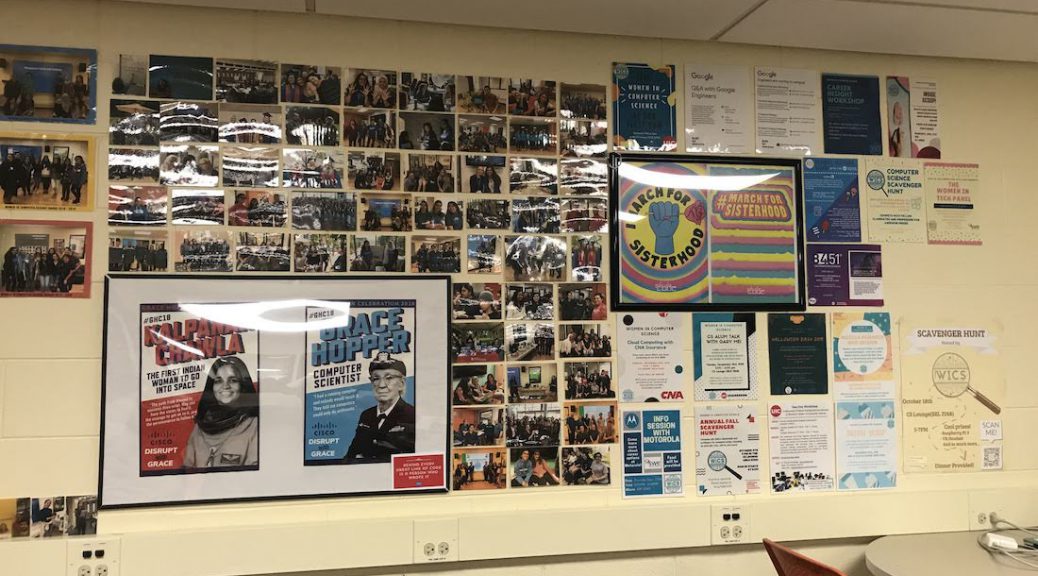 Melinda Gates is pouring $50 million towards an effort to get more women in tech, and Chicago is on the top of her list. Chicago is the first of three cities to be selected by the Gender Equality in Tech Cities initiative, or GET Cities.

Plans for the initiative aren’t finalized, but women in Chicago’s tech scene know what they want. Listen below to hear from  students, entrepreneurs, and tech workers about what they think an investment in gender equality should look like and what they’re expecting from GET Cities.

Photo at top: On the wall of the Women in Computer Science Lounge at the University of Illinois at Chicago, the club’s leadership team has displayed pictures of members, event flyers, and inspiring posters. UIC is the official academic partner of GET Cities, due to its robust technology curriculum. (Camille Galles/MEDILL)