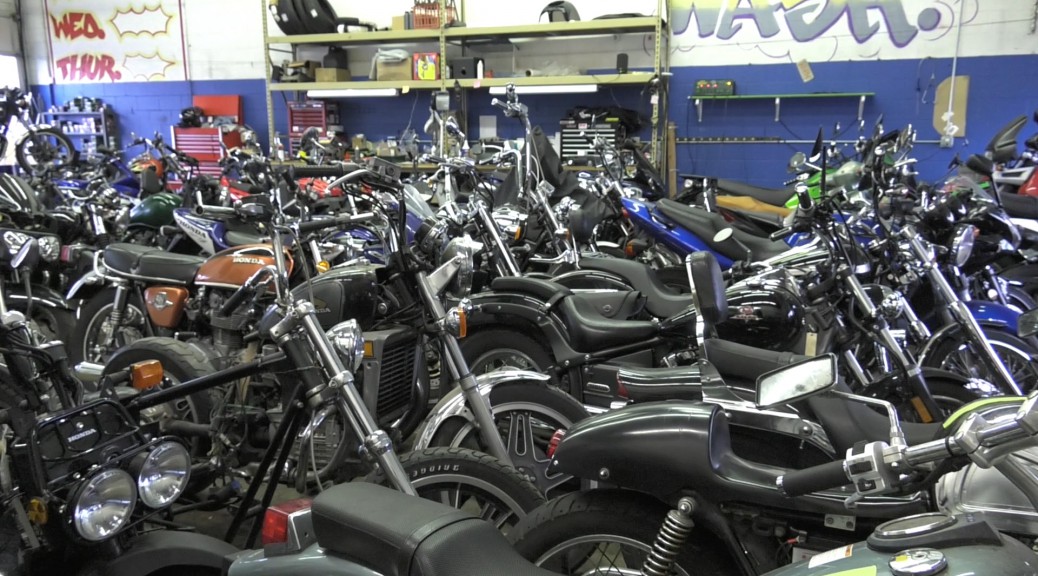 The end of a Chicago winter means motorcycle riding season is just around the corner.

“I came from California where we don’t have riding season so this is all new to me,” said ACME Cycle Chicago customer Charlie Ruff.

Ruff learned how to ride a motorcycle with the help of a friend and at her school. Although she’s not opposed to newer model bikes, her preference is with the vintage and classic models.

“I would definitely own a new bike but as of right now I’m kind of a sucker for the vintage,” said Ruff

Sometimes Ruff does her own mechanic work on her bikes and uses YouTube as a guide. She says the older bikes are easier for her to repair.

Massimo Cipolletta has worked at ACME Cycle Chicago in Belmont Gardens for a year and a half. As a rider himself, he sees how old and new bikes are hitting the road together.

“The industry has changed a lot over the years, there’s a lot more camaraderie, I guess you can say.” said Cipolletta. “You’ll see Harleys riding with sports bikes now, where at one point I think there were a lot of groups that didn’t want to intertwine with the other groups.”