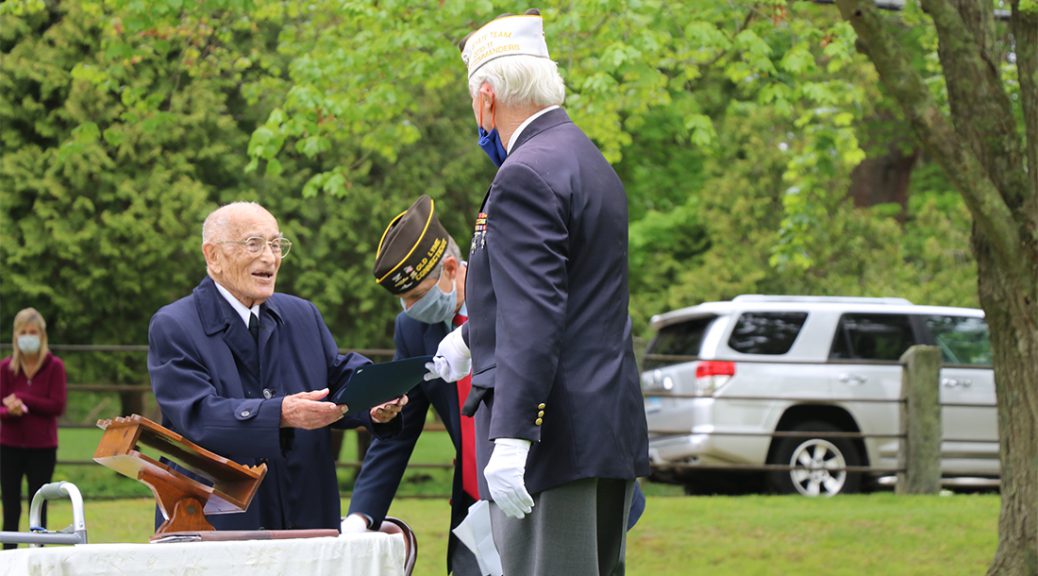 The echo of “Taps” could be heard this past Memorial Day in Old Lyme to honor its veterans. With the annual parade canceled, few were in attendance on the Duck River Cemetery — no chatter, no applause, no gun salutes. Despite the small turnout, veterans like Robert Roser, 91, were thankful to share the moment with his fellow VFW Post 1467 members.