Although tall ships were exclusively the province of men when they were used to ship lumber after the 1871 Chicago fire, the replica ships that sail Lake Michigan these days more often than not feature a few women on their crews. 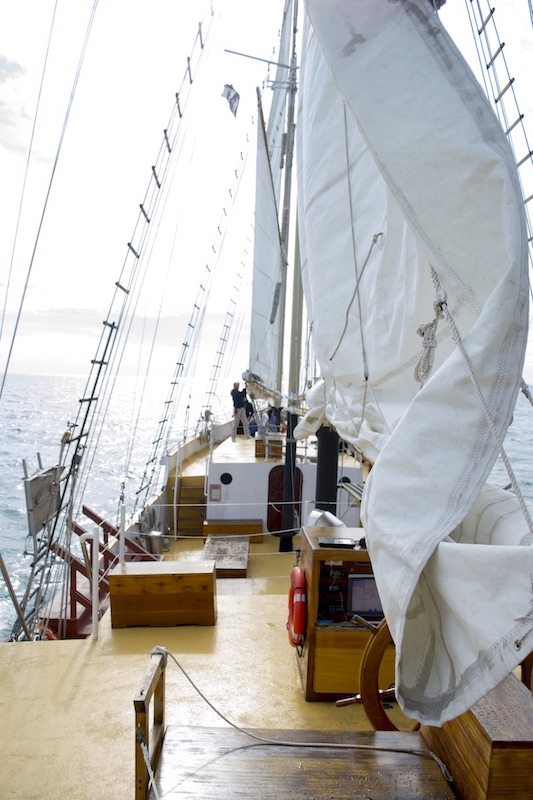 The tall ship Windy, a replica of a steel tall ship, sails out of Navy Pier. Tourists can pay about $20 for a 90-minute ride around the harbor, or rent out the entire ship for parties, weddings and other celebrations. Carol Klinger, 52, is a senior deckhand and has served as a crew member on the Tall Ship Windy for 17 years. Being a woman on a tall ship has its benefits, she says, citing examples such as being the only crew member small enough to fit inside the bilge, which can take on water and destabilize the ship if not cleaned regularly.

A passenger for the first time at age 35, Klinger found herself caught by the feeling of being on the water, sailing along Lake Michigan. Although she works full-time as the secretary of religious education at St. Cecilia Catholic Church in the Chicago suburbs, Klinger loved being on the water so much that she cut back her hours at the church in the summer to sail full-time on the Windy during the summers. 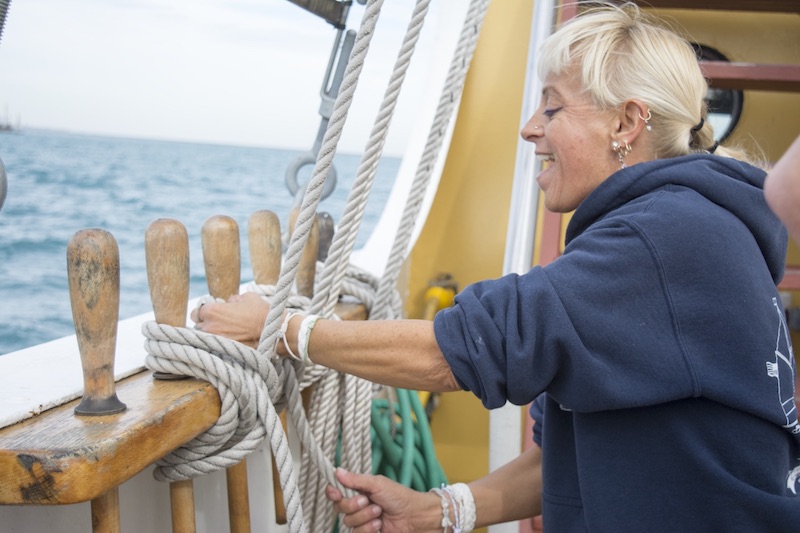 Klinger cites the tall ship atmosphere as friendly to women. In her 17 years of crewing she has seen the number of women grow, and once or twice even sailed with only women crew.

Although a crew member’s duties vary by the trip and the day, Klinger often is tasked with teaching passengers to hoist the sails, which she and the other crew members then tie off. Women and girls frequently volunteer to haul the sails up, she said. 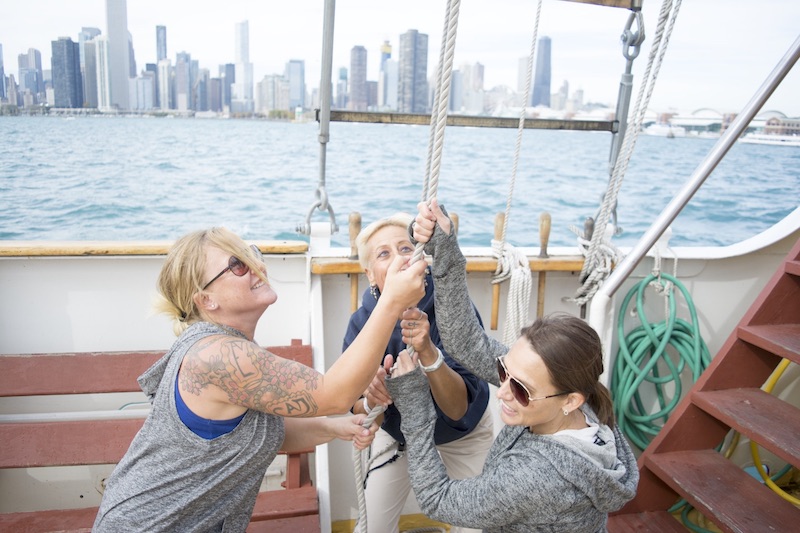 Klinger relishes the chance to teach these passengers this small part of sailing a tall ship. It was something she volunteered for eagerly the first few times she sailed as a passenger. “It’s what first caught me,” she said.

Before joining the Tall Ship Windy as a volunteer, the most athletic thing Klinger had done was play the flute in her high school marching band. The thought makes her laugh. Now, lean cords of muscle stand out on Klinger’s arms, earned by years of raising the sails, scrubbing the bilge and tying rigging. 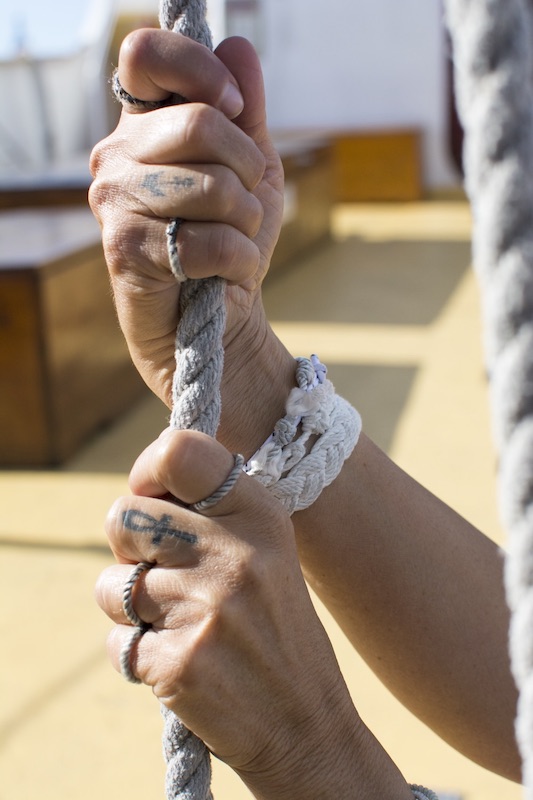 The Windy sails from May to October. Now that the boat is out of the water for the winter, Klinger has returned to working full-time at her Mt. Prospect church, and waiting eagerly for the start of the next sailing season. Several times a year a crew will sail the Windy to a berth in tall ship festivals all around the U.S., heading north to Wisconsin or all the way to the mouth of the Gulf of Mexico. Crew members have to find ways to entertain themselves for more than a week. This portrait of Klinger’s hands shows the rings and ropes she braids to pass the time. 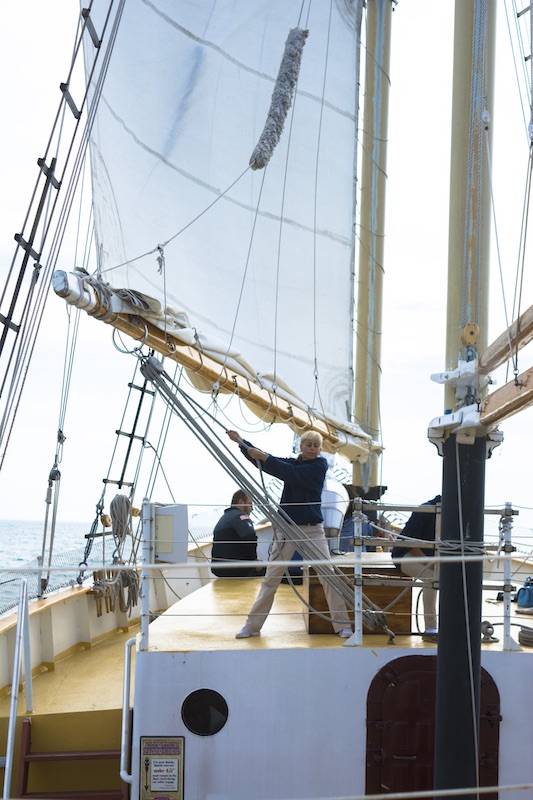 The crew rotates every day, meaning sometimes Klinger runs the crew as first shipmate, while other times she follows the first shipmate’s orders. Klinger hopes to train for her captain’s license soon, so she can pilot the ship herself. It takes several weeks of training in Illinois, or one intensive course that she can complete in a week in Florida. Her mother is ill, however, and that has forced her to place her own plans on hold.

The Windy’s route off Navy Pier could be rote for the crew, passing the same lighthouse several times, but Klinger finds it nothing short of enthralling each time. She loves the feeling of being on the lake, she says, and the freedom that comes from sailing. She can let go of everything that weighed her down on land.

PHOTO AT TOP: A view of the city. (Kate Cimini/MEDILL)