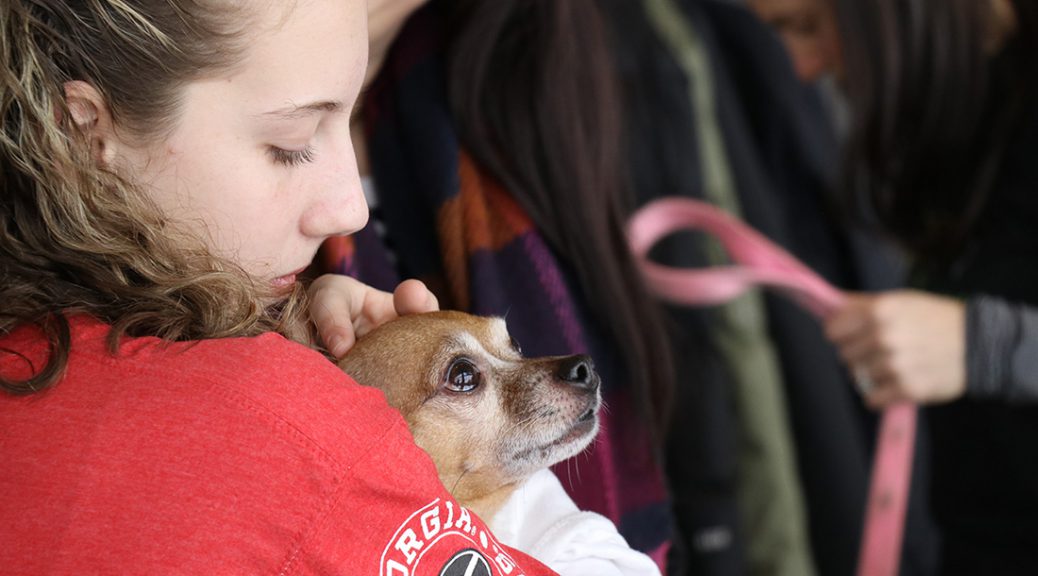 People came to find some love at the top of Chicago  – or close to it. A Chicago animal rescue organization made the matches, bringing dogs in need of adoption to 360 Chicago where the pups won hearts and people learned about responsible pet care.

Alive Rescue, a local non-profit organization, brought 21 adoptable dogs up to the observatory deck on the 94th floor of John Hancock Center on Sunday. The TILT & Tails event helped potential adopters find their perfect pet and raised money for the organization to continue the mission of saving, rehabilitating and placing abandoned, abused and stray animals in new homes.

Chili the cuddly Chihuahua made friends with a lot of tourists and Johnny Casino, a lab mix from Tennessee, totally fell in love with a lady he just met.  Having dogs at one of Chicago’s most famous tourist attractions brought outreach to a wider range of people, said Kristen Gerali, the founder and president of Alive Rescue. “[Visitors] are coming to enjoy the view, but now there are puppies here. So now they are hanging out with puppies and learning about what rescue is all about and just getting the word out about Alive Rescue,” she said.

All revenue from the general admission tickets  to the observatory deck was donated to Alive Rescue. Potential adopters, however, will have to go through the formal adopting process before bringing home their new furry friends.