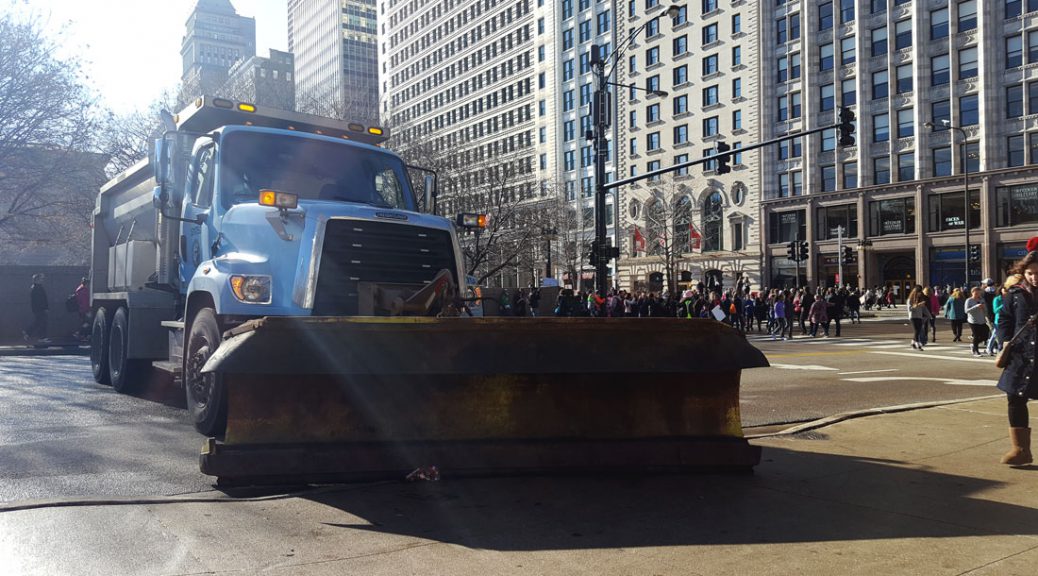 Chicago joined more than 600 cities worldwide in anti-Trump protests.  The Women’s March on Chicago drew more than 250,000 protesters, the day after President Donald Trump’s inauguration.  The city’s sanitation workers were left with cleaning up the trash left behind from the sister march.

Photo at top: Trucks from the Chicago Streets & Sanitation Department were abundant at the rally. (Alaina Boukedes/MEDILL)