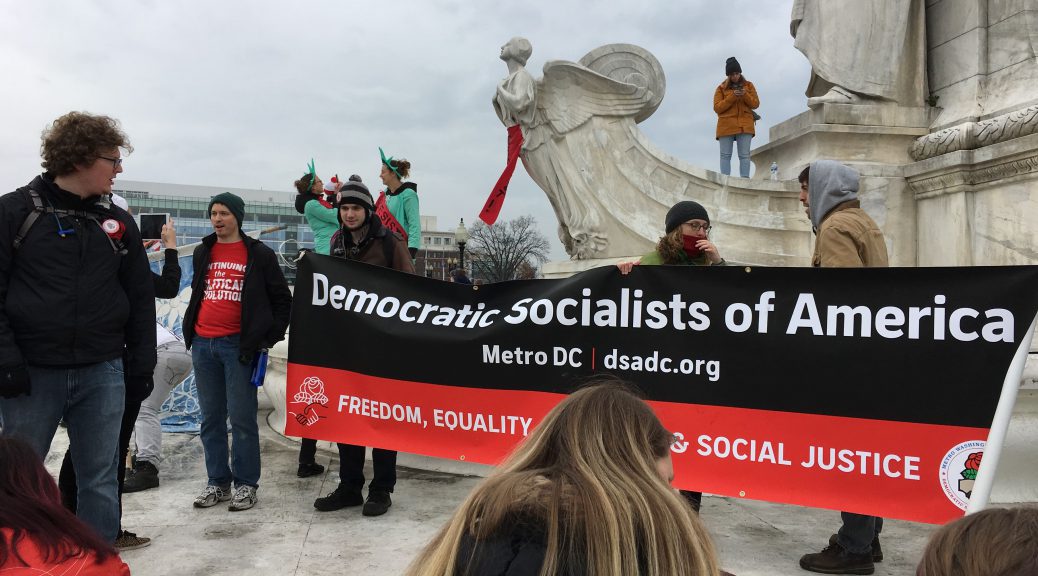 During a weekend where over 600 members joined the longstanding left activist group, the Democratic Socialists of America made their mark on the protests surrounding the inauguration of Republican President Donald J. Trump.

‘We can’t take this sitting down’: a Socialist Group’s Moment of Resistance