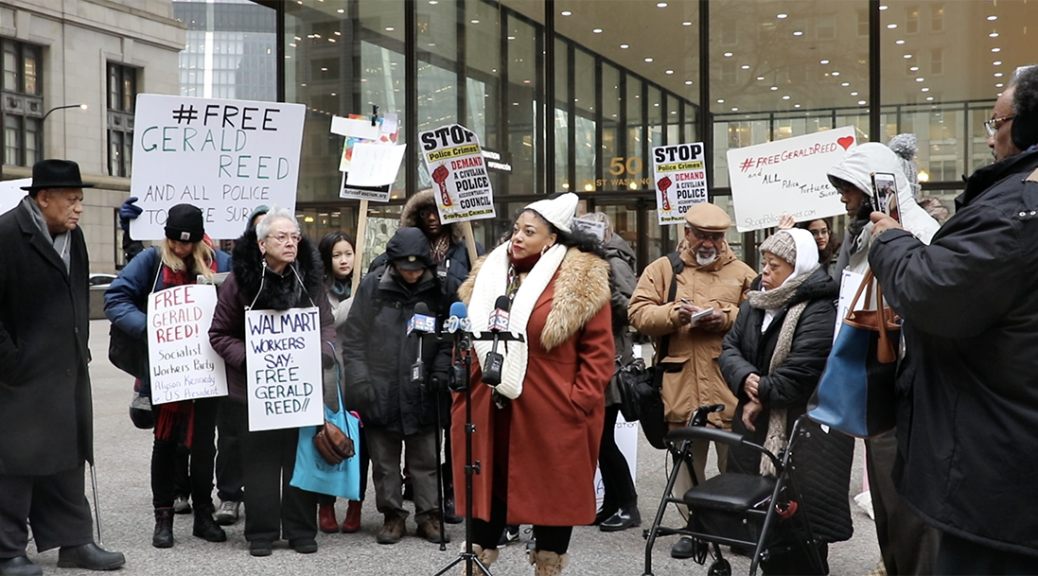 Protestors gathered at Daley Plaza Feb. 25 to call for the release of Gerald Reed, an inmate who was allegedly tortured by Chicago detectives, after a Circuit Court Judge reversed a decision that had granted him a new trial.

Reed, 56, was convicted of a double murder in 1990 and claims that he was tortured into giving a false confession. Reed’s allegations include having a metal rod in his leg broken while being interrogated by former Chicago police commander Jon Burge’s detectives.

“Can Judge Evans do something expeditiously? That’s what we want to know,” said Aislinn Pulley, co-executive director of the Chicago Torture Justice Center. “Can he actually remove Judge Hennelly and overturn his ruling?”

The protestors were able to enter the federal building to talk to Judge Evans. Afterward, Cindy Eigler, co-executive director of the Chicago Torture Justice Center, said that Judge Evans agreed to have a meeting with Reed’s mother, Armanda Shackelford. “As far as I know,” said Eigler. “A time has not yet been set.”

In the meantime, Gerald Reed remains in prison.