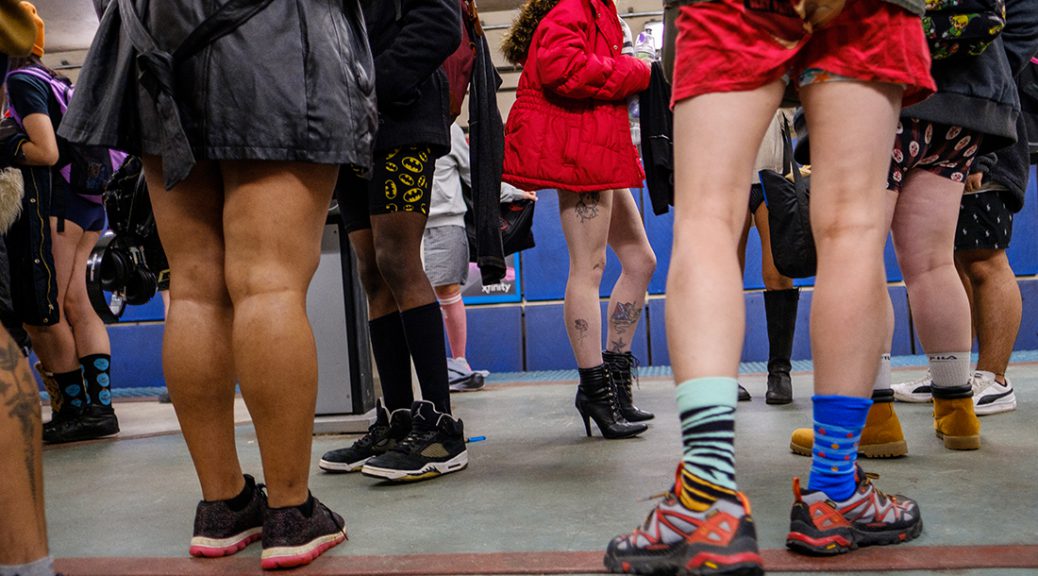 Shocked commuters watched other riders on the “L” begin to shed their pants Sunday. But shock turned to laughter as it became obvious that it was part of an annual organized event.

The 14th annual Chicago No Pants Subway Ride kicked off Sunday  afternoon with 172 riders pulling off trousers or skirts. But the boxer shorts and skivvies beneath the outer layer stayed put.

“I think it gets better every time you do it, it’s definitely more organized this year,” said Ross, a fourth-time participant of the No Pants event who declined to provide his last name.

The crowd gathered at The Morgan Parking Garage next to Loyola Station at 11:30 a.m.

The 172 participants spread the fun. They paired up and joined one of eight groups. Each group took over one car, and each pair got off at assigned stops with their pants off to wait for the next train.

“This year was an awesome turnout,” Preston said. “Last year we had 110 (participants), this year’s final count was 172. The marketing and media contacts I had this year truly helped.”

The event was started in New York in 2002 with seven participants by Improv Everywhere, a New York based comedy collective. It has now extended into an annual global event and was staged in 20 cities this year, with thousands of participants across the world.

Photo at top: Some 172 Subway riders took their pants off for the annual “celebration of silliness” on CTA Red Line on Sunday. (Photo by Ninghui)