Sales during the quarter increased 4 percent to $1.65 billion from $1.58 billion driven by a 15 percent increase at the company’s Champion brand. 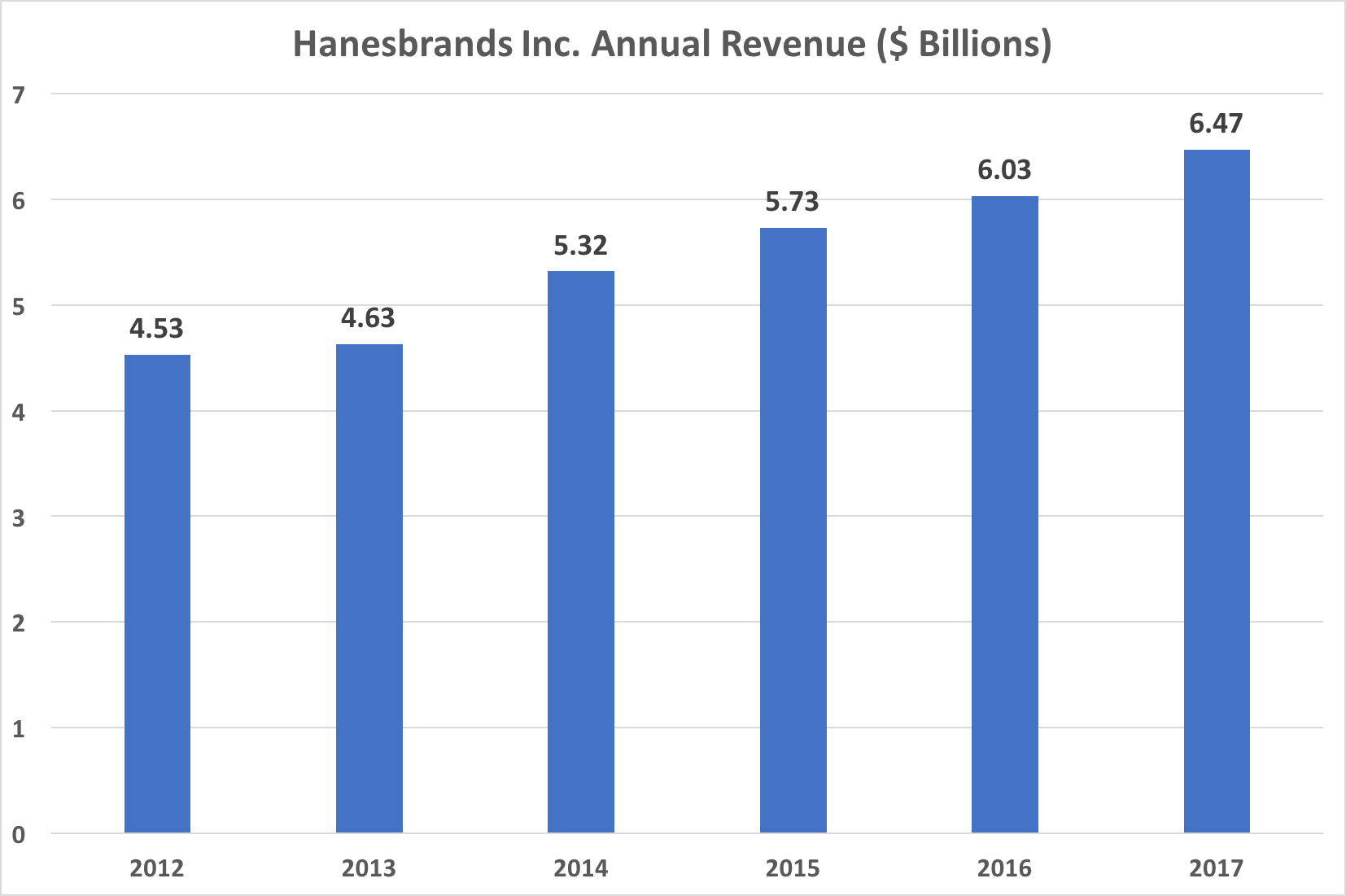 Hanesbrands revenue has steadily increased over the past five years.
(Brian Baker/MEDILL)

Operating margin fell more than 500 basis points to 7.3 percent in the quarter due to higher distribution costs related to late-quarter orders and an increase in marketing investments.

“While we’re not satisfied with our profit performance, we believe these issues are short-term in nature and we see a clear path to return to margin expansion,” said CEO Gerald Evans during a conference call with investors.

The shortfall is due in part to a cautious outlook for the U.S. physical retail environment and the impact of store closings during the first half of 2018.

The basic apparel giant also announced the acquisition of Bras N Things, an online seller of intimate apparel in Australia, New Zealand and South Africa, for about $400 million. Bras N Things had sales of roughly $144 million in 2017.

During the call, Evans said the Sydney-based company has “a proven process of driving growth through store optimization, disciplined pricing and successfully balancing core and seasonal products.” Hanesbrands believes the acquisition will help in attracting millennial consumers.

In a research note to clients, Cowen analyst John Kernan said he had concerns over Hanesbrands’ ability to generate increased organic growth while maintaining what he believes are peak operating margins.