After a relationship spanning several summers, American consumers appear to be calling off their long fling with pricey, big designer handbags. The American woman has turned her affection toward smaller bags because they’re more innovative and affordable. Surprisingly, the rise of the smartphone is helping fuel this shift in trend.

Like other luxury-goods segments, the handbag industry is primarily trend driven, with a constant ebb and flow in consumer taste. For years the industry enjoyed robust growth and big profits as high-end makers of big brands such as Chanel and Yves Saint Laurent brought out new shapes and silhouettes. And big was in.

A softening in sales over the last several quarters indicates the shift underway in consumer buying habits. And that has put a dent in profits of some of the industry key players. 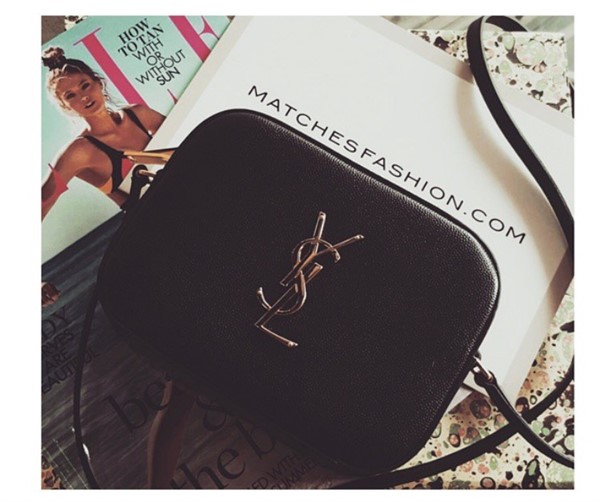 YSL Crossbody: Designed to be worn on one side of the body with the strap looped over the opposite shoulder. (Poroma Pant/MEDILL)

“The handbag segment has become over-saturated, with too many brands playing in the same category, resulting in consumers’ fatigue and decreased purchases,” says Ketty Maisonrouge, a luxury goods specialist.

A few years ago Celine’s introduction of its Nano bag had consumers in a shopping frenzy over miniature bag versions of their favorite classic design. Since then the “go small or go home” policy has laid claim to the market, as a glance at the glossy pages of Vogue and ELLE makes clear.

“Chanel costs three times more than Michael Kors but you know that you’re paying for superior quality. Michael Kor’s $1000 to $2000 tote collection does not quite reflect the same degree of quality,” she said. “However, a smaller cross-body like the Romy is affordable and lets you parade a brand name.”

Her reasoning resonates with the industry. In recent weeks Coach Inc. and Michael Kors Holdings Ltd both turned in year-end results that underscore the trend’s impact on their bottom lines.

Coach, which has been relatively slow to respond to the change in taste, saw revenues decline 7 percent in its latest quarter. Coach appears to be counting on newer, smaller handbags as its vehicle for a rebound: in the third quarter of last year, for example, it rolled out its “Chelsea Cross-body,” which Chief Executive Officer Victor Luis called “a key under-$300 item.”

Technological advances are playing a role in the switch. Consumers’ iPods and smartphones have become such know-it-alls, Idol says, that “Contents of a handbag now are getting smaller,” because as “more things end up on your phone, you need less things in your wallet.”

Quick to adapt and one step ahead of its competitors, Michael Kors created smaller wallets, knowing consumers would require size appropriate wallets for their new smaller bags. 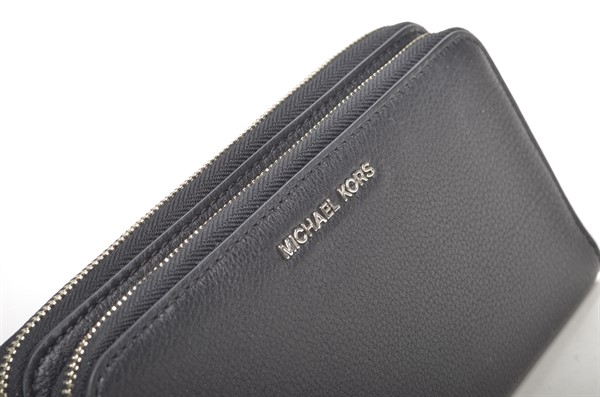 Along with the wish for a new style, consumers these days welcome budget- friendly price tags, especially millennial women. Millennials tend to be highly sensitive to price, as they face burgeoning student debts and a volatile economy, which in turn effects their purchasing habits.

That’s a certainty for 22-year-old student Prabhjhot Kaur, “I have a small red leather Coach bag. Like many girls in their twenties as myself, I liked stepping up from the clearance section of Target for small bags to a Coach. I can get that upgraded luxury look without the Birkin Bag cost.”

“I can have a simple designer bag to wear out. I can at least afford to buy myself a drink or two at a bar when I wear the bag out,” she added.

For every student knee deep in the financial crisis or worried about their job, there is always a Kardashian sister, burdened with the responsibility of racking up Birkins. The future of the luxury handbag retail market may not be as bleak as some people imagine. For such buyers, success and sales lie in the emergence of new styles like the Cross-Body and increasingly popular Bucket Bag.

The bucket bag: roomy bag shaped like a bucket, usually has an open top and shoulder strap. (Maegan Tintari/Flickr)

“These shapes could be a significant catalyst for the industry, given the uniqueness and differentiation of this style as compared to the standard tote shapes that are ubiquitous in the marketplace today”, commented luxury analyst Randal Konik in a recent report.

“There is a desire from customers to discover something new, and always being the trail blazer”, said Maisonrouge, also a board member at luxury brand J Mendel.

Long gone are the days when consumers would buy the same bag in a new colors. “It used to be that brands were driven by an iconic bag in a plethora of colors, but that trend has plateaued” said Sarah Blair, Barney’s New York’s Senior Vice President for shoes and bags to trade magazine Women’s Wear Daily.

A shift in shoppers’ tastes to smaller designer bags is setting off innovation in the handbag industry. (Poroma Pant/Medill)