With the drop in oil and gasoline prices, the auto industry is increasingly betting on larger size cars including SUVs, crossovers, and pickup trucks. At the Chicago Auto Show Thursday, Ford, Nissan, and Hyundai all introduced new lines of SUVs or crossovers.

“The trend is undeniable. Since 2010, small SUV sales have been up by 100 percent,” said Mark LaNeve, Ford Motor Co. vice president of Marketing, Sales and Service.

LaNeve said Ford will launch four all-new sport-utility vehicles over the next four years. The SUVs could be launched in North America, Europe, Asia or South America or in all of those regions.

“Millennials, now around the age of 30, are buying new vehicles, and they want SUVs,” said LaNeve. He said millennials in the U.S. are starting families, and the interest in SUVs rises sharply for new families. As for baby boomers, they still have a preference for SUVs.

“It’s a demographic double whammy and it all points to one thing — more SUVs for the foreseeable future,” said LaNeve.

Even when gas prices rise, LaNeve is confident the surge in demand for SUVs is unlikely to fade away. He explained that the gas price is not the only reason why people are going for larger cars. The growing demand, he said, is largely driven by the lifestyle these bigger cars can offer. 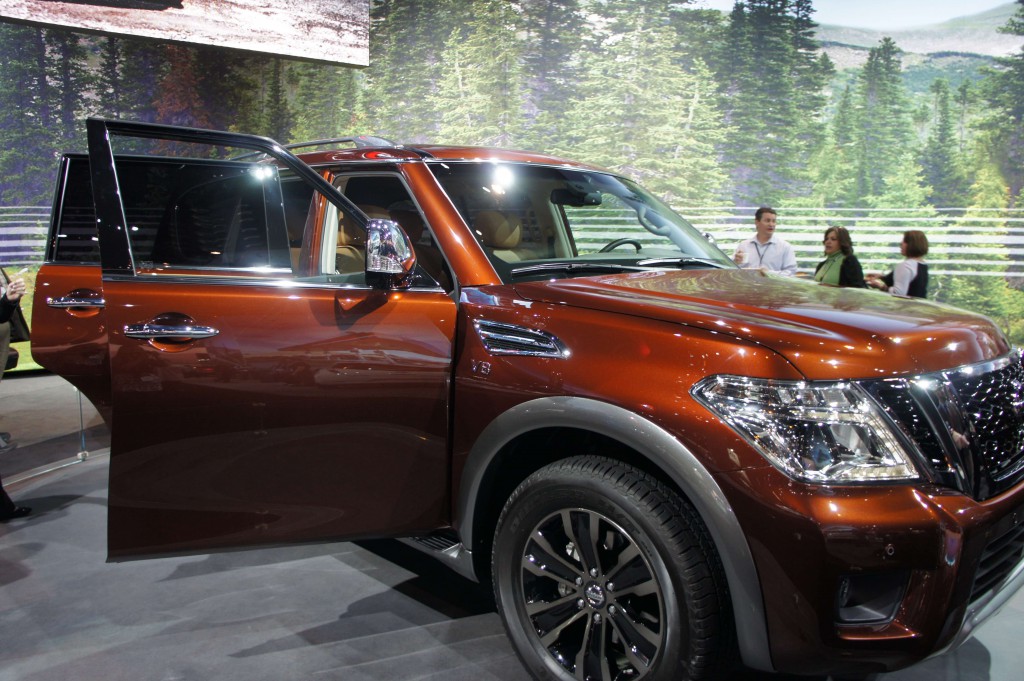 “For the full size SUVs segments that consumers are really more interested in, that powertrain to be tuned for torque, and the ability to tow, and acceleration, and that in-vehicle safety feel, so to be able to change lanes quickly and comfortably, so that’s really how we tuned this vehicle,” said Robin Moreo, senior manager product training at Nissan North America.

The second-generation of the flagship SUV is a complete transformation from the Nissan Titan pickup with more safety and entertainment features that suits American lifestyle.

David Zuchowski, president of Hyundai Motor America, said, “We anticipate selling 90,000 Tucsons. For Santa Fe Sport, we are gonna increase production.” He said 2015 was a record year in sales for Hyundai, and crossover utility vehicles, or CUVs, proved to be the star in the market. Tuscon sales were up by 34 percent and Santa Fe sales up by 9 percent.

“I am excited, but at the same time, I don’t want to see the market become oversaturated,” said Tim Lawson, director of remarketing at Mike Albert Fleet Solutions. “If anything happens to the gas price again, then that doesn’t go well for these types of vehicles in the marketplace.”

Kia revealed three hybrid vehicles, one of them a crossover, the 2017 Niro, plus a redesigned Optima hybrid and an all-new Optima plug-in hybrid. 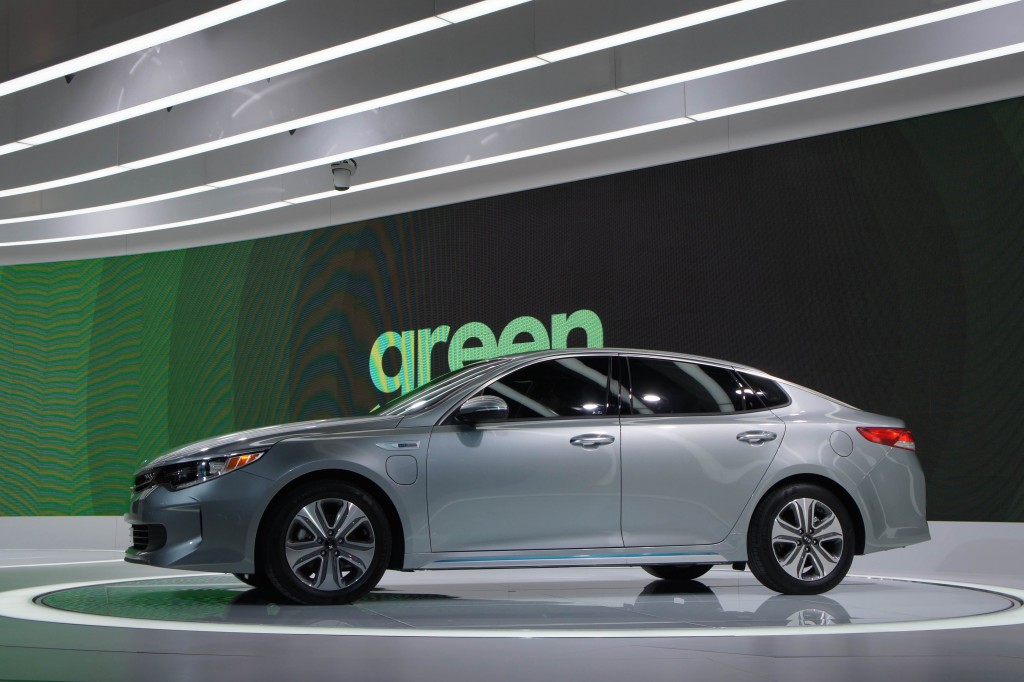 Though hybrid sales are falling, Kia plans to grow its green car line-up from four to 11 models by 2020. The crossover is the fastest growing segment of the U.S. auto market.

The Niro is powered by a four-cylinder engine that generates 103 horsepower and 195 pound-feet of torque, in tandem with a 43-horsepower electric motor.

One observer, Micheal Latone, a former Sirius XM regional manager,” commented that “when you look in long terms, I think the hybrid just makes more sense. I think they are a lot more advanced now than what they used to be.”

Orth Hedrick, vice president of product planning for Kia, said: “ Kia’s system is the first in the industry to monitor and adjust for both ascending and descending scenarios, and can improve fuel efficiency up to 3 percent.”