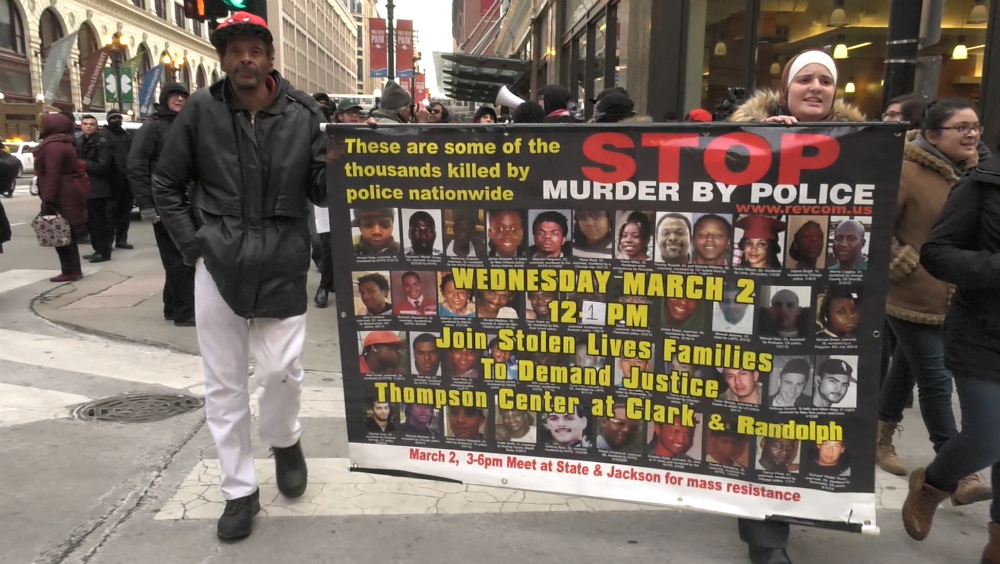 In recent months, the groups have been motivated to head to the streets every time there is a new name involved with police shootings. They walk around downtown Chicago disrupting businesses, chanting at police officers and encouraging people to vote. Anti-police terror protesters said they want public officials held accountable and won’t rest until they see justice for the victims and their families.

In Tuesday’s primary election, Anita Alvarez conceded the State’s Attorney Democratic race to challenger Kim Foxx after being heavily criticized for her handling of police shootings and under pressure by protesters to resign.

One protester who is especially angry with police is Janet Cooksey, the mother of Quintonio LeGrier. Cooksey is particularly critical of 911 operators after her 19-year-old son called for help three times. It wasn’t until after the third call that a dispatcher sent a police officer his way.

Once the officers arrived at the scene, police said LeGrier was combative. In the response, he was shot and killed by police along with an innocent bystander, Bettie Jones.

The number of people killed by police each year in the city are disproportionally Black and Latino. Eight people were killed by Chicago police officers in 2015 and seven of them were African American.

Photo at top: Demonstrators against police brutality take to the streets of downtown Chicago. (Emiliana Molina/Medill)