“Superhero comics are selling best because that’s what people are familiar with,” said Raphael Espinoza, manager at Chicago Comics Inc., but it is other comics that make this store stand out.

The 26-year-old Chicago Comics store sells many old issues of comics and a wide variety of graphic novels, including fictional and non-fictional, said Eric Kirsammer, the owner, motioning toward a wall of old comics behind the counter.

“They have a good selection of older comics from the 1980s or 1990s to comics that are being released now,” said Colin Finn, who came to the store with his brother.

Together with another book store Kirsammer owns, the business grosses over $1 million a year, of which one-third comes from the book store and two-thirds from the comic book store, which has five employees, Kirsammer said.

There is a growing trend in “Stoner Comics” which depict absurd humor among characters, Espinoza said. Stoner Comics depict experience under recreational drugs and they are drawn in a style formerly used to draw in Microsoft Paint.

“I like light-hearted comics, to escape from politics in everyday life,” said Dave Meads，who was selecting comic books, “because I am too involved in daily life.”

The store will also try to resist in its own way, Espinoza said. “We will have more dystopian fiction and fiction about civil rights struggles. ”

“Our profitability has been neutral these past years, because the comic industry is in a low,” Kirsammer said. 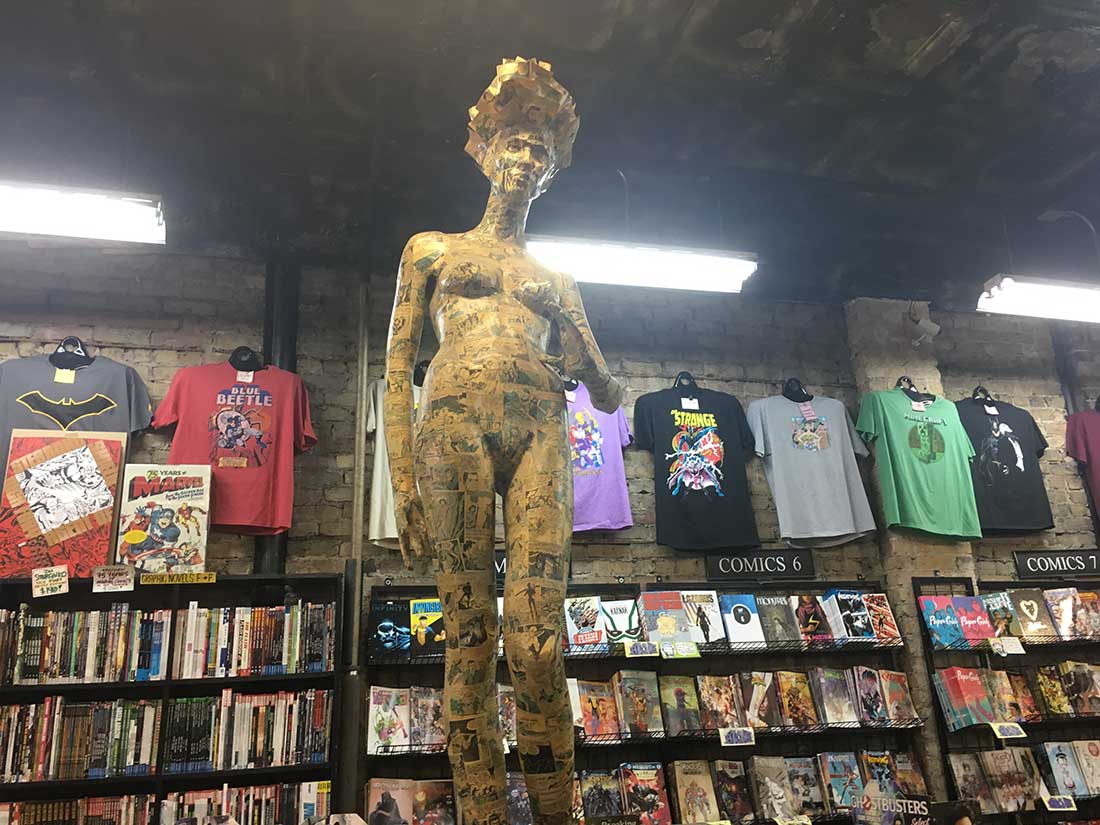 He said the main reason for the flat profit is that publishers, notably Marvel or DC, lacked compelling products since last year. In the past, big companies used to come up with big selling products, he added.

Another reason, Kirsammer said, is that while comics have become more popular in recent years, more comic book stores have emerged and the business has become more competitive.

Nevertheless, “I am optimistic,” Kirsammer said. He said that since “there is a lot of construction going around the store which is turning people away”, and once they are finished, there will be more people coming to the store.

Revenues fluctuate during the year. As the store is located a couple of blocks from Wrigley Field, home of the Chicago Cubs, it gets a lot of walk-in customers when the Cubs play, Espinoza said.

Kirsammer said they try to create their own events, like more author signing sessions, new releases and kids’ drop-in reading,

The influence of the Internet is apparent. Sometimes people will pick up a book, look at it for a while, then leave and place the order on Amazon, but a physical store can do more than placing orders, Espinoza said.

Because comics have so many genres, comic book green hands need recommendations, and he can make suggestions based on what kind of TV series customers like, Espinoza said.

“I don’t think Amazon can do this,” he said, but he still sees Amazon as their biggest competitor in the future and says the store should have developed its online platform earlier and better.

Although the store set up an eBay store in 2004, it still takes in more revenue from in-store sales, according to Kirsammer.

“The store is nice, but sometimes it’s a little bit pricey,” said Meads.

“We usually sell at cover prices, which Amazon doesn’t,” Espinoza said. For instance, the cover price for Batman Vol.1 is $16.99; Amazon sells it for $13.90, plus shipping.

“Comics are ultimately continuous sequential storytelling methods,” said Espinoza, with non-fictional comics usually about the writers’ life experiences. Some are journalists returning from war zones or places people know little about. He pointed to Joe Sacco’s Palestine and Guy Delisle’s Pyongyang: A Journey in North Korea.

The store also features self-published comics and local artists such as Gina Wynbrandt.

“She is my favorite and her books are about loose dreams, pop culture and sex,” Espinoza said. Although originated as a subculture in punk, “underground DIY culture is prevalent in comics.”

“I guess I like comic books just because they give me hope,” said Chris Cano, who was shopping in the store. As the world is “unfair in general”, comics have the idea that “the world is inherently supposed to be good” and some people “if given power wouldn’t be corrupt,” he said. 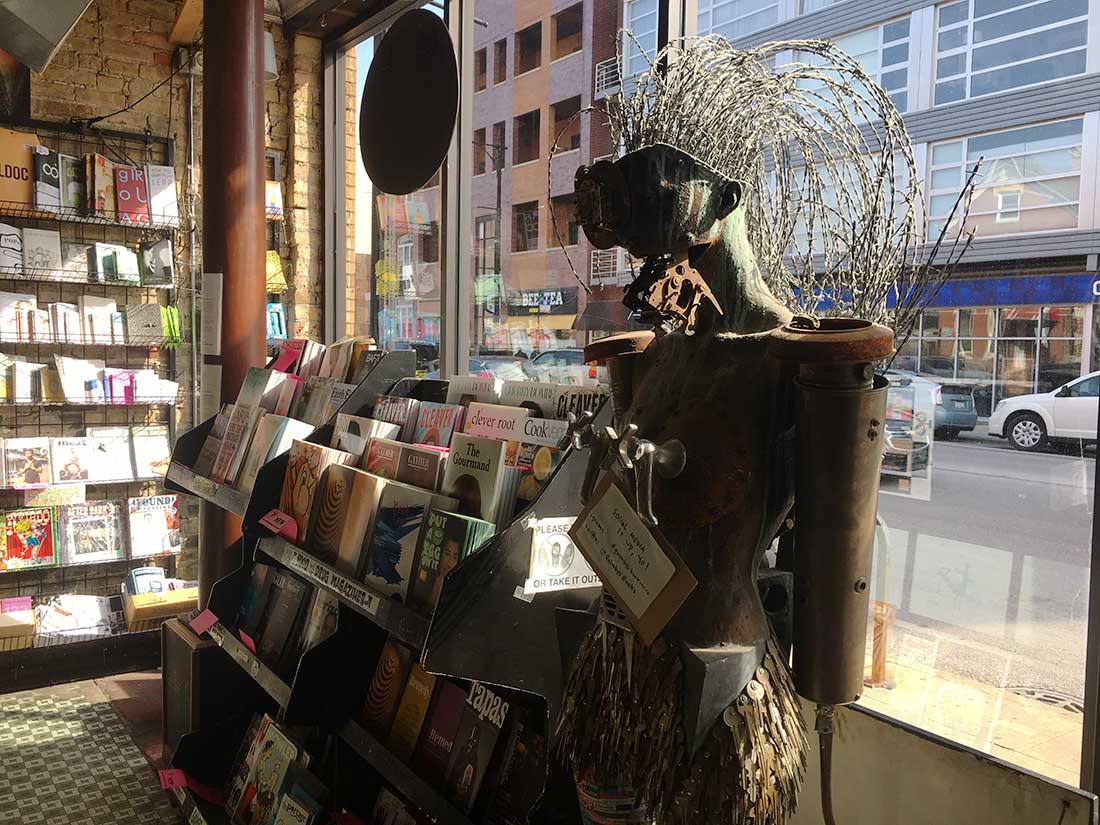 The other book store Kirsammer owns is called Quimby’s, on West North Avenue, in the Wicker Park neighborhood, 15 minutes’ drive from Chicago Comics. According to its website, it specializes in “unusual publications, aberrant periodicals and saucy comic booklets”.