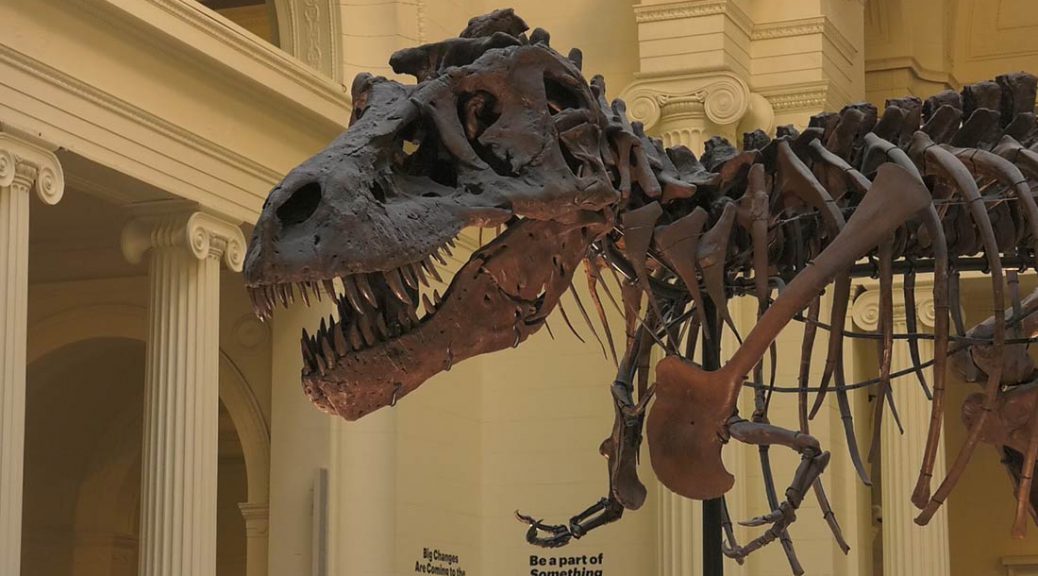 Chicago’s beloved Tyrannosaurus rex, known as “Sue” at The Field Museum, is moving to a new exhibition space on the second floor after 18 years in the museum’s main hall.

Because most of its bones are real, scientists have to take Sue down piece by piece with extra care, said Bill Simpson, a paleontologist at The Field Museum. The entire process of disassembly and reassembly will take approximately a month.

Sue will return to the public eye next spring with an updated pose, because new evidence suggests the T-rex had a different skeletal structure than originally believed. Meanwhile, a Titanosaur — the largest dinosaur ever found — will take over Sue’s old spot.